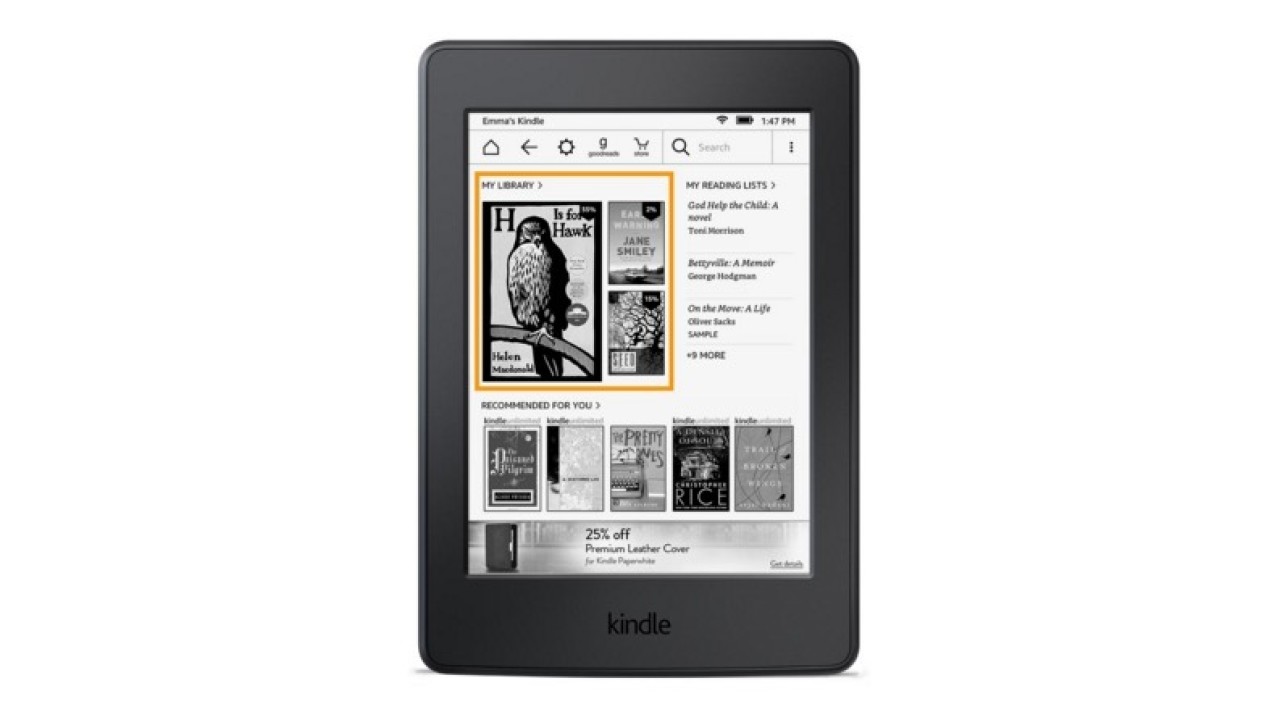 While Amazon has continuously updated its Kindle hardware, the interface has been left largely untouched. Thankfully, an update rolling out this week will fix that.

It’s also done away with the light button, which is now tucked behind a new ‘gear’ option that also gives you quick access to other settings like airplane mode and syncing.

The update is the biggest change Amazon has applied to the devices in years.

Another neat new feature is the ability to share quotes from books you’re reading directly on Facebook and Twitter. And if anyone clicks on the quote, they’ll get a preview of the book it’s from as well that’s viewable on any device and doesn’t require an Amazon account.

Amazon has also updated its recommended books strategy so you can now add your favorite genres and review or rate specific books in order to hone the suggestions you see.