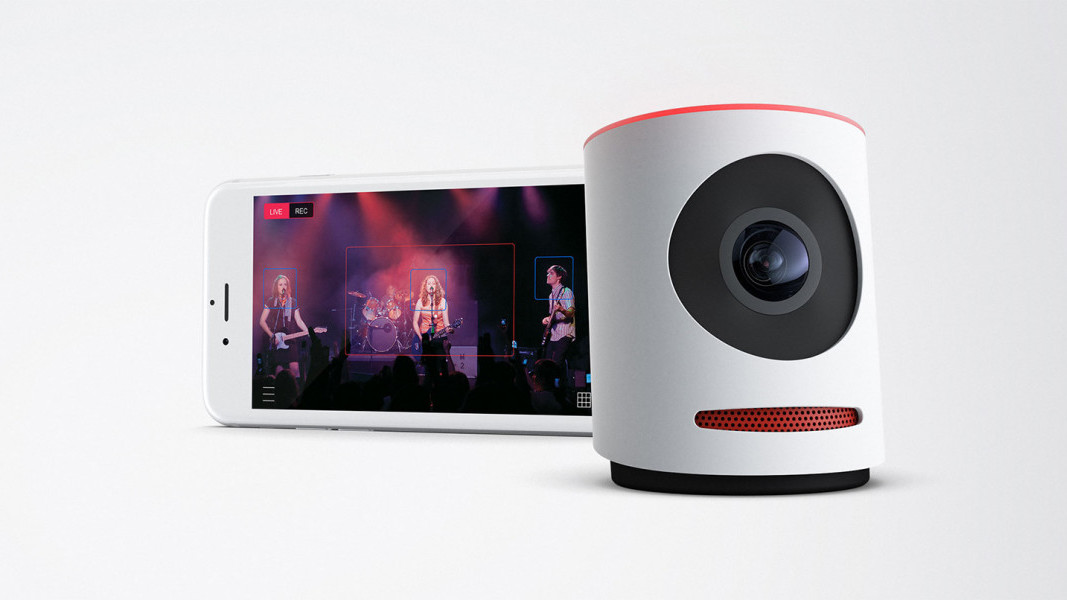 If you frequently shoot videos of live events, you’ll want to check out Livestream’s Movi. The streaming video company’s new device, slated to be announced at CES this year, lets you capture footage and use editing features on-the-fly.

The $399 Movi packs a 4K sensor, stereo microphones and a 150° all-glass lens and can be controlled via an iOS app. While shooting, you can direct the camera by interacting with the preview on your phone. Zoom into a subject, tap on an area to cut to it and drag to pan across a scene.

The company says it can also detect faces and track movement, so it should come in handy if you’re shooting concerts or fashion shows and want to shoot a single person. It’s also said to be capable of detecting when someone is speaking so it can focus on them automatically at, say, a press conference.

Movi lets you either stream your footage live via a connected smartphone or share it at a later time. It can only run for an hour on a full charge, but works with the Boost accessory for longer battery life as well as ethernet and LTE connectivity.

On its own, the Movi could help free you up while you’re covering an event and make your videos look more lively — but to say that it can replace a multi-camera setup would be a stretch. The company told TechCrunch that it might add a feature so you can use several Movis in tandem and cut between them, but it won’t be available at launch.

Livestream’s Movi will be available in April for $399, but you can pre-order it now on the company’s site for $199.