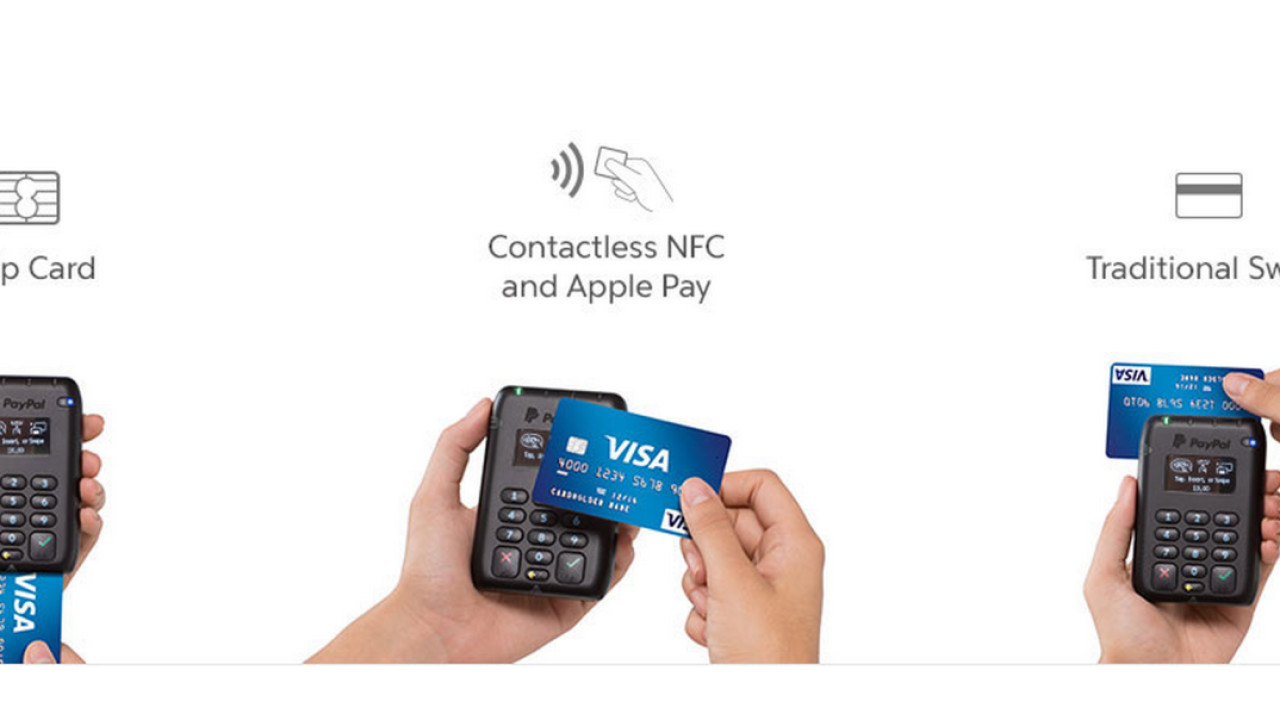 PayPal Here – the company’s Square-like transaction system – now accepts chip cards and NFC payments in the US. The company today announced a new card reader with support for Apple Pay and Android Pay in the US, in addition to old-school magnetic swipes.

We knew it was coming; PayPal announced the new reader way back in March, but it’s only now being made available in the US. Unlike the previous reader – which plugged into your device’s headphone jack – this one pairs with your mobile device via Bluetooth. It also has a small LCD display to guide you through the payment process.

The move is taking advantage of  a big payments shift in the US. Starting October of this year, merchants will lose protection against fraudulent transactions made when a chip card is used via a traditional magnetic strip swipe. Given most credit and debit cards are being reissued with chips by October as well, it’s a big incentive for businesses to switch over to new card readers.

The new reader will be available in October for $149, which is a far cry from the old model (usually given for free, or $15 for replacements) and could discourage some small businesses or freelance workers. However, if you make $3,000 worth of transactions in 3 months, you’ll receive a $100 rebate on your PayPal account, making it a better deal. Besides, you’ll have to upgrade to eventually anyway.

➤ Get ready for EMV and contactless payments [PayPal via VentureBeat]