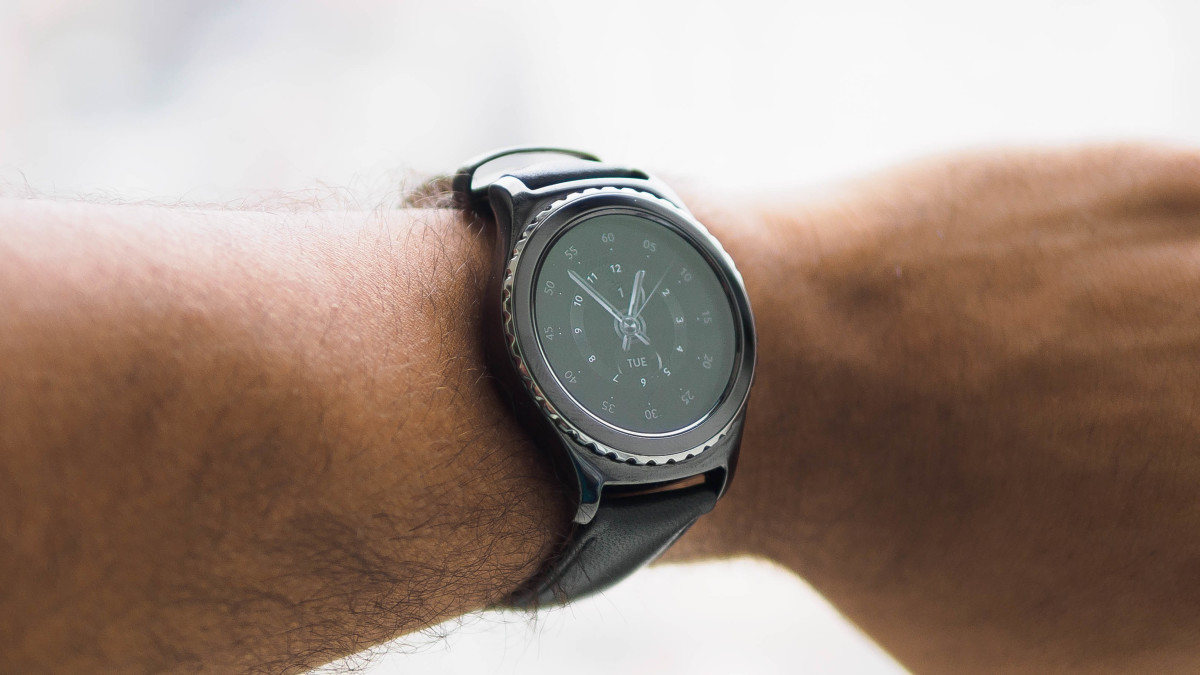 Like it or not, Samsung isn’t giving up on Tizen.

The Gear S2 – officially announced just a few days ago – is Samsung’s latest attempt at cramming it’s open-source OS onto your wrist. Don’t let the name fool you though; the Gear S2 isn’t so much as sequel to Samsung’s earlier models as a complete revamping of its wearables platform.

Most obviously, the device now comes with a circular display – a notable first for a company that has already spit out numerous smartwatches. But just important is that you’re no longer limited to Samsung’s ecosystem: any Android 4.4+ device can sync to the device.

There are also two main trims this time around, the sporty looking standard model, and the more traditional (and much better-looking) ‘Classic’ edition (and LTE-enabled model that can work without a phone will arrive later). Both models are an improvement over prior Gear smartwatches; those weren’t exactly poorly built, but at the end of the day, they were just too bulky.

Not so much this time around – both models sit comfortably on my wrist, and feel more like a proper watch. The standard S2 features rubber wristbands and a metal frame. Earlier images made it look like they were permanent fixtures, but thankfully these are removable via sturdy latch on the back of the device.

Speaking of the back, there’s a small heart-rate monitor. It worked accurately during a quick test – giving me exactly the same figure as my Fitbit Surge, but Samsung couldn’t confirm how often it measured your activity; I had to activate it manually.

The S2 Classic sports a leather band and darker metal frame with a notched bezel. It’s one of the best-looking smartwatches I’ve tried – I still prefer the cleaner look to Moto and Huawei’s devices a bit, but your mileage may vary. The classic. uses standard sized bands, so you should be able to replace them with any of your own.

The bezels aren’t as thin as on the Moto 360, but they serves a purpose: the outer ring rotates and acts as your primary way of navigating the watch’s various functions. It feels surprisingly solid and it clicks reassuringly as you spin it around, allowing you to quickly access any of the watch’s various apps and functions.

Here’s a short video to give you a sense of how it works:

A ‘back’ and ‘home’ button on the right side also help you navigate the interface, and the watch has a touchscreen too.

It almost feels like too many control points for someone who’s used to the nearly completely touch-based Android Wear. Still, using the bezel dial is definitely faster than swiping through dozens of apps on Android, and a lot more comfortable than Apple’s small crown. I can see myself preferring Samsung’s method in the long run.

The 360 x 360 display is one of the best I’ve seen on a smartwatch – it’s very sharp at 302 ppi, and the AMOLED technology means blacks are as inky as can be. Most of the included watchfaces feature a black backdrop, which should help extend the S2’s battery life (which Samsung rates at an impressive two to three days).

Like on the Apple Watch or Android Wear (thanks to a recently announced update), many of these include customizable complications for quick looks at information like calendar events, messages or data fed from apps.

Speaking of apps, Samsung’s fully aware of the importance of having a good selection of software, so it’s partnered with several brands to bring their functionality to Tizen.

It worked directly with over a hundred developers like Twitter, ESPN and Groupon for native software, and in total Samsung says we should expect “over 1,000 apps” available at launch (Samsung’s making an SDK available today too).

It’s an impressive figure, and we’ll have to see how it holds up against Apple and Android’s offerings over time.

As you might expect, the watches support Samsung Pay via NFC. Unfortunately, this feature is limited to Samsung devices, as apparently it requires security authentication via your smartphone. A missed opportunity if you ask me, but who knows if the company will eventually expand its transaction service to other Android devices.  Samsung’s new Magnetic Secure Transmission tech also didn’t make the cut, though that is understandable on such a small device.

While some will undoubtedly be disappointed that Samsung hasn’t embraced Android Wear, sticking to Tizen allows Samsung to offer some unique functionality without waiting for Google’s approval. Besides, it’s not as if there aren’t already plenty of Wear devices to choose from, so in that sense it’s nice to have another platform to choose from.

Whether or not Samsung will actually be successful with the Gear S2 is another matter entirely, but at least this time around it feels like it has a legitimate contender. The company isn’t ready to announce pricing details yet, but the Gear S2 should be available in the US starting this October, with the LTE models arriving soon after.