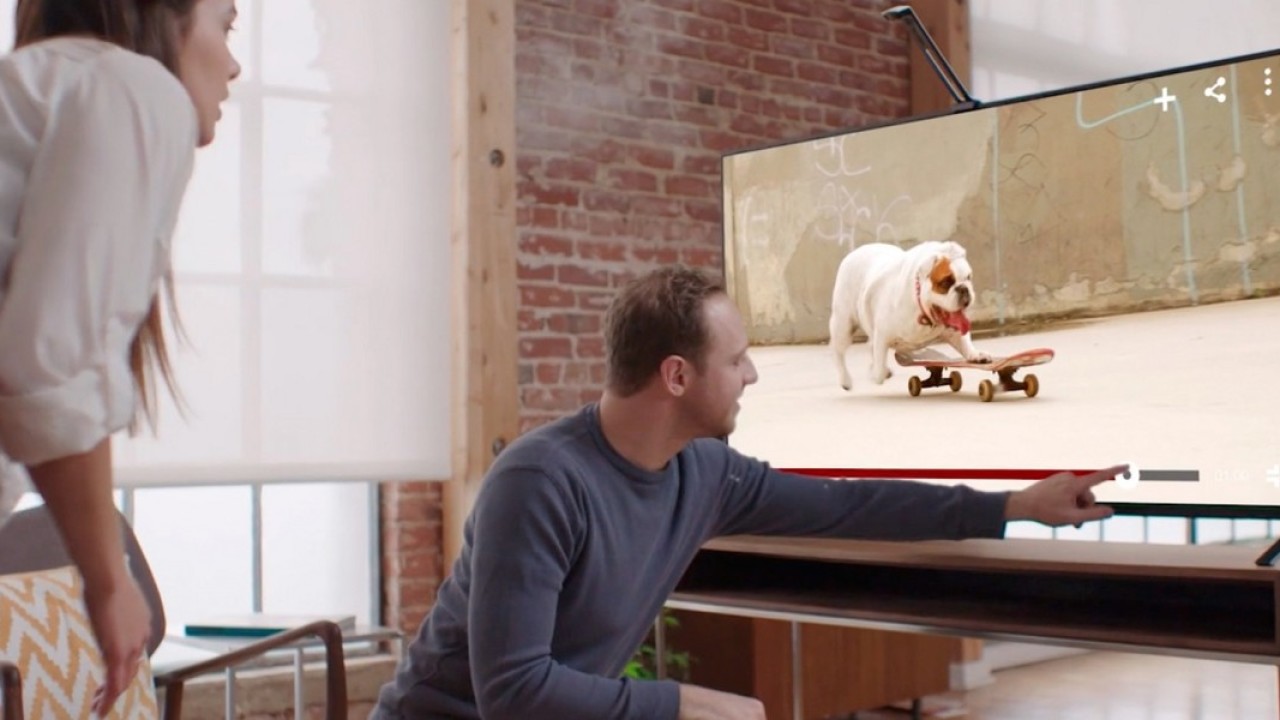 If you’ve always wanted to turn your TV into a giant touchscreen display then the Touchjet Wave is an Indiegogo campaign that you’ll want to check out.

The gadget, which promises to turn any ‘dumb’ TV into, essentially, an Android tablet, is looking to raise $100,000 and is planning to start shipping units out by March next year to the earliest backers.

In a nutshell, it’s a tiny Android device that clips to the top of your TV and uses infra-red to detect finger movements and thereby enable touchscreen functionality. And because it uses infra-red, no user data is captured, which could make it more appealing to anyone concerned about the privacy of their data.

The Touchjet Wave itself contains a 2.0GHz quad-core ARM 9 Cortext A9 processor, 1GB RAM, 8GB of storage and multi-touch support for up to four points simultaneously.

One infra-red stylus is included, and an ‘Air-mouse’ can be purchased for an additional cost. We’ve asked to see how much these will be.

For anyone worried about getting grubby fingerprints all over their television, you don’t actually need to make contact with the screen to register your button ‘presses’, you just need to be near the screen.

If you’re keen – and quick – you can get an Early Bird Wave for $99, with delivery scheduled for March next year. The next tier is $119 for a single wave, and the cheapest pledge to get a pack of two Wave units is $189.