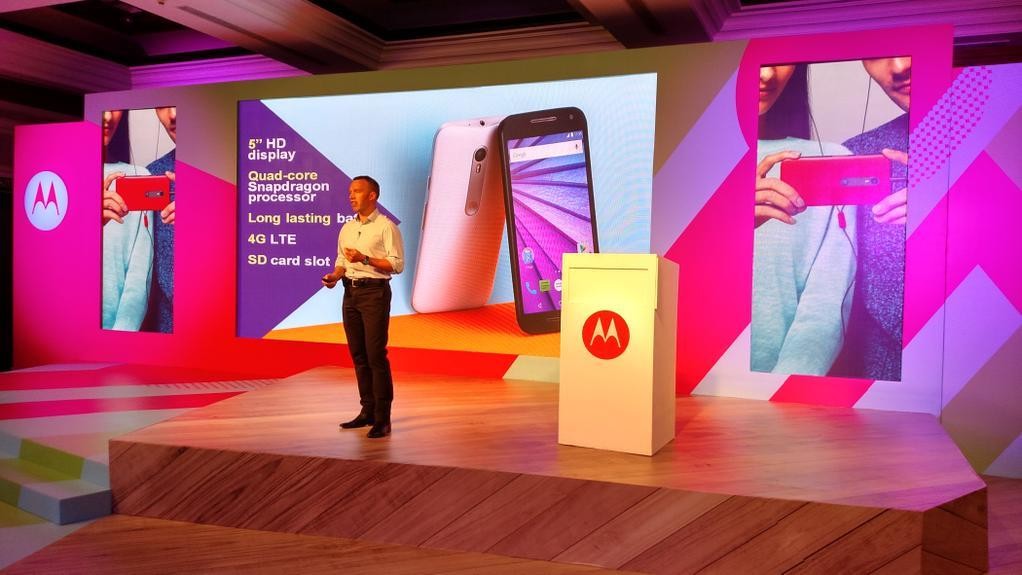 Details about the next-generation Moto G weren’t all too secretive in the days leading up to this morning’s announcement, but today the hardware is confirmed: The 5-inch screen device (294 ppi) sports a quad-core Snapdragon processor clocked at 1.4 GHz, a microSD slot, 2GB of RAM, and an option of either 8GB or 16GB of storage.

On the imaging side of things, you’ll have a 13MP rear camera and a 5MP shooter on the front. Motorola says it’s significantly improved the camera over its predecessor, and should provide class-leading performance at the price range.

Like its predecessor, you’ll be able to customize your Moto G with the Motorola Maker tool from the base black or white front panel. Motorola offers multiple mix-and-match options, from default background screens to colorful back shells and trim accents.