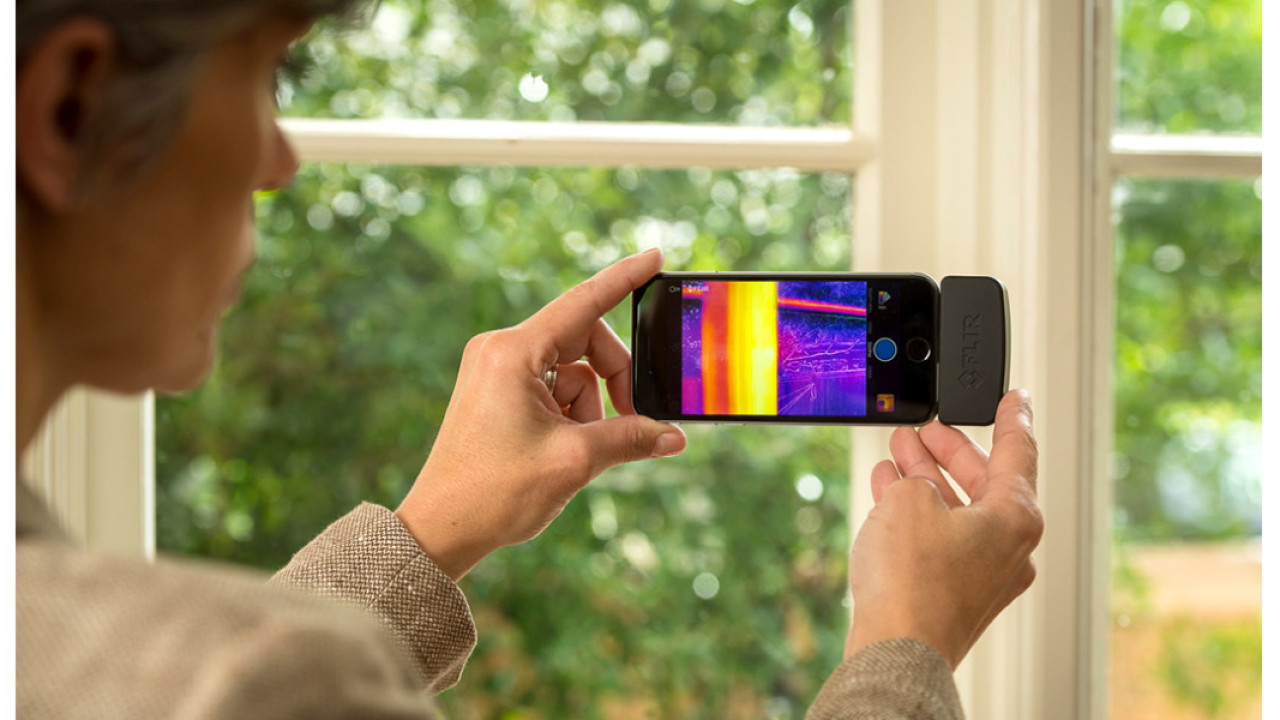 Flir, which started life as an industrial thermal imaging device for contractors and sports enthusiasts, has evolved into a full-fledged consumer gadget with a variety of uses.

The company is releasing a new, smaller, higher resolution version of its Flir One plug-in camera accessory for iOS. An Android device is imminent. The device shows you thermal images that let you see in the dark, view invisible heat sources, compare relative temperatures and see through light, fog and smoke.

Flir says its device can detect temperature variations smaller than a tenth of a degree, so you can identify energy inefficiencies and water leaks at home and explore the great outdoors, even in total darkness.

The 2.75-ounce device is connected by either micro-USB for Android devices or Lightening connector for iOS devices and is powered by an internal battery so as not to drain your handset. Updated technology gives this new model four times the resolution of the previous version.

Flir One uses both a standard camera and a thermal camera. Images are enhanced by the device’s imaging technology, which embosses edge details from the visible camera onto the thermal image at a resolution of 640 x 480 pixels.

The Flir One free companion iOS app, features nine color palettes, time lapse and close up functions, still and video capture, a temperature spot reader and an automatic thermal shutter. You can save images to the Camera Roll or share them over social networks.

A host of other apps are also available or on the way, including a Comfort Tracker for your home, a resource for finding contractors, remote video monitoring from a second phone, and even an app that monitors the health of your horse (if you are lucky enough to have one).

Flir is also releasing an updated iOS software development kit (SDK) and a new Android SDK so developers can build a variety of utilities and creative apps on both platforms.

A Flir certified developer program offers training in thermal imaging technology and the use of the specific developer tools, while the Flir Approved Application program offers developers publicity through Flir marketing programs.

Flir One for iPhone is available for purchase today on the Flir website for $249.99. The Android version, as well as worldwide rollout to e-tailers and retailers, is coming in July.

The first generation Flir One for Apple’s iPhone 5 and 5s is now available for $149.99.

Read next: The US Army is building hoverbikes based on technology from a Kickstarter campaign