Last year, 451 backers pledged £64,089 to bring Malloy’s hoverbike prototype to life on Kickstarter. That same company has now announced a partnership with a US Department of Defense contractor to build the futuristic bike for the US Army.

Under the new partnership, Malloy Aeronautics will open an office in Maryland and build the bikes with SURVICE Engineering Co, a DOD contractor, to operate as a “tactical reconnaissance vehicle.”

The hoverbike was positioned on Kickstarter as a rideable motorcycle for the sky, with two engines and a petrol motor keeping it in the air.

The design has since been altered as “current technology” meant it could not build the device to be both safe and cheap enough for it to sell well. 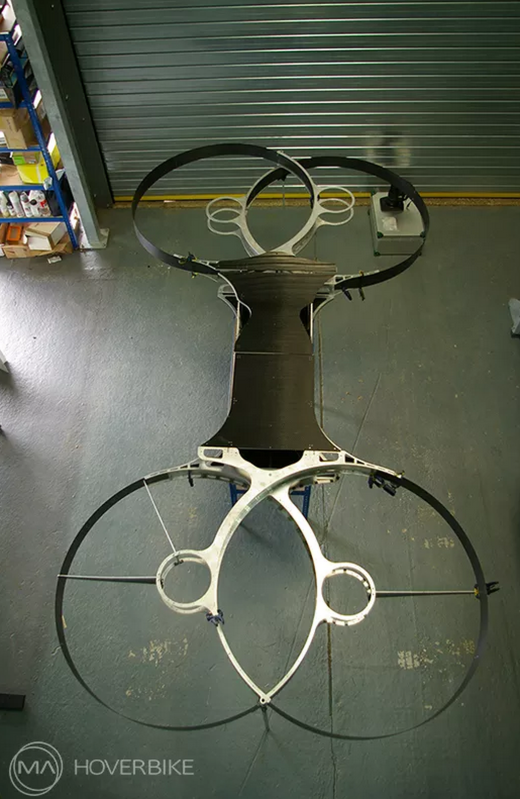 In its current form, the hoverbike looks like a oversized, rideable quadcopter. It features slightly offset rotors in order to shrink the overall size, however the company is yet to build a full-scale prototype.

According to Reuters, the US Army is interested in the hoverbike “because it can support multiple roles” such as “[transporting] troops over difficult terrain” as well as moving supplies and being used both as a rideable and autonomous drone.

The next step is to build a full-scale prototype in collaboration with the army, however Malloy Aeronautics insists that it’s still an independent company and it also plans to build devices for the commercial and leisure markets.

Read Next: Boeing just patented a system for recharging drones in mid-air