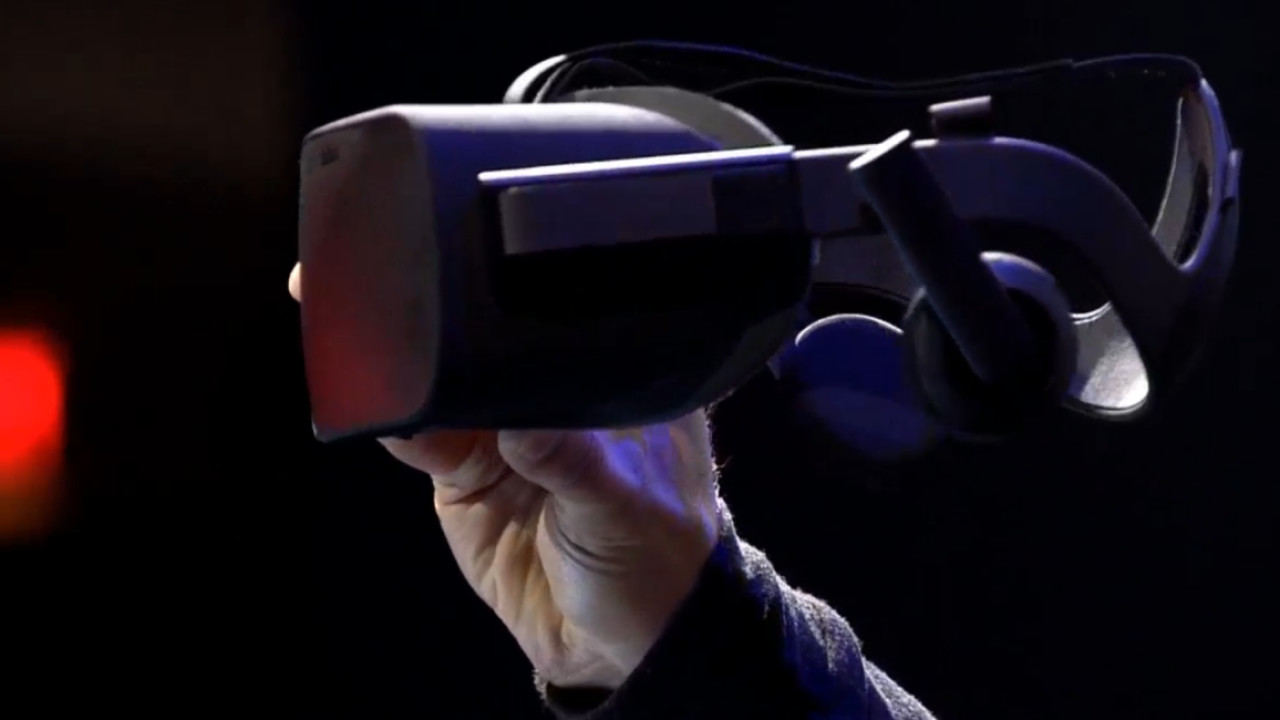 At its pre-E3 show today, Oculus finally unveiled the consumer version of the Oculus Rift. It’s due to be released in the first quarter of 2016.

The new model looks much sleeker and lighter than the development models. Oculus says it has worked to reduce latency via a new tracking system (still external), and increase the clarity of the optics – you can now adjust the distance of the lenses, for instance.

There’s one OLED panel for each eye, which Oculus says are free of ghosting/motion blur.

The device comes with integrated headphones specifically tuned for VR’s binaural, 360-degree audio. These are removable, however, should you prefer to use your own gear.

It’s also been redesigned to better fit users who wear glasses, as well as being more comfortable overall thanks to a lighter weight design that takes pressure off the front of the user’s face.

In an interesting move, instead of including its own custom controller (more on that later), Oculus is packaging a wireless Xbox One controller with the device at launch through a partnership with Microsoft.

It’s a tried and true controller, so it saves Oculus the trouble of having a new one ready for launch and lets it focus on the headset instead.

Microsoft also mentioned the Rift will natively work with Windows 10 thanks to Direct X 12. Players will also be able to stream Xbox One games straight to their Rifts.

Towards the end of its presentation, however, Oculus did unveil a new proprietary controller: the Oculus Touch. And although it won’t be ready for launch, Oculus clearly wants it to eventually be the system’s primary controller.

There’s one device for each hand, combining traditional inputs like an analog stick, buttons and triggers, with a variety of sensors that can detect hand gestures like a wave, or even smaller movements such as pointing a finger or a thumbs up.

The separate controllers can allow you to pick up a shield in one arm and fight them off with another, for example, but that’s not too different from what you could do with Nintendo’s Wii – the smaller hand gesture support here is likely to be more interesting.

For more on the Oculus Touch, head on over to our article here. Oculus says all of its new hardware – as well as the games shown off during the presentations – will be available to try during E3.