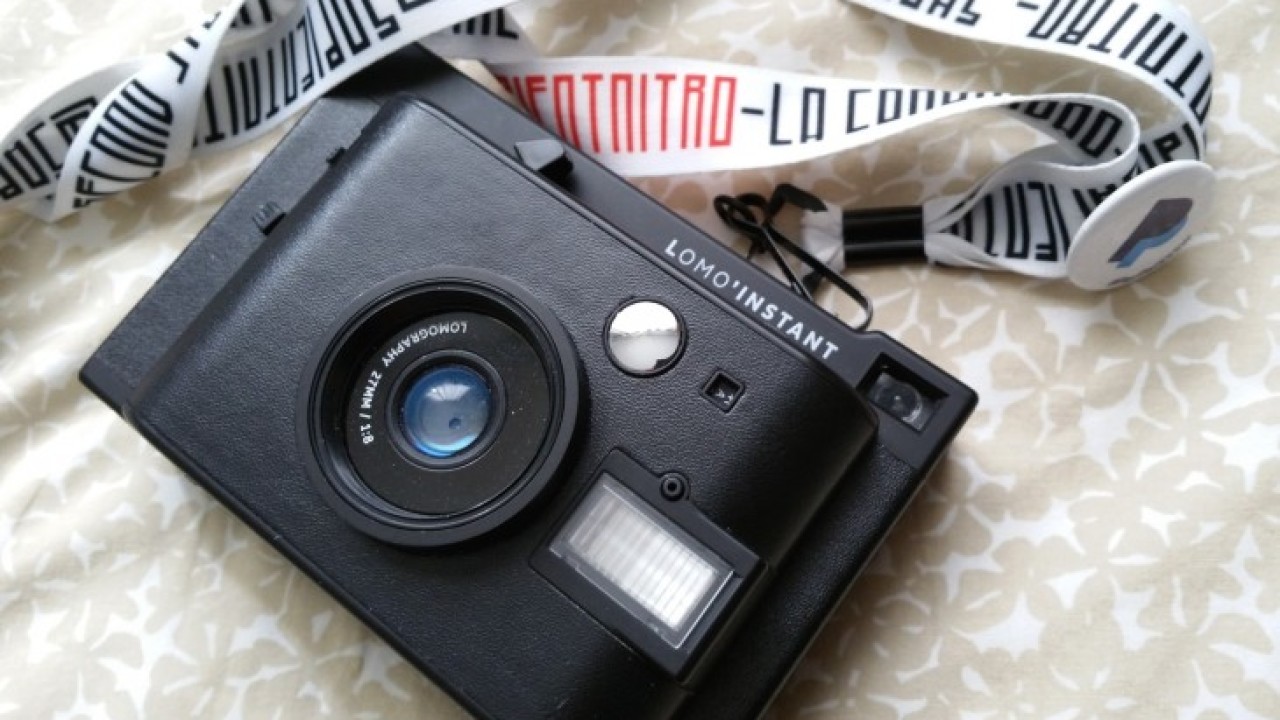 Walk into any Urban Outfitters in America and you’ll see an array of candy-colored film cameras designed to give hipsters an easy introduction to film photography without requiring any skills. But for those looking to get a little fancy with their instant camera work, Lomography wants to provide a camera that allows photo pros to experiment with all kinds of interesting effects, from double and long exposures to color filters and extra lens.

The Lomo’Instant, the company’s first instant camera, started out as a Kickstarter project that was met with overwhelming results. You can opt to buy the camera with three additional lens (fisheye, portrait and close-up) for $149 or the lone camera for $119 (but that doesn’t make much sense economically).

Lomography also released a new add-on lens recently called the Splitzer, which lets you split an image into two or more frames within a single photo. More on that below.

The Lomo’Instant features a fixed 27mm lens, an all-plastic body with a leather grip finish, and has a slot for you to clip on your favorite strap. The camera requires four AAA batteries to power the flash and takes Fujifilm Instax Mini film, both of which are not included in the box. Hey, no one said film photography was a cheap hobby.

To load the film, open the back of the Lomo’Instant and simply line up the yellow tab on the back of your film pack with what’s under the camera’s hood. Close it up, and switch on the power button located on the bottom of the camera. Hit the shutter at the top once to release the blank photo and you’re ready to go.

The Lomo’Instant has four settings: Flash On, Flash Off, or either of those with the long exposure setting turned on. If you get confused, the kit comes with flashcards that tell you exactly which setting to adjust to in order to achieve a certain effect.

If you want to try out multiple exposure shots, i.e. superimposing several images into one single photo, you can flip the switch to the MX sign. The camera lets you take as many exposures in one frame as your body is able, but the best results are between two to three shots.

The side level lets you adjust the lens slightly in and out to focus. You also get several different color gel strips to place in the flash slot if you want to try out different color filters.

The last button you should know is the bracketing wheel, which lets you set a range of -2 to +2 to add extra light or darkness into each photo.

One should know that despite all of the advance controls that come with this camera, instant photography is not meant to be ultra crisp. Lomography’s philosophy is about nostalgic, vintage photo quality that gives off a fun, dreamy feel.

I took the Lomo’Instant with me to SXSW to test on an outing at a nearby national park in Austin. It was a cloudy day, but I didn’t find the need to use flash.

Framing the image is quite easy and once you hit the shutter, the photo prints quickly (provided you did not turn MX on). You’ll want to be careful not to hold your hand over the left-side where the photo comes out, however.

To use the different lenses provided, just twist to screw them on and you’re ready to go. Here’s a shot I took of a small waterfall using a fisheye lens.

Getting used to all the controls definitely take some adjusting. You’ll likely waste about three to four shots just to get exposure settings right, especially if you’re attempting multiple or long exposure shots.

For example, I tried using double exposure mode to superimpose my face with my brother’s face using the Splitzer lens, resulting in total failure. Unless you have a tripod and mark exactly where everyone should stand to get that perfect composition, it will take a lot of experimenting.

The Lomo’Instant also has a small mirror in front for you to attempt to take selfies, but I always found that my arm is not long enough to get the camera far enough away from my face to achieve a, well, flattering angle.

Using the gel colors was also fun, but this worked best in bright settings and using flash on top to truly get the color filter to come through. In darker spots, deeper colors like red or blue will make the image print way too dark, unless, of course, that was the look you were going for.

Overall, the Lomo’Instant is an incredibly fun camera to use for photographers who want a little extra control their instant photography. It’s got the most advance set of tools found on an instant camera, and the unpredictability of outcomes is what keeps the concept exciting and mysterious.

Again, film photography isn’t a cheap hobby. A double pack of 10 Instax Mini films can run you about $15, and with the kind of learning curve that comes with a camera like this, you’ll need to accept throwing a few bucks down the drain getting accustomed to new settings.

One thing I wish the Lomo’Instant had is a timer feature. This would make long exposures more interesting, and allow you to take real selfies or group photos with a tripod without sticking your arm out, MySpace-style (or, gulp, empowering the selfie stick).

At $149 for the kit with three lens, the Lomo’Instant is a fun buy for friends, camera newbies or enthusiasts alike, and those who enjoy capturing moments into physical imagery you can hold on to or pass along to friends. And perhaps that’s worth the extra price, as you can’t put a dollar amount on memories.

Read next: Fujifilm Instax 90 reminds you that memories are not disposable