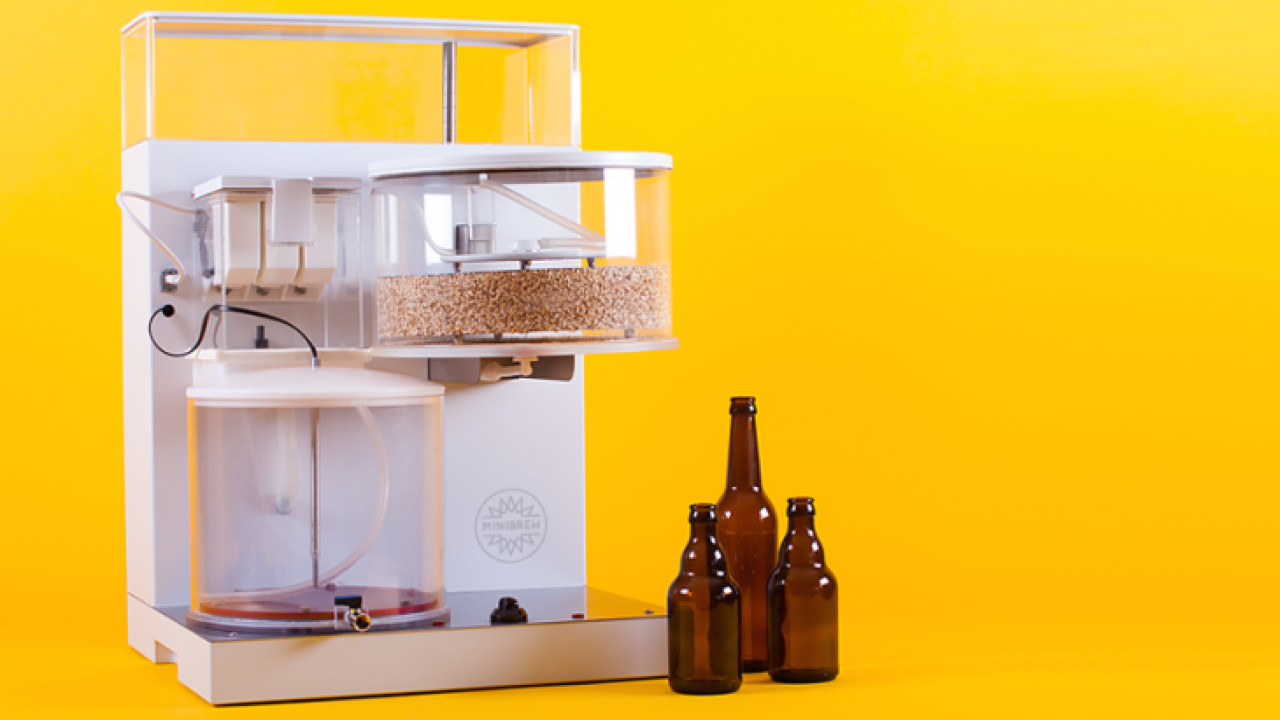 Each week we’re profiling one company that has been selected for Boost – our early-stage startup growth program. Catch up with these companies in person at The Next Web Conference Europe on April 23 & 24.

The craft beer movement has exploded over the past decade. From independent brewers to big beer companies, everyone’s trying to get in on creating a unique ale that’s tailored to perfection.

Homebrewing beer isn’t exactly easy, however. In most cases, it requires quite a bit of space, some care and attention, and a whole lot of patience.

That’s a problem Netherlands-based Minibrew wants to tackle. The three-man team has created a tabletop brewing system that combines the brewing, cooling and yeasting process into one machine so even the most novice beer maker can soon become a brewmaster.

“Soon,” of course, is the key word. Most beers take at least two weeks to properly ferment, age and carbonate. The Minibrew machine claims it can speed up the process by reducing time down to just 3.5 hours (however, the longer you can wait, the more complex the flavors can develop). Naturally, there is an app that goes alongside to help keep track of your brewing progress.

Minibrew is also focused on letting brewers use natural ingredients to bring out the best flavors while encouraging people to experiment with their ales. The team is currently at the beta prototyping stage, so there are no words on machine pricing just yet.

We caught up with Minibrew’s co-founder Bart van de Kooi for a little more insight.

1. Tell us what you do in two sentences.

Our vision for MiniBrew is to simplify the complexity of brewing beer so anyone can become a small batch brewmaster. Through our connected app, our aim is to help people discover the fun of brewing and provide a platform to share their creations and evolve their tastes.

2. What’s your origin story? How did the company get started?

MiniBrew was co-founded by three Dutchmen with a taste for the amber gold: Jasper Slob, Olivier van Oord and Bart van de Kooij.

We stumbled on the idea through Jasper, who was experimenting a lot in this area. There seemed to be a natural synergy, (maybe it was the beers that made things ‘flow’) and the three of us bonded over the idea of challenging industry conventions. We shared a common passion for simplifying the complex process of home-brewing quality beer.

Compelled to tackle the challenge, we developed a prototype for end-users, got early financial support from IXL Netherlands and decided to forego our careers in interactive design and product consulting to become full-time small batch brewing specialists.

3. Who’s your biggest rival and why are you better than them?

We all know there are already brewing machines on the market, but our top priority is to offer a beer brewing process that’s 10 times better than what’s out there. Mission accomplished: make it so easy, that anyone can brew beer.

Technically speaking, the main difference is that manual beer kits require a full-day commitment and the automated brewing systems available only cover one out of three brewing steps, leaving out the yeasting process. We have addressed the pitfalls of these alternatives by reducing the time to produce a batch and built an automated machine that includes all steps, including yeasting.

Our output is acutely focused on the concept that time is the new currency. Minibrew is designed to make the most of our users time by reducing complexity and margin for error… something that has not been addressed with other devices.

4. Get rich or change the world – which is more important and why?

Changing the world should be on everyone’s agenda. Getting rich is a bonus and can improve your ability to be an influencer.

Brewing beer was originally viewed as an art form (and still is by many today), and a source of celebration for prehistoric societies. We are believers in the idea that involvement in the process leads to its own reward.

If we can give users the tools to discover, brew and share their palettes, we know there will be positive output. Anytime creative collaboration happens, there is bound to be a small way of impacting someone’s day. Otherwise, books like “1000 Awesome Things” wouldn’t exist.

5. Tell us one weird fact about a member of your team

Jasper, our star brewing specialist, is very specific about his preferred time of the day to taste his brewed batches. He has the habit of organizing tastings at 10 a.m., or sometimes even earlier. He claims our tongues are in the best shape in the morning!