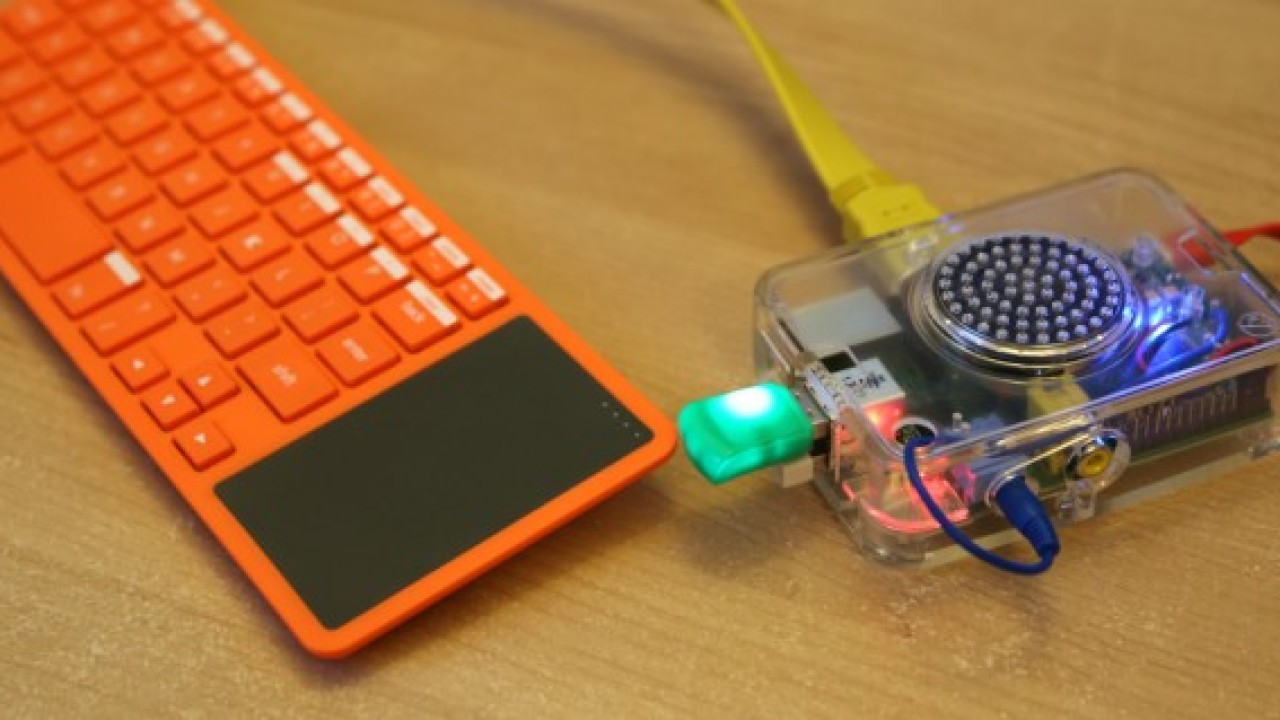 We live in an age where many children have access to smartphones, tablets and laptops. They’re powerful and intuitive, offering the Web and an ever-growing library of apps to explore. Learning and accessing information has never been easier.

But these children, and a ton of adults too, have little exposure to a computer’s inner workings. Nor do they truly understand how their favorite apps and software work. The sleek, packaged products we have today are creating a generation of passive users, rather than builders and makers.

Kano wants to be the LEGO of computers and coding. The company has created a colorful kit filled with bright, safe and approachable parts that all click together in a transparent case. The “mind,” as the company describes it, is a Raspberry Pi board and within minutes you’ll be attaching an SD card, speaker, Wi-Fi dongle and keyboard receiver, as well as power and HDMI cables.

To call it “PC building” would be a stretch, but the experience will at least give your child a better grasp of a computer’s construction and an appreciation for what might otherwise seem like witchcraft and wizardry.

The steps are conveyed through a nicely illustrated booklet, similar to those found in LEGO sets. Once everything is connected you can grab the orange keyboard, which comes with a built-in trackpad, and start exploring Kano OS. It’s built on Linux and should be familiar to any Windows, Mac OS X or Ubuntu user, with large app icons, a file explorer and a toolbar at the bottom.

From there, Kano has set up a constellation of apps for you to explore. The first three are centered around popular video games Snake, Pong and Minecraft. Each of them has you modifying the in-game experience in small, but charming ways; in Pong, you’ll learn how to change the color of the paddles and the speed of the ball whenever it’s struck; in Snake, Kano will teach you to edit the size of the board, its “theme” and the number of lives at your disposal.

Everything is broken down into baby steps and you’re awarded experience points, badges and “swag” for completing certain tasks. Kano’s virtual goodies are then accessed from your user profile, altering the avatar’s appearance and the background he or she is standing in front of. It’s a simple, but surprisingly effective gamification framework that encourages progression.

The Pong and Minecraft apps rely on a visual programming language called Kano Blocks. These jigsaw-like puzzle pieces snap together and represent certain objects, values and rules within the game. Kano will then output the code in Python or Javascript, showing your handiwork instantaneously.

It’s a light, affable introduction to the world of coding. You won’t be writing lines and lines of garbled text; instead, Kano focuses on the logic and thinking that’s necessary to excel in any programming language. The clear instructions and drip-feed of challenges means you’ll never be bored or stuck either.

The Kano computer kit isn’t perfect though. I encountered a few bugs in the pre-installed apps and some of the graphical elements are primitive by modern standards. You’ll also need to accommodate for the Raspberry Pi board; it’s a low-powered piece of hardware and will inevitably slow down under strenuous tasks. It never spoils the experience, but I suspect children that already use smartphones, tablets and laptops will quickly grow impatient.

The Kano experience goes beyond coding apps though. The computer comes with Chromium for browsing the Web and checking email, a video player for browsing YouTube and SD card files, as well as a basic text editor, painting app and calculator. Through the ‘Kano World‘ marketplace you can also download games and productivity apps such as LibreOffice and Lifeograph.

Kano is onto something. The $1.5 million crowdfunding campaign it held last November proved there was a market for safe, well-designed computer kits that focus on making. This first version could certainly be improved – especially on the software side – but there’s still so much to recommend here.

Sure, the $150 asking price might seem a little steep when you consider a Raspberry Pi costs $35. But the work Kano has done on its operating system, the educational apps and overall packaging shouldn’t be underestimated. Provided you can gloss over the rough edges, the Kano kit is one of the best products for introducing children to coding and computer construction.