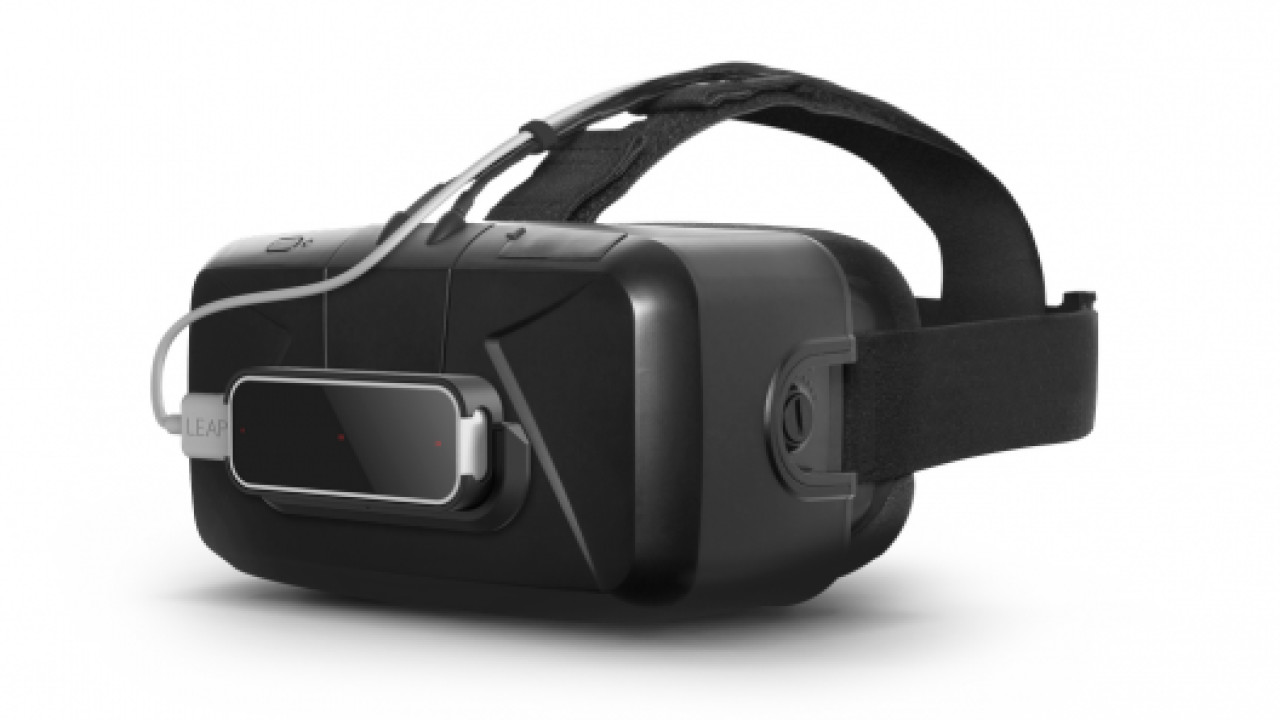 The hype around virtual reality has reached fever pitch and Leap Motion, not surprisingly, wants a piece of the action. The company today announced an inexpensive VR Developer Mount for its existing Leap Motion Controller, as well as a prototype sensor which it hopes will be adopted by virtual reality headset makers (hint hint, Oculus VR.)

As a quick recap, the Leap Motion Controller allows PC and Mac users to control their devices by waving their hands and fingers in front of them. The idea of swiping, pinching, waving and grabbing thin air is similar to Microsoft’s two Kinect sensors, although this is a far more portable device.

The VR Developer Mount is, therefore, a logical evolution. Rather than placing the Leap Motion Controller on a desk, it can be in-line with your eyes, picking up everything in your field-of-view. For now, this means players will be able to see where their hands are in the real world –according to The Verge, this is either as an overlay or by quickly switching from the VR experience.

It’s not hard to imagine a scenario in the future, however, when players can forgo controllers (such as the PlayStation Move peripheral) and have the VR experience actually track and replicate their hand movements.

Leap Motion says this was possible thanks to a new image API it launched earlier this month, which offers raw infrared imagery. “Because our device’s field of view exceeds that of existing VR displays, you’ll find it can start to track your hands before you even see them.” Leap Motion is also updating its beta SDK with an improved ‘top-down tracking’ mode, as well as Unity and C++ examples.

The VR Developer Mount is available today for $19.99 and will ensure developers can quickly attach and remove the Leap Motion Controller.

Leap Motion also mentioned a prototype sensor it’s working on. Codenamed Dragonfly, the company says it’ll feature “greater-than-HD image resolution, color and infrared imagery,” as well as a larger field of view. “With next-generation ‘mega-sensors’ like this, a Leap Motion device can literally become your eyes into the digital and physical realms – allowing you to seamlessly mix and mash, fade and blend, between virtual environments and the sharpness of the real world,” David Holz, co-founder and CTO of Leap Motion said.