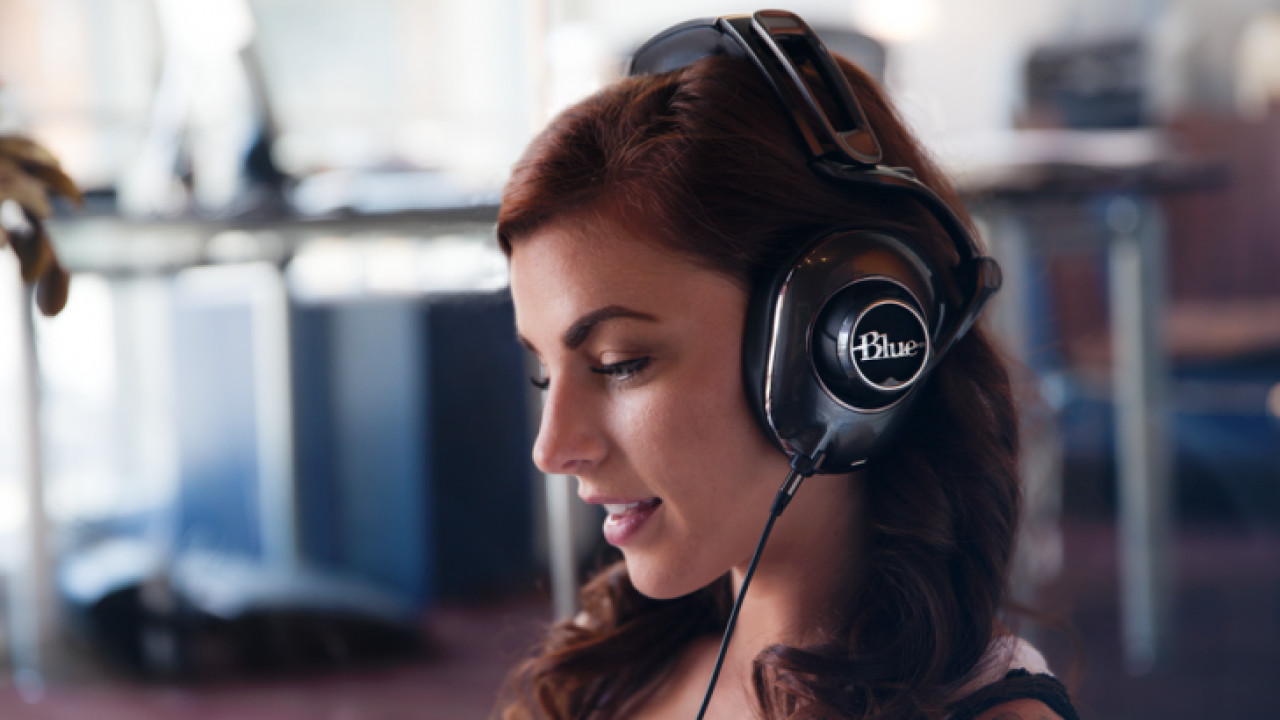 When you’re known for making high-end studio microphones, deciding to break into a new market altogether is a brave move. It’s even more brave when you consider that the market you’re trying to enter is dominated by highly visible and popular brands.

Blue Microphones has been happily making recording equipment for nearly 20 years, but it has never made a pair of headphones before now. With studio pedigree, the Mo-Fis promise to deliver a considerably richer listening experience than the average set of cans, so we took a look and a listen to see if they can live up the brand – and the competition.

Right off the bat, these don’t look like some easy-going, over-ear headphones. They look serious – and they are.

Where rival brands focus on a design aesthetic that approaches minimalist and cool – Sol Republic’s, for example, all come with interchangeable headbands – there’s not a bit of that here.

Instead, what you have with the Mo-Fis is a multi-jointed metal frame with ear pieces that are actually shaped like ears, rather than round, as they tend to be on most headphones.

On the left earpiece, where the cable plugs into the headphones, is a switch for selecting between ‘off’, ‘on’ or ‘on+’. More on that later.

As you might have guessed from the name, a combination of ‘Mobile’ and ‘Fidelity’, the Mo-Fi comes with a built-in amp and “ultra-premium” 50mm fiber-reinforced drivers to provide you with some extra oomph when listening from a mobile device – the amps in smartphones, tablets and the like tend to be very low-power.

Also in the box, you’ll find a headphone cable with iPhone/iPad in-line controls and a charging cable.

The first thing I noticed when putting on the Mo-Fi headphones is the weight. There’s no way you’ll forget they’re sitting on your head.

The first pair I tried was pre-final production, and they didn’t sit quite straight, which meant that the left strut actually rested against my head. It was pretty uncomfortable altogether. I tried another pair to ensure this isn’t the case in the finished product, and can happily report that the second pair sat straight, and much more comfortably, on my head.

When wearing the Mo-Fis around your neck, the earpieces will press up against the side of your face. This isn’t a problem the company has overlooked – they neatly fold down forwards out of the way – but the solution creates problems of its own, primarily that it leaves you with two metal struts resting against your neck, which isn’t massively comfortable.

That niggle aside, on the comfort front the Mo-Fis actually performed very well. In order to keep them snugly sat on your head, there’s a tension control for the headband, which can be adjusted to make it tighter or looser. I’ve said before that after an hour or two in any headphones, I’m usually ready to take them off and the same is true here – not really because of discomfort per-se, but because of the sheer weight – all 466 grams of it.

Aside of adjusting the comfort, that headband control also means that you get slightly less sound leakage when you do them up tight – useful to know if you’re listening while out and about. They do still leak at high volumes, which is to be expected really as these things are super-loud, but they leak less than others I’ve tried.

You really will want to make sure the source volume is set quite low the first time you put these on and switch them to the ‘on’ or ‘on+’ position. There’s a warning on the label for a good reason – that amp and driver combo is incredibly powerful and could easily give your ears a shock if set to maximum.

There’s a good chance you might not actually notice the difference between the sound performance in the On and On+ positions – depending on the quality of your track.

If it was mastered to be bass heavy, then you won’t hear the difference but if it wasn’t then the On+ is designed to give that a little extra kick, but nothing too overpowering. It’s good for older tracks, lower quality conversions and things like old vinyl listening. Both settings deliver a crisp, clear sound.

If you forget to charge them (via microUSB), you can also listen in the ‘off’ position, although you obviously won’t get the benefit of the MoFi’s amp – you’ll be relying on your device’s integrated one instead, so it’ll be a lot quieter and less clear.

On that note, the bass is a pleasing balance. It’s there and it’s kicking, but it’s not as ‘boomy’ as with some inferior headphones. By allowing you to select between three different modes, you have some control over the sort of sound you want to hear. If you want a balanced sound, switch it to ‘on’, if you want it to kick a bit more, switch it to on+ and if you want an altogether tamer listening experience, switch them off altogether.

I love the Blue Mo-Fi headphones, really I do, but I can’t help wondering if they’re just a little too much for me. The sound is balanced, yet powerful and the design of the headphones themselves is striking in a way I can actually appreciate – they don’t look like much else on the market.

Despite this, I never really wanted to take them out of the house. I listened to music at home, while playing games, to podcasts on my phone but never in all of this did I take them outside. Meanwhile, the Tracks Air wireless headphones, which don’t deliver quite the same listening experience, made it out pretty much every time I left the house.

And that wouldn’t really be a problem, except that these are specifically designed to boost the power delivered when listening through a mobile device, which you tend to take out with you. It’s not that I couldn’t conceive of taking these out, I just had a more convenient option available.

Nonetheless, at $349.99 / €329 / £275 the Mo-Fi deliver incredible sound and a unique design for somewhere between the price of a pair of Beats Studio and Beats Studio Wireless headphones. Plus, they’re not designed to be wireless, which is where the Tracks Air really excel in the convenience stakes.

This competition issue with brands like Sol Republic and Beats is an interesting one; in the headphone market, the highly visible ‘fashion’ brands tend to dominate the headlines and shelf space, but the Mo-Fi’s aren’t a one-shot deal to try and compete in this space. Instead, the MoFis are the first in a range of headphones that will see new entries a level or two below, Blue’s CEO John Maier explained.

They were designed to counteract a market awash with compromised listening experiences and uninspired design – and while they have their own foibles and pack a lot of weight, the Mo-Fis do just that.

Blue’s Mo-Fi headphones are available to buy in the US now and are expected to be available in the UK from around mid-September.