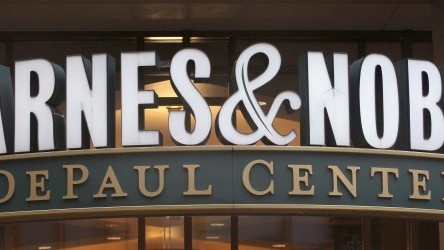 What better way to tease a new device than to have seemingly random people declare their unequivocal appreciation for it? Amazon took this approach for a Fire Phone teaser earlier this year and today, Barnes & Noble is doing the same for its upcoming tablet.

Barnes & Noble hides the display from our prying eyes, but in truth we already know what to expect. In June, the firm announced a partnership with Samsung that would result in a co-branded slate: the Samsung Galaxy Tab 4 Nook.

Given the tablet in today’s teaser sports a Samsung logo, and the final frame reveals both the Nook and Samsung branding with the slogan “the best of both worlds,” there’s little doubt regarding the identity of the device.

For context, Barnes & Noble no longer makes its own Nook tablets, so it’ll be relying on partners such as Samsung to make its hardware ambitions a success. The new tablet will likely be unveiled next Wednesday (August 20) in New York, so it’s not long now before we know everything about the device.