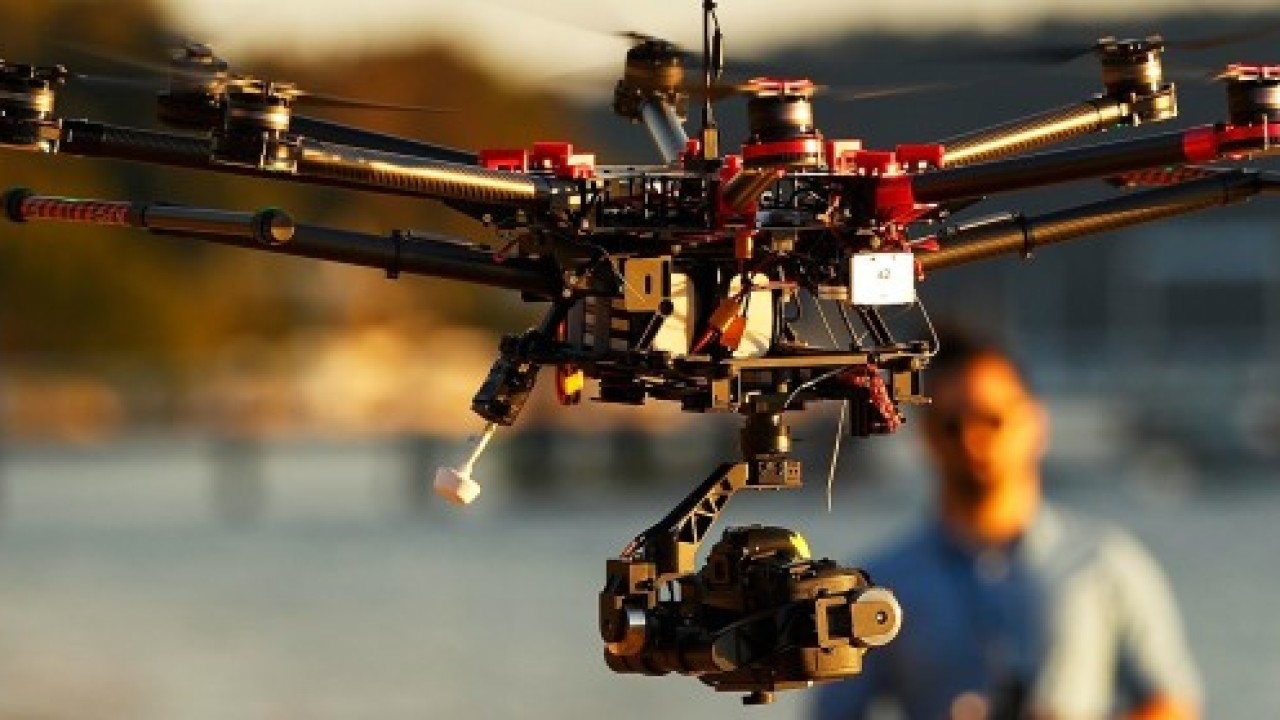 Drones are a truly exciting area right now and are constantly in the media, with so many interesting uses popping up on the Web.

They’re certainly no longer just the domain of the military. Here are 17 things drones can do that prove this. You can view them all on one page here.

The easiest way to order the shopping is to simply load up a shopping app for next-day delivery, but drones mean you could end up having items the same day. Both Dominos and Amazon have seen potential here, demonstrating how they could use drones to deliver their items.

2. Changing journalism, as we know it

Modern journalism is being enhanced by developments in fields like video and imaging, but the idea of using drones to cover a story takes the industry to another level. The concept has been endorsed by many journalism schools already, with students across the world being taught the viability of using drones while in high-risk areas to get a story and keep the actual journalist safe.

Oil is a crucial resource, vital to the survival of many economies and mankind in general. Getting hold of it in the first place is generally dangerous, but don’t worry, as drones are already being used to make sure oil rigs are in tip-top condition and functioning as they ought to.

Natural disasters and wars call for emergency distribution of medication and aid. Luckily, we have drones to make this more efficient. Aviation company Matternet is developing a network to transport medication to risk areas.

A graduate from Austria has put the world’s emergency services to shame, coming up with a system that would see drones being used to drop off defibrillators to heart attack victims. The concept would supposedly work with a medic placing the medication onto a drone and commanding it to fly to the victim, whereby another medic would administer it.

The world’s changing weather means activities in rural settings are becoming increasingly dangerous. And far too often, it takes a rescue team a good while to get to the victim. What’s good, though, is that the virtual eyes and ears of the drone can be put to the test to be able to direct a team to bring the victim to safety.

Another useful thing we can do with drones is help protect Earth’s wildlife by monitoring it from afar, especially with endangered species. This has already been put to the test by a team of Indonesian scientists, who have used drones to spy on a group of endangered apes, ensuring they are living well and are accessing the correct vegetation.

Farmers really do have a tough job, having to work in all weathers to ensure their crops are successfully grown and harvested. But their lives are being made a tad easier thanks to specially-kitted-out drones that use technology such as infrared beams to monitor farmers’ premises and see how their plants are growing. They’re especially helpful for bigger farms.

Nothing strikes a strong nation more than a devastating natural disaster, when lives are lost, homes are lost and businesses are ruined for good. But drones have already been put to the test to assist with these sort of incidents, with the earthquake in Haiti being a great example. The US Government used drones to look for survivors and transport medication, protecting its troops from any danger.

Crime is something every society suffers from, but to make crime investigating easier, forces across the world are starting to use drones to investigate potential leads and threats. Perhaps this is a little concerning in terms of privacy, but it does make sense.

Immigration is a contentious issue in many countries, which is why border control is extremely important. And just like the police, border control agencies are using drones to search the coasts for potential danger. This is something the Australian Government recently adopted, having just purchased a bulk load of drones to step up the safety of Australia.

Drones are being put to use to protect the planet. Examples of this include authorities using them to catch criminals dumping their rubbish in unauthorized places, while NASA is using them to gather research about the ozone layer.

It’s not just the world of news journalism that’s getting its greasy mitts on drones, oh no, as they’re also being used to cover sporting events around the world, too. The idea is that by using them, producers are able to gather footage of events from off the ground and in high-definition quality. Oh, and drone footage looks cool and is good for PR – at least while it remains a novelty. Drones even made an appearance at the Olympics.

Perhaps the property market is struggling at the moment due to the fact that few people have cash to splash on a new home, but that hasn’t stopped real-estate agencies from investing in drones to record an overview shot of property. Some are even using them to record footage of the environment around a property to create a virtual tour of the area.

15. Getting snaps of celebrities

A great piece of celebrity coverage brightens up many people’s days, and the usage of drones within journalism is already rubbing off on paparazzi. Just last year, a photographer managed to use a drone to nab snaps of Tina Turner’s wedding with Erwin Bach. We suspect that celebrities won’t be too happy about these drones. Their lawyers, on the other hand…

You can even use drones to come up with unique but bizarre art pieces. Just whizz back to 2012, when a Dutch artist made the news after turning the corpse of his dead cat, Oliver, into a drone. In case you’re interested, Oliver sadly passed away following a car accident. But he’ll never be forgotten, that’s for sure.

It’s always good to end your day with a great piece of footage to get your eyes glistening. It’s here that drones excel. For example, take inspiration from the launch of the Space X reusable rocket and 360 degree time-lapse created by six GoPro cameras.

Don’t miss: How to use personal drones legally: A beginner’s guide