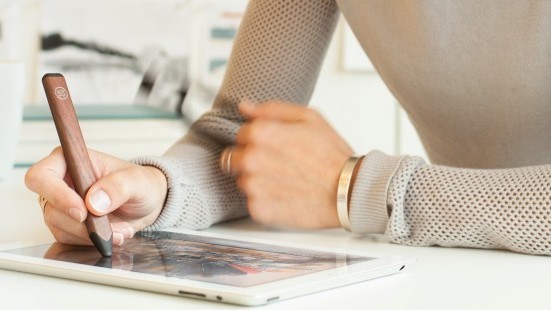 FiftyThree wants to make Pencil, its stylish Bluetooth Low Energy stylus for the iPad, more useful. Some of its best features, such as Palm Rejection, Erase and Blend, only work with the official Paper app – but now, a FiftyThree SDK is available so that developers can implement these same features in their own apps.

To coincide with the release, FiftyThree has teamed up with three launch partners. Procreate, a digital art and illustration app that won an Apple Design Award last year, has combined core Pencil features – Paint, Smudge and Erase – into a new creative tool for its users. Noteshelf, a note-taking app for the iPad, now supports palm rejection and Pencil’s flip-to-erase ability. Squiggle, meanwhile, now lets you draw musical lines in its playful iOS app using Pencil.

Pencil has worked in the past as a non-connected stylus in other touchscreen apps, but this SDK should make some of it more playful and productive features – such as flipping the Pencil over and rubbing out mistakes with its ‘eraser’ – available in other apps. That will help FiftyThree to position Pencil as the preferred tablet stylus, regardless of the applications people use.

With the FiftyThree SDK, developers can identify when you’re using the Pencil’s tip and eraser, as well as your own finger or palm. It also brings in ‘Kiss-to-Pair’ which facilitates fast Bluetooth connectivity without diving into the iPad settings. The aforementioned palm rejection has made the jump and Surface Pressure, a new feature arriving with iOS 8 later this year, is also included.

Only a week ago, FiftyThree launched Pencil in the UK, Germany and France through Amazon, more than nine months after it first went on sale in the US. The stylus is available in either graphite or walnut.