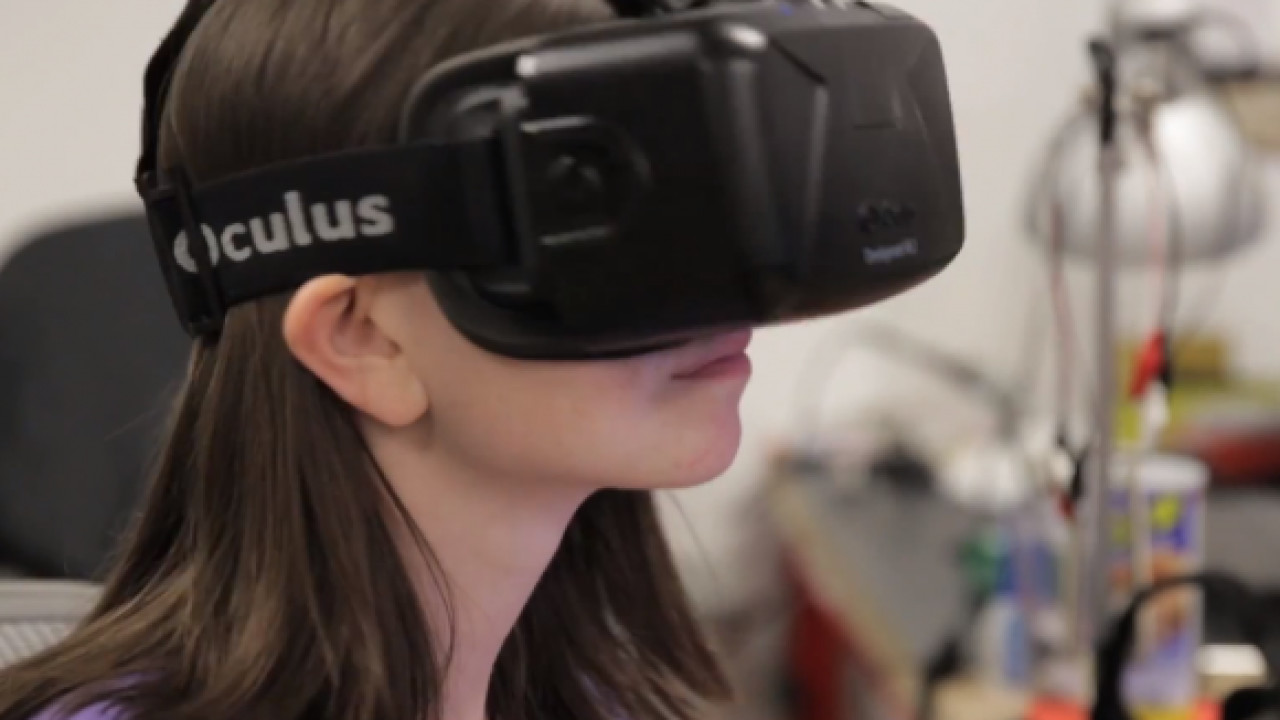 Oculus VR today revealed a new version of its Oculus Rift virtual reality headset for developers. Referred to as the DK2, it’s based on the Crystal Cove prototype shown off at the CES trade show earlier this year.

It has two high-definition, 960×1080 displays that cover your eyes and reduce the “screen-door” found in previous models. These are low-persistence, OLED screens that, like the Crystal Cove, should reduce motion blur and unnatural movements, while also raising the clarity, color and contrast.

Each unit also comes with an external camera for positional head tracking. It’s a crucial peripheral, as it allows the player to adjust their perspective in the virtual world; leaning around corners, checking under desks and quickly peering over your shoulder are all enabled this way.

Elsewhere, Oculus VR has updated the orientation tracking, added a USB port on the headset itself, packed in a latency tester and pulled out what it describes as the “infamous” control box. At the same time, the DK2 supports a redesigned SDK and further optimizations with both Unity and Unreal Engine 4.

Unfortunately, this isn’t the model that will hit store shelves. Oculus VR says it’s getting “closer everyday” to the final product and while the end-to-end experience still needs to improve, the “fundamental building blocks” are now in place. It’s also worth noting that all of the content developed for the DK2 will be supported in the retail version.

“There’s no cutting corners or ‘good enough’ when it comes to VR; the consumer Rift needs to be perfect and we’re dedicated to getting it right,” the company said. “We’re moving as fast as possible and promise it’ll be worth the wait.” The DK2 will set you back $350 and is available to pre-order today, with the first units expected to ship in July.