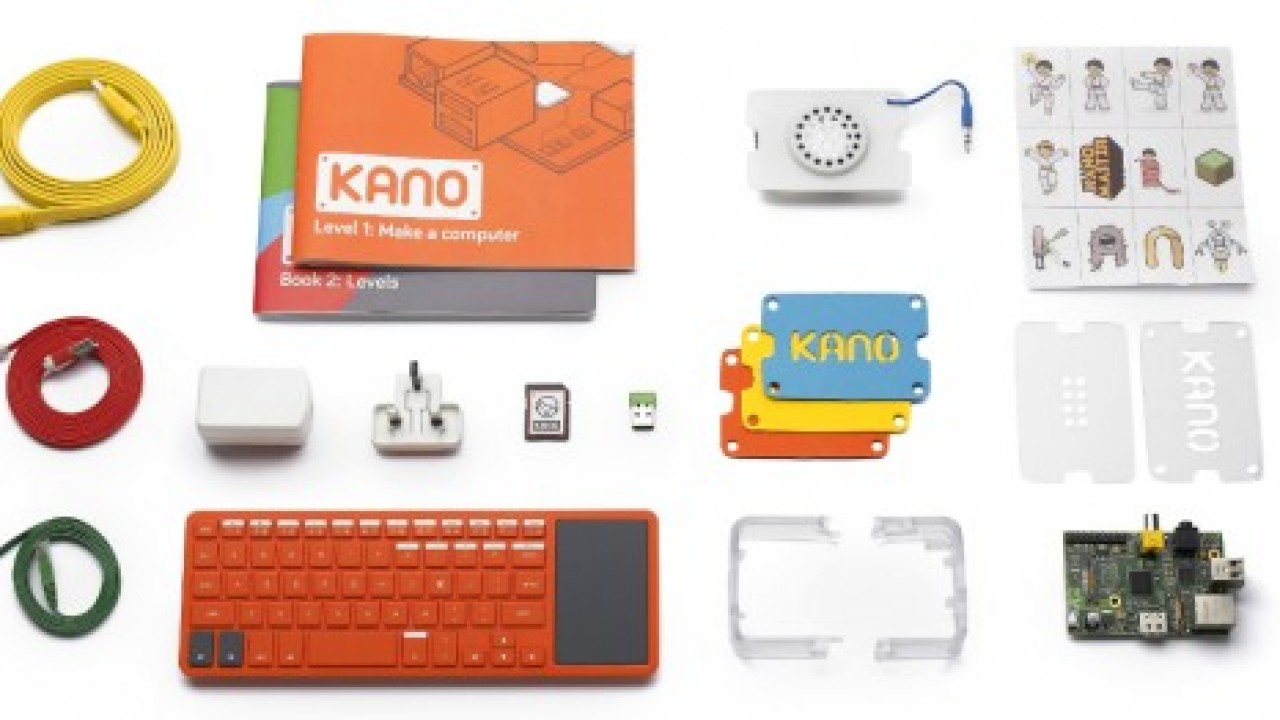 I have a confession to make: I’ve never built my own computer. This comes from someone whose father was a programmer at IBM, and worked in the days when a single machine was big enough to fill an entire building.

For me, the thought of building a PC from scratch is overwhelming. Yet I’ve always wanted to know how it all comes together: What all the various components are for, and how they all intersect and interact with one another. If you feel the same way, it’s worth taking a look at Kano, a colorful construction set with accessible, LEGO-inspired step-by-step instructions for constructing your very own Raspberry Pi-powered microcomputer.

The DIY kit – launching today on Kickstarter – is broken up into different ‘levels’, which are spread out over multiple instruction booklets. Owners will be taught not only how to build their mini computer, but also how to design video games, create synth music and learn some basic coding along the way.

The Kano team started building the first prototype in January this year, in an attempt to make the original Raspberry Pi microcomputer more accessible for first-time PC builders. The final version was developed using feedback from hundreds of different kids, teachers and parents, as well as the Raspberry Pi community (Eben Upton, founder of the Raspberry Pi Foundation is an adviser for Kano) and some of the folks behind learn to code site Codecademy.

Kano has been designed so that anyone, regardless of their age, can create a PC and understand its makeup. Its creators are launching a crowdfunding campaign on Kickstarter today to put it into production: each kit will set you back £69/$99/€79 and if successful, the first units will be shipped to backers in the summer of 2014. A retail release is also on the company’s roadmap.

The price-tag might sound a little steep, considering that the original Raspberry Pi microcomputer costs only $35. Kano is a far more complete and user-friendly product though: backers can expect a wireless keyboard with multitouch trackpad, an 8GB SDHC card, a modular side slotting case with clamshell clip, an original operating system called Kano OS, a case-mounted GPIO-powered speaker and a series of illustrated instruction booklets out of the box. All of the content for Kano will also be available in English, Spanish and Arabic at launch.

The Raspberry Pi has triggered a wave of fresh interest in coding, modding and the fundamentals of PC construction. However, it’s still a relatively niche product (over 2 million of them have now been sold, mind you). If you’re looking for a fun, accessible entry point to PC building like I am, Kano is definitely worth keeping an eye on.

Not convinced yet? Feast your eyes on this short promo video:

Still not convinced?! Fine. Here’s a monkey destroying a MacBook Air with some boozy dubstep playing in the background (courtesy of Kano):