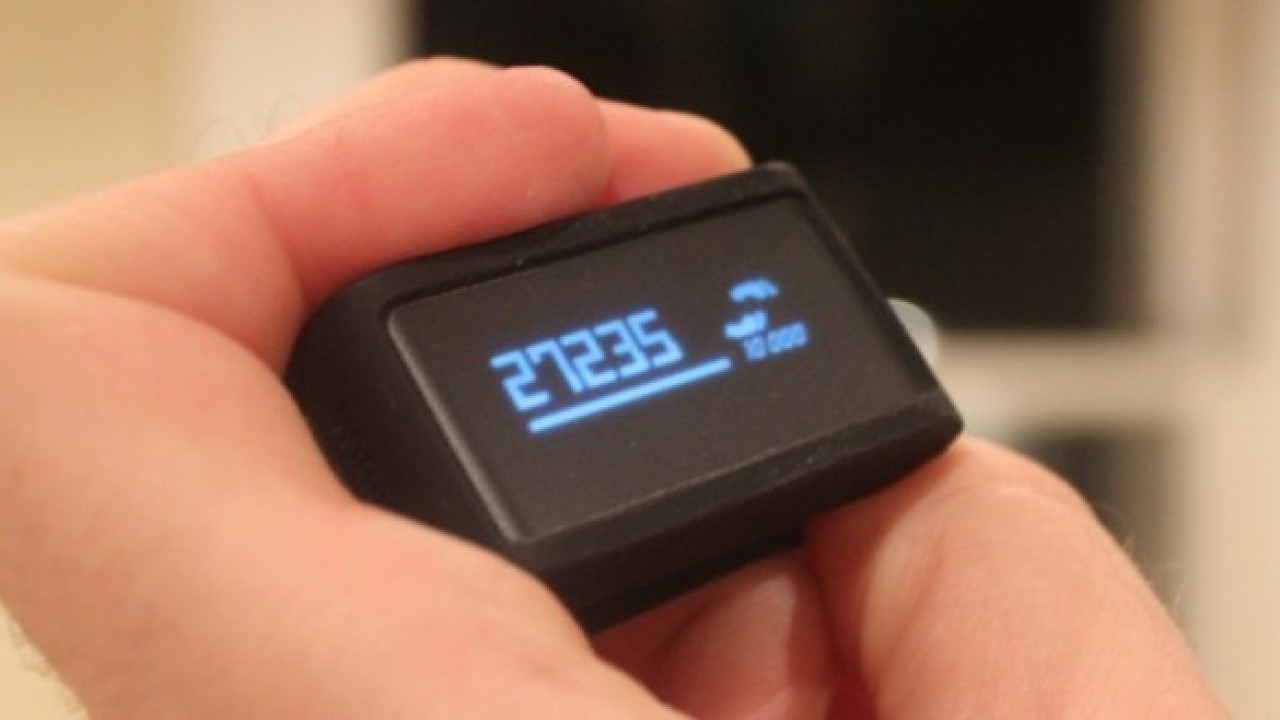 The Quantified Self movement could be heading in weird and wonderful directions, but for now keep-fit freaks the world over are content with tracking their every step, snooze and sandwich.

The latest entrant into the activity-tracker space is Withings, the France-based company that’s been shipping connected devices since 2009. With the likes of WiFi scales and blood pressure devices already in its arsenal, the recently-introduced Pulse tracker made a lot of sense given Withings’ existing line.

Incumbents such as the Nike+ Fuelband, Fitbit and its three fitness-tracking products – the Zip, One and the Flex, and the Jawbone UP have proven there’s not only a market for quantifying one’s self, but a BIG market.

So what can Withings bring to the table?

Well, we got our hands on a Pulse and decided to give it more than a spin. Wearing it day-in, day-out for the past fortnight, here’s some insights on what it does, what it doesn’t and whether it’s worth ninety-nine of your hard-earned dollars.

Withings Pulse: What’s in the box

The Withings Pulse works exactly like an old-school pedometer, insofar as you clip it close to your body (e.g. to your waist) to monitor your movements.

Out of the box, there’s three main components – the Pulse itself, a rubber clip to slip the Pulse into, and a soft wristband so the Pulse can monitor your sleeping patterns.

Having a separate clip that isn’t part of the Pulse device is a good move in my view, as it gives a little more flexibility in terms of how you wear it and leaves things open to future iterations, including accessories.

In terms of the wristband, the Pulse slips in a little slit at the back, and attaches to your wrist with a Velcro strap. You can still interact with the screen through the transparent mesh cover.

That’s what you get for your money. But before you start counting out your pennies, you’ll no doubt want to know exactly what it does. So read on.

Withings Pulse: What it does

The Withings Pulse’s default screen is the pedometer – so the first thing you’ll see when clicking the button on the top of the device to activate the screen is the number of steps you’ve taken since the turn of midnight that day. This resets back to zero again when the clock strikes 00:00 hours.

This, for me, is where one of the few flaws lies with the Pulse.

With the Nike Fuelband, for example, the screen will always default to the last metric you stopped at – so if you have no interest in step-counting, you can make it so that it will always turn on at Nike Fuel or calories when you click the button.

I, for one, have a preference for seeing distance-traveled rather than steps taken. With the Pulse, you can only return to the last screen you stopped at within 1 minute of the screen turning off – after this you’ll see the step-counter as default, and you’ll have to click through to get to your desired metric. This isn’t a deal-breaker, but it would be nice to see an update to remedy this.

For those out on a run, the Pulse does display key real-time data when you hit the main button – the duration and distance traveled. This is a nice touch.

But it would be good to have some say in what metrics are displayed or, at the very least, in which order. If you walk around a flat city, you’ll have little need for elevation data, and this is the next option after the opening pedometer screen.

Distance traversed doesn’t appear until the third screen, and for many I feel this would be the key metric they’d like to see, so it’s a shame it’s a bit of a fiddle to get to this.

That said, at least the Pulse does display your distance (as does Fitbit). With the Nike Fuelband, you can only access this data by syncing your device to your computer or iPhone, which is a baffling omission on Nike’s part.

Moving on, the fourth metric displayed is calories burned, which will no doubt appeal to those looking to shift some pounds.

The fifth screen is where the Pulse starts to come into its own.

As Fitbit allows with some of its trackers, Withings lets you strap the Pulse to your wrist to monitor your sleep – so when you’re ready to hit the land of nod, press the little moon icon. In the morning, you’ll need to remember to hit the little button on the top of your Pulse twice to tell it you’ve awoken, and it’ll serve up data on how well you’ve slept.

But it’s the heart-rate facet of this screen that’s the real clincher for me – you’ll see a little heart icon which you tap.

You’re then instructed to place your finger on the heart-rate monitor on the back. Given that most similar trackers require another accessory to track this metric, it’s great that this has been baked directly into the Pulse.

The idea here is that you can compare your ‘resting’ heart-rate with the post-exercise equivalent to see how hard your body’s finding the workout. Over time, the idea is that this figure falls the fitter you get.

Tucked away at the very end, the sixth screen basically displays the time, your name and remaining battery.

I can’t help but feel they could’ve squeezed the battery meter into a little corner and appear on all previous screens, while simply doing away with the time altogether. I can’t see myself clicking through six screens just to see what the time is.

The pulse is very light, coming in at 8 grams. Besides the micro USB port required for charging, the only other physical ‘thing’ on the tracker is the button on the top of the device.

This is what you press to turn the screen on, navigate between the various metrics, and also to sync the Pulse with your smartphone via Bluetooth – syncing requires a long-press.

Scooting around with this little nugget strapped to your waist all day is one thing, but it’s only worth it if you can access the data right? Right.

On the Pulse itself, as we’ve seen already, you can see most of the pertinent data. You can also swipe left and right on the screen to look back at 14 days worth of data which is a nice touch.

But for the bigger picture, you’ll really want to deep-dive with your data on your smartphone or PC.

The Withings Health Mate app is available for iOS and Android. You’ll need to install the app and set it up to work with your Pulse. This is easy to do and you’re guided through the process.

However, I can’t let this little faux pas pass without at least a mention. When I first set myself up with the Pulse, I was presented with this rather interesting message. Bear in mind, I was installing this on a Samsung Galaxy S4…not an iPhone.

I’m assured this will be fixed, if it hasn’t been already by the time you read this.

Now, all you need to do is press the button on your Pulse for about 3 seconds and all your data is beamed to your Withings account via the gift of Bluetooth. You don’t have to do this each day – you can do it, say, once a week if you like and it will still record all the data tracked since you last synced the device.

Alternatively, you can log-in to the Web-based account and see a granular breakdown of your data. The more you use it, the more you’ll be able to see the progress (or regress…) of your physical state.

If you have a set of Withings WiFI scales, you can automatically transmit your weight to your account. But if you don’t, like me, you can manually enter your weight, which is really an imperative metric in the health and fitness realm.

Testing and other need-to-knows

Withings has entered a competitive space, so it needed to bring something a little fresh.

At $99, the Pulse is similarly-priced to Fitbit’s offerings and the Jawbone Up, though it’s markedly cheaper than the Nike+ Fuelband which comes in at $149.

It’s also light, unobtrusive, and lasts for 2 weeks on a single charge. But the built-in heart-rate monitor is probably the main differentiator for me. For someone currently in the market for a new tracker, this feature alone will likely sway many on board.

It’s probably safe to say that, as with Fitbit, Withings will launch off-shoot products, perhaps versions that are intended to be worn on your wrist. And that, for me, is one of the big benefits of the Nike+ Fuelband, Jawbone UP and Fitbit Flex – it’s far more convenient having a contraption on your wrist than on your waist.

If you’re out on a run, it’s not easy having to unclip the device to peruse the metrics. Plus, as I outlined already, you’re not able to determine the default screen – you have to keep clicking through to get to your desired metric. If you’re tired, sweaty and out-of-breath, this may be a step (pardon the pun) too far.

Also, you do have to be careful – given the Pulse is unobtrusive, it’s easy to come home from a long run, pull off your shorts and sling them in the washing machine without a second’s thought as to what’s strapped to the waistband. This is something I almost did. Twice.

But there is of course good reason why you clip it to your body, rather than wearing it on your wrist. And it all comes down to accuracy.

Step-counting (and as a consequence calories and distance) is less precise when you wear the Pulse on your wrist. Though the error rate hasn’t been quantified, we’re led to believe that it could be somewhere close to 20% less accurate if you were to wear it on your wrist. So if you’re temped to strap the Pulse to your arm using the night-time band, well, don’t.

Also, I wanted to test the accuracy of the data issued by the Pulse. I wore it on a treadmill to run 5km exactly – at the end, the Pulse said I’d ran 5.15km – that is close enough for me though. However, the longer you run the greater this disparity grows.

I wore the Pulse on a 10.77km outdoors run (mapped precisely in advance and also tracked in real-time with a GPS app). The Pulse told me I’d traversed 12km.

The message here is this: if you’re looking for absolute accuracy, you’re best sticking to a GPS watch or an app such as Runkeeper. Speaking of which, you can actually integrate your Runkeeper data with Withings, meaning you could just use the Pulse for things like step-counting, sleep-tracking and heart-rate monitoring.

The verdict: What should you buy?

So, what fitness-tracker should you buy?

Well, the Nike+ Fuelband is pricey, limited in scope and hasn’t bothered to introduce an Android app – 18 months after launch. This is a big fail for me.

The Jawbone Up is of a similar price to the Pulse, but has no screen which is a downside. The Fitbit One is probably the most similar to the Pulse, but the Withings device for me just shades it due to the built-in heart-rate monitor.

I’d also be tempted to buy myself some Withings WiFi scales after all this tracking so I can feel truly quantified, given that manually entering this data is a chore.

At any rate, you can order the Withings Pulse online now in the US for $99, and it’s currently available for pre-order in other countries with an expected shipping date of mid-August.