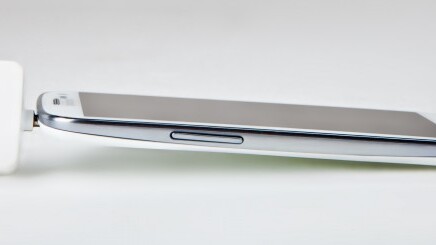 Low-light photography is a tricky business with smartphones, in part due to the smaller sensors packed inside their beautifully thin hardware. Whether it’s in the local bar, a music concert or moonlit walk, users are sometimes forced to use the built-in flash that can often ‘white out’ large parts of the photo.

iblazr is launching a Kickstarter campaign today to fund an independent, yet fully synchronized flash unit for iOS and Android devices. It’s roughly the size of a postage stamp and attaches to the user’s smartphone or tablet through the standard headphone jack. Available in black, white and aluminium, the iblazr is pretty pocketable and resembles Luxi and Lumu, two portable light meters that were also funded through Kickstarter recently.

The company is also developing a dedicated app for the device, which offers basic functionality such as switching between photo and video mode, as well as firing constantly or for individual shots only. There’s also instant access to the user’s photo library, in addition to alternating between the front and rear-facing camera.

More importantly, the app also gives users the ability to adjust the brightness and also synchronize the flash with the necessary shutter speed.

The iblazr app doesn’t look bad by any means, but iblazr will be considerably more useful once it’s compatible with other popular third-party camera apps. Ten developers have already promised iblazr synchronization support in the future, but it’s unclear whether these will be available in time for the device’s retail launch this December.

It’s also worth noting that iblazr also works independently of the user’s smartphone or tablet. It means that budding photographers can bounce the beam off a wall or have it running at all times from a different angle, avoiding the glare that often results from a device’s regular built-in flash.

The unit itself houses four LEDs built by lighting specialist CREE, capable of firing with a 60-degree beam angle, as well as a separate 200 mAh battery for roughly 1,000 flashes on a single charge. Carrying around a USB charger is far from perfect, but it does ensure that the user’s smartphone or tablet doesn’t die in the middle of the day.

iblazr is looking for $58,000 to take its portable flash to market. Backers are able to pre-order the device right now starting at $33 for early bird pledges and $39 thereafter.