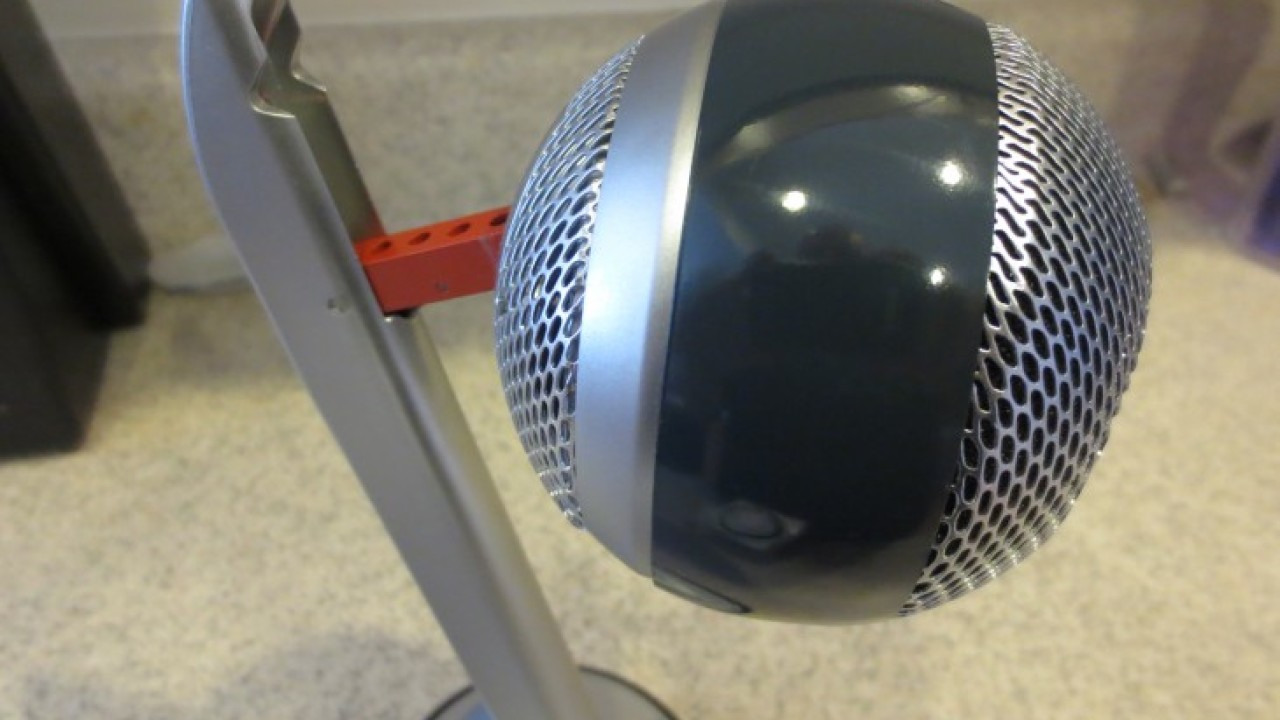 If you’ve read TNW for any length of time, you’ll know that I’m a pretty big fan of Blue Microphones. I own several myself, and I’ve reviewed just about every USB-based model that the company has released in the past three years. So when I was given the chance to review Blue’s two newest, the Spark Digital and the Nessie, I jumped. We’ll talk more about the Spark Digital in a later post, but for now let’s focus on Nessie.

Nessie appears to be somewhat of a replacement for Blue’s tried-and-true USB offering, the Snowball. Priced similarly, at $99, it offers truly exceptional sound quality for both audio and instruments, plus it comes mounted on a stand and offers real-time headphone monitoring; something that the Snowball simply didn’t have.

Nessie also differs from the Snowball in that it has a bit more technology behind the sound. By adding typical post-production effects, Blue claims that you can now be “fearless” about desktop recording. I’ve found this claim to largely be true, and applaud Blue for finding the balance between “just enough” and “over the top” when it comes to structuring the audio output of Nessie. For an example, here’s a demo recording from Blue of an acoustic guitar:

And here’s a demo from Blue of the vocal mode:

Nessie is a cardioid condenser microphone, with three recording modes and an instant mute button. It connects directly to your Mac or Windows machine via micro USB and includes an internal shock mount to dampen vibrations. A mode switch on the back of Nessie allows you to select for voice, music or raw audio processing, each of which offer their own benefits. Voice mode uses processing to adjust for variance in levels, it hushes sibilance and tends to focus more on the range of typical vocals. In music mode, you’ll find that there’s a considerable amount of detail, lending Nessie as a great choice for recording guitars or other stringed instruments that tend to have a lot of “life” to their sound.

What’s interesting to me, however, is the choice to include the raw audio mode. It provides a lovely, clean signal that you can adjust to your own liking on post-production. For an example of this, I’ve recorded a clip of my vocals in raw mode:

The base of the Nessie also holds a trick. The blue ring can be turned, adjusting the monitoring volume for the built-in headphone jack that provides real-time monitoring. This real-time feature is positively a necessity for recording professional-sounding vocals, and it helps immensely when recording instruments as well.

Another favorite feature of mine is the articulating head, which appears to be where Nessie got its name. Looking a bit like the Loch Ness monster when extended, the Nessie’s head allows you to position it where it’s needed, rather than having to move the entire microphone based on what you’re recording.

Right now, I don’t think that there’s a better-sounding microphone on the market in Nessie’s price range, and that’s before we even consider the value-added features of onboard sound processing. These features take the Nessie from “highly recommended” to “over the top” as far as I’m concerned. For $99, you simply can’t go wrong with Nessie’s combination of style, sound quality and professional-level capabilities.