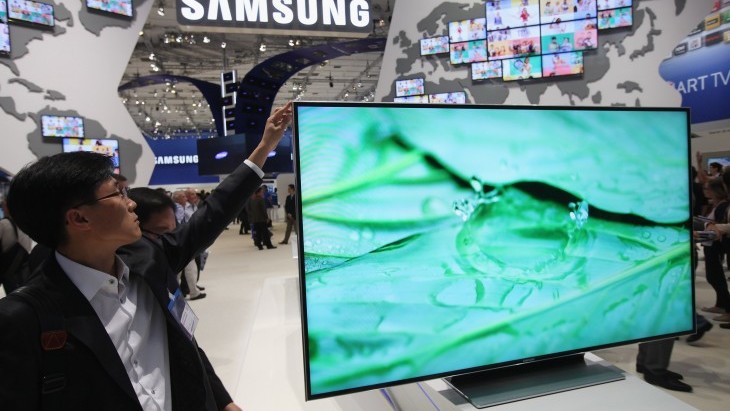 Coming together to collaborate back in May, Samsung and TeliaSonera (Europe’s fifth biggest telecommunications company) have today marked a step forward in the Smart TV market with the launch of the world’s first IPTV solution, which brings services to displays without the need for a set-top box.

The new technology allows Samsung’s Smart TVs — including Series 7 and Series 8 sets — to display IPTV services provided by Elion (part of the TeliaSonera group) in Estonia. The solution comes with full support for key linear, recording, catch-up and on-demand features.

Following its Estonian launch, Samsung intends to adapt its IPTV technology and bring it to other Smart TV series models next year.

Samsung already has plans to begin negotiations with IPTV providers all over the globe, helping them establish services that are compatible with Samsung’s Smart TVs.

The solution was initially demonstrated at the IFA trade show in Berlin back in August. As a result, a number of large telecom companies approached Elion and Samsung to enquire how they would be able to adopt the new technology.

TeliaSonera hopes that it can roll out its new IPTV solution in Sweden in the first quarter of 2013, with Finland following later in the year.

Samsung will seek to secure partnerships with other operators and IPTV providers to extend the use of its new platform, making its new Smart TVs even more desirable to those who want to reduce the number of devices they have in their home.