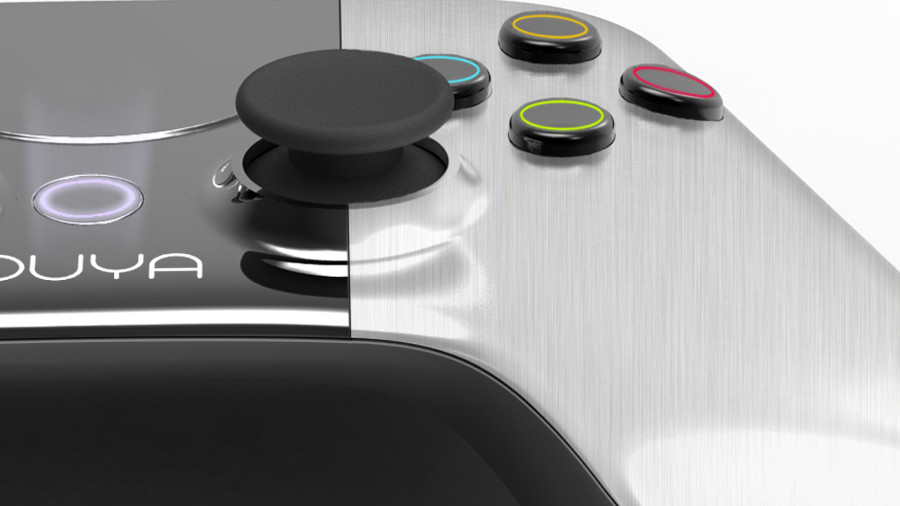 With the launch of a Kickstarter campaign for its $99 console today, Ouya enters the market at a strange time for video games. The current console cycle is one of the longest ever seen – and yet consumers don’t seem to be crying out for new hardware. The growth in smartphone and tablet gaming, as well as the trend towards expansive online experiences, has extended the cycle in the last few years. But as Nintendo gears up for the release of its new console later this year, the purpose and potential audience for Ouya should be questioned.

The console itself is built on the Android 4.0 operating system, albeit with a custom user interface and storefront. However, this doesn’t necessarily mean the hardware is confined to smartphone performances, both in terms of power and controls. It’s got a quad-core processor and 1GB RAM, coupled with 8GB of on-board flash. Throw in full HD visuals and at first glance, Ouya has got more than enough grunt under the hood. But will it be able to compete with the next generation of hardware coming from Sony and Microsoft if not next year, in 2014? Who knows.

Ouya says the console will be able to play a variety of content “from AAA to indie”, including content aimed at both mainstream and hardcore gamers. However simply offering the same games as its competitors won’t be enough. Players have affectionate and well-established ties to either the PlayStation 3, Nintendo Wii or Xbox 360 (just look at some of the ‘flame wars’ online and you’ll know what I mean). Offer them an identical Call of Duty, and they’ll be unlikely to budge from the comforts of a familiar system and existing friend list. It’s a problem the Wii U is already facing difficult questions over.

However, offering the same experiences which can be found on a smartphone or tablet won’t work either. The beauty of both these platforms is that consumers already own them – effectively eliminating any sort of entry fee. So if your partner is already playing Tiny Wings or Angry Birds on their iPad, they’re unlikely to fork out on another console just to play the same game. Ouya will need to address this by offering as many exclusive titles as it can.

Is it enough to be affordable and open?

Ouya is trying to tackle this problem through an open market ethos. The app store on iOS has been a revolution for the games industry, in part because it encourages independent developers to bypass publishers and set their own prices. Ouya hopes that by cutting out the ‘middle man’, it too will attract a plethora of new and original games. It’ll be vital if it has any chance of defining itself as a unique and ‘must-have‘ platform.

The company also plans to release the console at a very competitive price point. At under $100, it beats the pricing of current hardware by a country mile. Nintendo should be particularly concerned, given that it has long justified its underpowered consoles with a ‘family value‘ price tag. However, the issue for Ouya is that it has a price tag in the first place. It’s likely to be competing against mobile phones, tablet devices and PCs, which consumers have already purchased. Encouraging them to pay for a new system at all is incredibly difficult – something the Nintendo 3DS and PlayStation Vita has found out the hard way.

Ouya hopes to avoid the issue of cost by making sure all of its games are free to play, albeit with paid versions later on. It’s the route which mobile games have pioneered and which home consoles have begun to follow through its promotion of demos and trial modes. However the big publishers – such as Ubisoft and EA – are unlikely to want to offer any of their blockbuster games for free. Ouya will have a tough time persuading the industry heavyweights to adopt a more open and ‘freemium‘ approach.

Branding is also a key issue. Families love Nintendo and Sony hardware because they’re recognisable and familiar. Newcomers such as OnLive, meanwhile, have struggled to make the same impact. This can be attributed in part because of the over-reliance on an internet connection, but also because it has a very uninspiring identity. Ouya seems to be aiming for a very sleek and sophisticated device, which will hopefully differentiate itself from the competition. Identifying a specific audience and marketing to them with a consistent image will be key.

The video games marketplace is crowded at the moment, but as the industry continues to expand there will always be room for new competitors. The Ouya hardware is an interesting mix of a modern, open store ethos and classic controller design. It’s slated as the perfect platform for developers, but the hunger for such a platform will no doubt be indicated by gamers through the Kickstarter launching today.

Liked this? Read our interview with Ouya’s founder Julie Uhrman.