As we reported, Ouya is a new and unique game console priced at $99, which is launching through a Kickstarter campaign today. Ahead of its release, we decided to interview its founder, gaming industry veteran Julie Uhrman. From openness to the future of gaming consoles, here’s what she had to tell about this ambitious project. 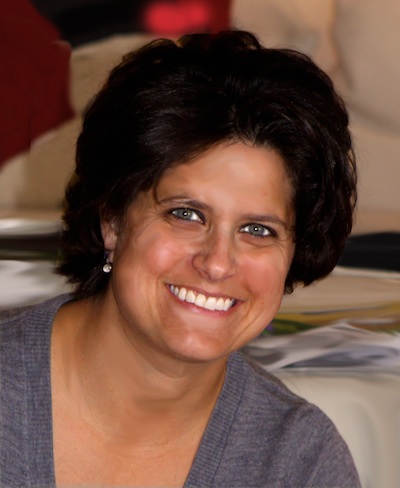 TNW: Where did Ouya’s name come from?

JU: You mean our battlecry? The idea of Ouya is to be open. So the ‘O’ really represents openness and the rest, you know we’re still figuring that out. But it just felt right.

TNW: Can you tell us about the vision behind Ouya?

JU: Ouya is our love letter to gamers. We know that in recent years, there has been a brain drain towards mobile in the gaming industry. For gamers, hardware is still very expensive, while it is hard for developers to bring their games to the living room, where gamers would like to play them. That’s what we want to solve: we want to bring back games to the TV. We also want to challenge the status quo, and bring openness where it didn’t exist.

TNW: What do you mean by openness?

JU: Everyone we talked to is embracing the idea of openness, and loves that approach. By the way, every single console comes with a debug console. You don’t need to buy any expensive SDKs; all the tools you need will be available in the console. It will allow you to root the device without voiding the warranty. We’re even working on the idea of a ‘plant’ which will restore your profile after rooting your device, basically reversing the root.

And because it’s on Android you’ll understand the source code well and how it works. If people are interested, we may even publish the hardware design. This is really an open console – we’re even going to have standard screws in the console and the controller so you can open it up!

JU: We think the timing is perfect. The hardware that is available today has been out there for seven or eight years. There was no new hardware announced at E3, and the console cycle has become very long.

People are even trying to say consoles are dead – and we obviously disagree. I think one of the reasons that this idea is getting so well accepted is that people are looking for something new and different which can really challenge the status quo and can bring great creative content back to the television.

TNW: What do you mean when you say all games will be free to play?

JU: Our only rule is that some portion of the game has to be free to try. After that, the developer has the total freedom and the flexibility to price and monetize their content accordingly.

TNW: How are you going to ensure quality?

JU: We are going to have the app submission and processing model similar to how it works today on Android. But obviously we will have controls in place to make sure we have great quality of content.

TNW: Will you be promoting specific games? If I use it, will I get to a landing page where I see curated content?

JU: Absolutely. We’re basing this on Android, but we’re going to build our own marketplace and our own UI; we will be curating the content, marketing and promoting it, just as any other storefront would do.

TNW: Can you tell us a bit more about the design?

JU: Ouya is both a console and a controller. At the end of the day, we believe the console will go away and it will be a chipset on the television. So we have been spending a lot of our attention on the controller. We believe it’s our love letter to controllers. 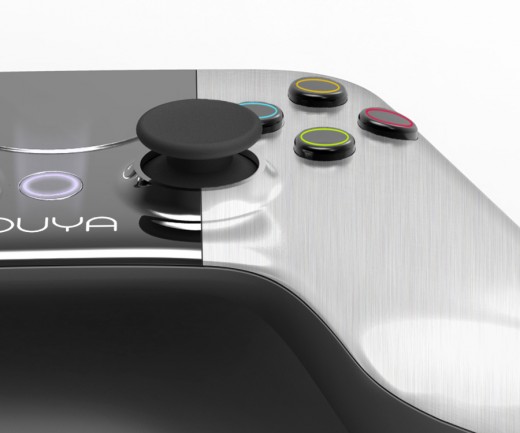 The controller will have two analogue stick – the d-pad, with eight gameplay buttons, but also a touch pad, so developers that have built games which use gesture control can easily bring those games to our platform. We also think the combination of traditional buttons, triggers, joysticks and a touch pad would lend itself to developers making new, creative and unique games for our platform, which would be possible to be played anywhere else.

The focus on the controller is really on fast buttons, accurate sticks and a substantial weight. We’re paying a ton of attention to the feel, the finish, the materials that we should use and the size of the controller – this is going to be iconic by design.

The best way to experience television gaming and gaming in general is to have a responsive device which has great precision and great feel. That’s what we are focusing on.

JU: Kickstarter has been a phenomenal place for hardware companies to get traction and support from their consumers to say, ‘this is something that we want’. Pebble is a great example of this [see our previous story]. This is an audacious move, it’s a huge undertaking and there are a lot of moving pieces between building the hardware and the software, and building the game making system.

At the end of the day we really believe that this is the people’s console. We believe that this is for gamers and developers, and we wanted to get it out to them as soon as possible to get their support and feedback. And there has been no better platform to do that than Kickstarter. Plus we need the money to take this all the way. We’ll be using the money to bring our prototype into a production build, to finish building the told for developers, so they can easily publish their version of their games to our system, and we’ll also use it to fund development.

If Kickstarter signals strong demand, there will be a desire to have this everywhere. So we decided that it was important to get this to our gamers and our developers early in the process and get them on board as partners, and let them tell the world that this is something that they want.

TNW: Can you tell us a bit more about your other backers?

TNW: How did you make the connection with Ouya’s designer, Yves Béhar? 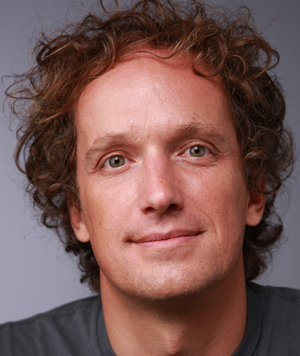 JU: We wanted to build a quality designed product, and when you looking in the space of designers and industrial designers and the recent work that has been done, you quickly end up connecting with Yves.

He is an unbelievable designer; he really knows how to fuse design with usage and brings something new and unique to consumers at an affordable price. We shared many viewpoints on product development and design. We’ve been very fortunate to have them on board, they have been great partners and we’re looking forward to working with them on this with us.

TNW: Is social also part of the picture?

JU: Social isn’t new in gaming. I know this well, I have been a gamer forever – I grew up playing video games on the television, which I was downloading from BBS boards.

So we intend to build community with matchmaking and friend lists, achievements and all that. Eventually, people will also be able to chat through Ouya. It’s just a matter of time.

TNW: What has been the reception so far among developers?

JU: They have been super excited – we’re getting tons of support. We have developers saying they want to put their games on our platform, introducing us to other developers, and wanting to help us as we finalise our designs for the console.

Essentially, because it was built from the ground up to address the pain points for developers, we think that the console will attract great content. It’s going to be easy and frictionless and more affordable for developers to make games for the console and so in theory, what that will deliver is a broader variety of great games for them to play.

If you are a game developer, would you make games available on Ouya? Let us know why in the comments!