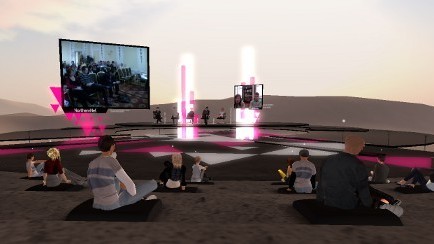 Barnes and Noble is expected to launch its new Nook Color 2 e-reader by the end of the month, pitting the company directly against its book-selling rival Amazon and its reported new Kindle and tablet devices, Digitimes reports.

According to sources, Taiwanese suppliers will ship components used in the new Nook Color with TPK Holding supplying touch panels, Inventec handling assembly of the device, with Pegatron also said to have received orders to manufacture the e-reader.

Barnes and Noble’s supply chain will ensure the company will receive shipments of around three million units of the Nook Color 2 by the end of 2011.

PDFSources notes the success of Barnes and Noble’s NOOK range until now:

The growing demand for B&N’s new NOOK lineup has led to a quadrupling of digital content sales over last year’s first quarter. While online sales increased 37% to $198 million and sales at physical stores decreased 3% to $1 billion, B&N’s new NOOK readers are the stars of the show with B&N’s NOOK business (including sales of digital content, device hardware and related accessories) increasing by 140% to reach $277 million, on a comparable sales basis.

The e-reader is expected to feature a 7-inch full-color touchscreen, shipping with support for email, music games and apps. The launch of such a device will see Barnes and Noble reach the e-reader/tablet market before its major rival Amazon, which is reportedly to launch two tablet devices in the next six months.

Sources have said Amazon will aim for an October launch of its 7-inch tablet device, followed by a 10-inch model which would be released in the first quarter of 2012. The Amazon tablet devices are expected to feature tight integration with its cloud and retail services, helping to position the company favourably in a market playing catch-up to Apple’s iPad.