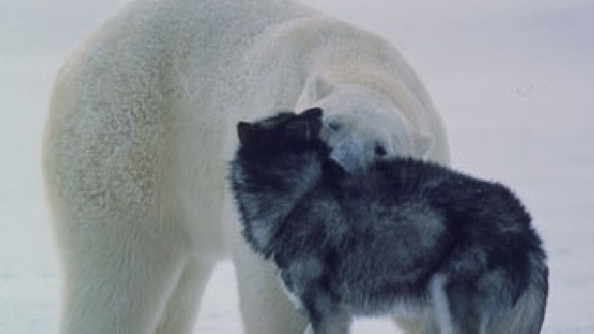 When you first walk into the Orbotix office in downtown Boulder, it’s abundantly clear that these guys like robots. A lot. Probably almost as much as TNW’s Courtney Boyd Myers. What isn’t so evident, though, is the grand scale of what the company is doing with its first consumer product, the Sphero.

Oh sure, it’s a really cool toy. Essentially it’s a two-wheeled, highly-unstable robot that sits inside of a ball, akin to a miniature version of what you’d see a hamster running in. But there’s more to this stocking-fodder that meets the eye as the Orbotix team has found out that people might love toys, but they really love games.

First off, have a look at how cool this thing really is:

I spent some time talking with Orbotix CEO Paul Berberian about the concept to completion of Sphero and what was coming next. Interestingly, a robotic ball was nowhere near the first idea.

Berberian tells me that Sphero was launched from the thought that people would want to play with a toy that was dead simple to use, but addictive. Obviously this is a recipe for success, but getting to the point of deciding to make a ball was a longer process that involved a lot of ideas but no products. Finally, settling on the thought that everybody would love to play with a ball that they could control from the phones that they already had, Sphero was born.

So you take a rather unstable robot, allow it to be controlled over Bluetooth from any Android or iOS device and then stabilize it by sticking it into a ball. What you get is something that’s dead simple to use, but challenging enough for lasting entertainment value. Oh, and you can also control a single ball from multiple devices, opening even more options.

But if all that you could do was roll it around on the floor, the entertainment value would fade rather quickly. With that in mind, the team went to work on some games. There’s a Pong-like game, wherein the LED on the ball starts out green, you flick the screen to roll the ball toward your opponent and then they have to flick it back when the LED is yellow, before turning red. As simple as it might sound, it was fun enough for Berberian and I to play for a good half hour before moving to the next.

The other that I got to play was an early version of a golf-like game. With 3 selectable “clubs”, each of them has a hard-stop limit to how far they will cause the ball to travel. Setting up rings or marks on the floor, you use the appropriate club to get the ball to the mark. As easy as it might sound, it was nearly as challenging as golf, but with more laughter and less cursing.

These are just a couple of the games that are currently being in development by Orbotix, with more to come as the product gets closer to its Q4 2011 release. There’s also an open SDK for a beta developer program so if you have the chops and some ideas you can make Sphero do all sorts of things via iOS or Android.

You can reserve your Sphero now, and many already have. Recharging will happen via an inductive cradle, so there are no batteries to change out of the sealed unit. Berberian tells me that they’ll run around $130 US, and should be available in time for Christmas this year.