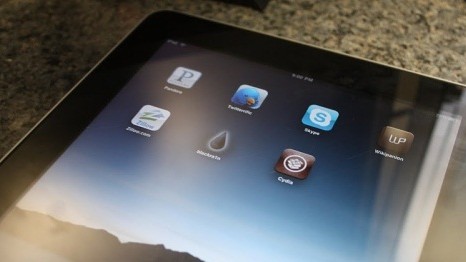 With the introduction of the BlackBerry Bold 9900 RIM has made it clear that it has no interest in joining the modern world. While it is great to see a capacitive touchscreen that doesn’t click coming to a BlackBerry, it’s just sad when you compare the Bold 9900 against the competing phones on the market.

When the iPhone was revealed in early 2007 it turned the industry on it’s head. Within the next 3 years, every phone maker on the planet had a flagship phone with a large multitouch display and an array of tappable icons. Every manufacturer except for BlackBerry.

Even though many of the phones may look similar at least superficially, there is a wide array of design choices here that, while they mimic the iPhone, don’t copy it completely. Regardless of whether you think they’re good touches or bad, things like soft touch buttons, sliding keyboards and the highly customizable Android OS differentiate most modern manufacturers from the iPhone’s mold.

This is great because consumers need choice, no one suffers when we have lots of options.

What does show up as a common thread is the large capacitive display and a focus on apps as the future of phones. These things aren’t copied because these companies wish they could be the iPhone, they’re copied because it’s the way a modern phone should work. Apple was just the first one to figure it out.

Which brings us to the BlackBerry, which is suffering severely from a case of Porsche. By that I mean that their designs haven’t changed significantly in years, especially the last five.

Here’s a chart of the way that the iPhone has influenced phone design in the last half-decade.

You can see the common thread here. In all but the last entry on the list you can see that manufacturers have been convinced that the core features that made the iPhone such a major success are things that they need to offer consumers.

RIM on the other hand is convinced that what they’re doing is just great and that all they needed to do was shoehorn a capacitive display onto their older Curve models and they’d be in the money.

I mentioned Porsche earlier because they’re another company that hasn’t changed the design of their signature vehicle, the 911, much at all in it’s entire history. Observe the 1969 Porsche 911E and the 2008 997 Turbo.

Unfortunately for RIM, the tech world isn’t like the car world. A 5-year-old design in mobile phones just means that you’re clinging to nonessentials. Sure there is some nostalgic allure in the physical keyboard and a half-sized screen, but it’s not going to make the Curve as attractive to consumers or half as usable as a modern phone from another manufacturer.

RIM needs to come up with something truly new and exciting if it wants to capture the spark that they once had. Many credit RIM with the invention of the smartphone, just as many believe that the 911 is the prototypical sports coupe. Unfortunately the smartphone market isn’t the car market and RIM isn’t Porsche.