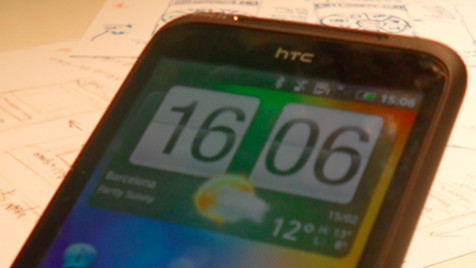 HTC the Taiwanese manufacturer, posted a video today on its YouTube channel displaying a brand new device. We’re not sure what the device is or if this was a leak, but according to a recent post from Engadget, they mention their tipster suggested that it could be the Wildfire 2.  And, we’ve also been hearing around the web that based on an inventory leak, it will likely be called HTC Wildfire S.

The video below begins on a beach and sports a sexy new device that appears after the guy on the beach turns over a rock. If you look closely, you can see it’s very similar to the original Wildfire device.