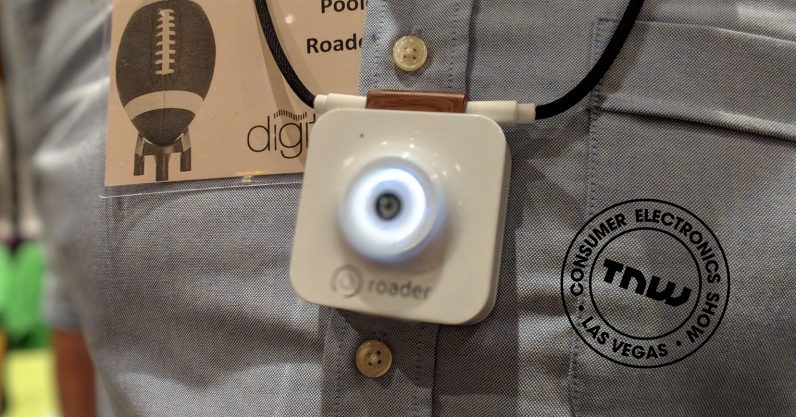 A Dutch company is showing the Time Machine Camera at this year’s CES, a wearable lets you take pictures of the past — albeit the very recent past.

Roader, the company behind the camera, says it’s designed to help photographers capture moments which have just passed. The Time Machine is constantly buffering video, and saves the ten seconds from both before and after you hit the record button.

The camera comes with 16 GB of internal storage, and records both low-resolution (640 x 640) and high resolution (1088 x 1088) versions of your footage. The low-rez version is sent automatically to the Roader app on your phone, apparently for the sake of expediency, while the high-rez version is saved within the camera. It’s compatible with both iOS and Android. The battery lasts an estimated 6-7 hours.

The company claims the camera was inspired by two entrepreneurs who saw the Chelyabinsk meteor in the sky over Russia in 2013. Sjoerd Pitstra, Roader’s CEO, said “The Time Machine Camera ensures you will never again say ‘I wish I had that on video.'”

I can’t say I foresee that many occasions where I’m surprised by a heavenly body before I can reach for my camera, but it’d still be something to snap a killer pic even after the golden moment has passed. It might not be the most elegant solution — suppose the ten seconds of footage is all blurry or pointing the wrong direction because I didn’t know I wanted to record at that point? But it’s a nifty tool for impulsive photographers who can use twenty-second window to best advantage.

If you’re interested, you can pre-order the Roader Time Machine camera now from the company’s website. The first units are expected to ship out this spring. The current (discounted) price is $149.