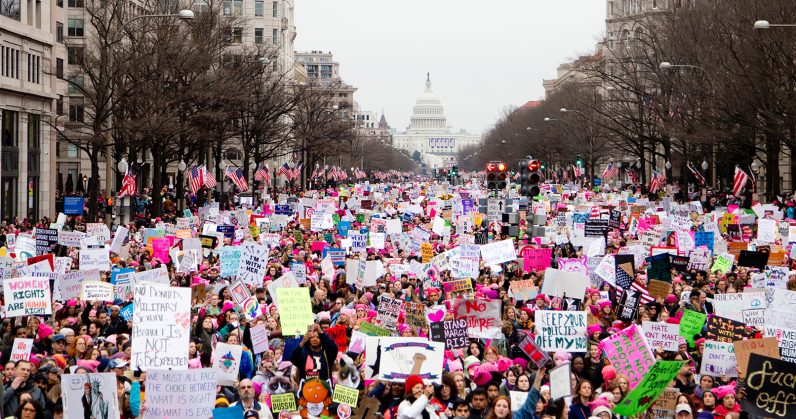 As the legislative noose draws tighter around women’s necks, it’s centuries-old technology, or modern adaptation of it anyway, that could provide some much-needed breathing room.

After Louisiana and Georgia recently joined the ranks of states passing so-called “heartbeat bills” — legislative bans and restrictions on safe abortion for women housing an embryo after approximately six weeks — TelAbortion could provide the answer, albeit an answer shrouded in dubious legality.

A highly anticipated study, called “TelAbortion,” published this week in the journal Contraception offers reason for optimism in telemedicine as a safe alternative to endangered abortion clinics everywhere. The study explores the opportunity for safe and effective at-home abortion procedures that rely on ubiquitous technology and a combo pack of drugs called Plan C.

It’s an idea that dates back centuries, one focused on remote diagnosis and treatment of common conditions, a means to aid those lacking mobility or living in places without access to proper healthcare. “Many clinics already used telemedicine for other services,” Elizabeth Raymond, a researcher at Gynuity Health Projects and lead author of the TelAbortion study, told Wired. “Our study validates that this is a feasible, safe, and effective approach.”

Conservatives are unmoved. So far, it appears as if their will is driving the car, and that pro-choice advocates are mere speed bumps. Unless someone hijacks the keys, and soon, it appears that women are destined to face more regressive bills designed to exert full control over their bodies.

Do any of these knuckleheads realize that Roe V. Wade was enacted because so many women were dying from illegal abortions that it was a public health crisis?

The bills themselves are meaningless, throwaway legislation treating women as pawns in a battle destined for the Supreme Court. In an attempt to walk back Roe vs. Wade — the 1973 Supreme Court ruling granting women access to safe abortion and a fundamental “right to privacy” when choosing whether or not to have one — women are caught in the crossfire of the state’s legislative agenda; they’re being denied access to health services guaranteed to them nearly 50 years prior by the nation’s highest court.

Though it’s a relatively new idea, researchers believe TelAbortion could be a safe alternative for women lacking access to abortion services. So safe, in fact, some providers argue it should be available over-the-counter.

It works like this: After an initial chat with a medical professional, a pregnant woman is mailed abortion drugs (200mg of mifepristone and eight tablets of misoprostol at 200mcg each — women take four at first, followed by four more if they don’t experience bleeding in a few hours). According to Planned Parenthood, the prescription cocktail, known in some areas as Plan C, causes cramping and bleeding, much like an intense period, ultimately leading women to pass the pregnancy tissue in four to five hours in most cases. The abortion kit carries a price tag of around $250.

1 in 4 women have had an abortion. Many people think they don't know someone who has, but #youknowme. So let's do this: if you are also the 1 in 4, let's share it and start to end the shame. Use #youknowme and share your truth.

“Clinics are often overscheduled,” Raymond says. “Women wait a long time to get an appointment, or the clinic’s schedule is not convenient for their work or their life.” That’s assuming there’s a clinic near you. 90 percent of counties in the US have no access to an abortion provider. In 27 cities where populations exceed 50,000 people, there’s no abortion clinic within 100 miles, according to the National Institutes of Health. TelAbortion, in its intended use case, could solve this problem for thousands of women.

It’s the convergence of these two trends — a restrictive view on legal abortion and the increased interest in remote diagnosis and treatment — that maps an obvious junction point where the two will one day intertwine. On its own, TelAbortion offers a completely legitimate and beneficial use case. But in the repressive political climate women currently face, its importance can’t be overstated. TelAbortion could be the answer for the women of Alabama, Missouri, and other states pushing for full control over women‘s reproductive health.

Legislators, though, aren’t going down without a fight. The FDA has already sent a letter warning one provider, Aid Access, to stop “causing the introduction of these violative drugs into US commerce.” This leaves women to form their own secretive networks to share safe places where they can still find them online, from reputable merchants who typically reside outside of the US.

The 22 Alabama senators who voted against including an exception for rape or incest in the abortion law.

I feel like they have something in common….but I just can't put my finger on it. pic.twitter.com/uangIf2mfA

For rogue providers willing to risk their medical licenses and potential jail time, however, the fight will never stop. There will always be ways to find the pills; politicians are just limiting options to find them safely. Dark Web marketplaces, for example, will always carry them. They’ll appear alongside cocaine and ecstasy, AK47’s and child pornography — a dystopian picture painted with brush strokes once reserved for Netflix’s dark sci-fi anthology, Black Mirror.

Much like the abortion debate in the 1970s, the oppositional retort centers on the idea that abortion cannot be legislated out of existence, although safe abortions can.

With telemedicine, it seems that some of these risks could, one day, be mitigated through technology and the postal service, if only politicians would allow it. And if they won’t, technology has disrupted the back-alley abortion with a safer alternative, meaning the fight isn’t over and that oppressed females still have options.

Telemedicine will clearly make its mark on the abortion debate sooner, rather than later. But will it be a mark defined by increased access to health care services for women, or a return to the secretive underground networks of illegal providers?

I guess that’s really up to the old white men in charge.