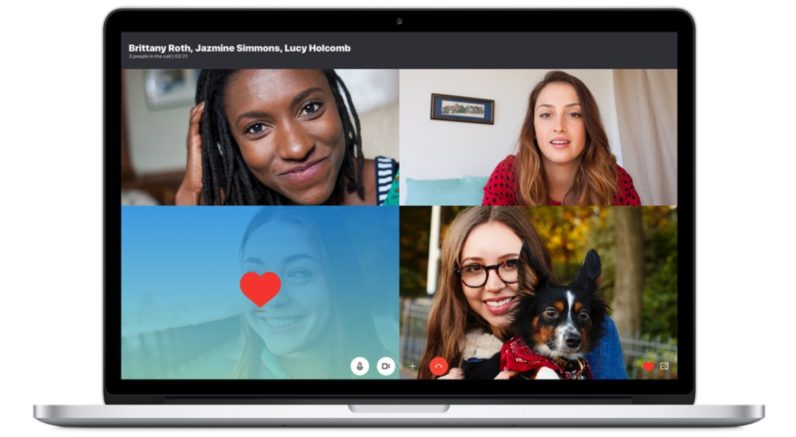 The biggest privilege of this job is having access to the best and brightest minds in the tech business: from inspirational female founders, to former most-wanted hackers, to Apple’s one-time CEO. I’ve spoken to some truly incredible people in my time at this site.

But there’s a downside. Every time I pop onto a conference call, I die a little bit inside. Most video conferencing tech is, in some meaningful way, a bit shit. It seems hard to believe in 2018, but it’s true. Let’s point some fingers at the biggest culprits.

Hey, Skype. Mind if I ask you a question? What happened man? You used to be a perfectly functional piece of software. Like, you could place calls, and it’d just work.

I know you very recently changed your style. And I know it was about as popular as an outbreak of norovirus on a cruise ship. Have you considered why?

Now, it constantly feels like I’m playing a game of Where’s Waldo; except Waldo is a commonly used function, and he’s hiding in a labyrinthine app designed by toddlers that looks a bit like Snapchat. Oh, and you crash more often than Lindsay Lohan behind the wheel of a Porsche.

For meetings with TNW’s distributed teams, we use Pluot. I really wish we didn’t.

For starters, it doesn’t actually work with Firefox. In 2018, that’s pretty unforgivable, and is yet another indication that Chrome is becoming what Internet Explorer was in 2001. Pluot is also incredibly glitch prone. We’ve had participants drop in-and-out of team meetings. Call quality can be patchy. It’s a bit shit.

Now it’s Zoom’s turn in the firing line. Zoom, for those who’re yet to use it, is a corporate-y video conferencing app. It lets people make presentations, hold meetings, share their screens with other participants… that sort of thing.

Annoyingly, Zoom requires all participants to install a bit of proprietary software, which is annoying if you’re using it for the first time. This is a bit mind-boggling, when you consider that it’s 2018, and WebRTC has been a thing for several years now. You can build a basic video conferencing app in pure JavaScript that runs across most browsers, without the need for any additional extras.

That aside, I have some specific grips with the app itself. I use Ubuntu as my daily-driver, and the Zoom app is available for Linux, albeit in a truly broken, glitchy form. More than once, I’ve been forced to abandoned meetings and tell the people to ring me on my mobile and email over the presentation deck.

Phone calls are usually a safe bet, actually. If both participants have solid reception, you can’t go wrong, and my phone provider offers really cheap international calls. Half an hour on the phone with someone in San Francisco costs me about £0.70 ($1-ish).

I’m also not averse to dialing into a conference call. However, if you’re using a “free” provider that actually forces participants to dial a premium number, then forget about it.

I remember last year I had a meeting with a company who used such a service. Dialing in from my mobile would cost me 12 pence (about 17 cents) each minute. If the call dragged on for an hour (which isn’t unheard of), I could expect to pay £7.20 (over $10). I refused to call the number, and insisted they make alternative arrangements.

I feel as though I’m just scratching the surface here. I’ve got complaints with almost every video conferencing tool I’ve ever laid eyes upon. GoToMeeting is a clunky, overwhelming mess. Slack’s video calls can be super unreliable, and don’t let you speak to people outside of your workspace. And don’t even get me started on Google Hangouts.

There’s actually one video conferencing app I actually like. You could even accuse me of being a bit evangelistic about them. I’m really fond of appear.in, and here’s why:

Appear.in isn’t new. I’ve been using it for over four years. It’s also not really a scrappy start-up. It was forged by a small team within Telenor — easily one of the largest telecommunications companies in the world. Why it’s still relatively obscure is beyond me, because it’s really, really good.

I don’t want to seem unfailingly uncritical though. Our editor-in-chief, Alejandro Tauber, locked a room only to find it ‘invaded’ by persons unknown. And yes, that’s what he called his room.

He regretted clicking through to find out what was happening.

That said, I’m not sure how much you can read into this one isolated (and, let’s face it, extremely funny) incident.

If you’re still using the likes of Skype and Zoom (and Slack video calls, and GoToMeeting. They’re all kinda crappy), consider giving it a try, even if you’re completely set in your ways. It’s a much better product, and in my experience, using it has meant better video conversations, and fewer headaches for everyone involved.

Read next: Clear the clutter: Pick up 2TB of pCloud storage space at nearly 70% off