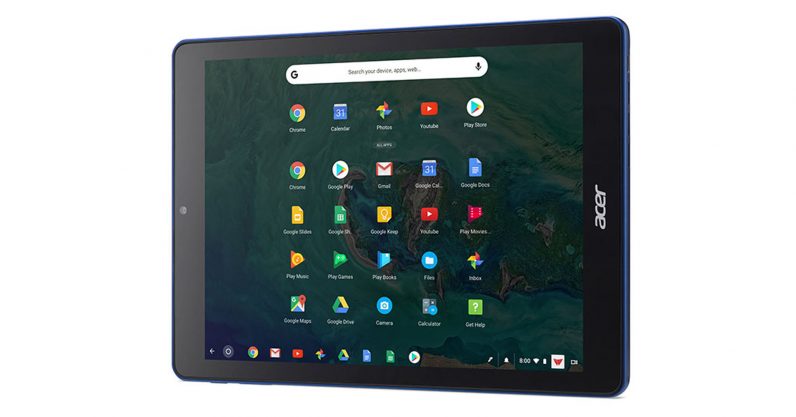 For all of Android’s dominance on smartphones, Google’s never been able to nail the tablet experience. Now it seems companies are getting ready to give up on it altogether for a more sensible alternative: Chrome OS.

It’s the very first tablet to run Chrome OS. I expect there will be many more.

While we’ve seen Google’s browser-based OS on everything including laptops, desktops, convertibles, and even tiny thumb-drives, tablets have always been the realm of Android. That hasn’t turned out great; Google has built some wonderful tablet hardware, but has not given Android itself the tools it needs to compete with iOS and the iPad.

Multi-tasking feels like a second thought, decent tablet layouts in apps are rare, and tablets rarely have specs better than the average flagship phone. And though brands like Huawei and Samsung have tried to augment the lackluster Android tablet experience by adding their own gamut of features. There are simply too few reasons to use an Android tablet over a phone with a large screen.

Google hasn’t said it plans to abandon tablets on Android, but it certainly appears to be preparing for Chrome OS to take over. Last year, it partnered with Samsung to introduce the first Chrome OS devices that could run Android apps out of the box, and the first ones to come with a stylus.

Later that year, Google introduced the Pixelbook, a convertible laptop that was thin enough to actually make a decent tablet, but ran Chome OS. In fact, Google hasn’t released an Android tablet since 2015’s Pixel C, which it discontinued in December.

At this point, why would it even bother with Android on tablets? Chrome OS can run virtually all the same apps, but provides a much more powerful web browsing experience, and better built-in stylus support. Besides, Chromebooks are already super popular in schools (in the US, at least), so Google at least has a foothold on that market. But even that’s ready to be contested – Apple is hosting an education event tomorrow where it’s expected to announce a low-cost iPad for schools.

As much as I’d love to see Google surprise me with new and improved tablet support on Android, I’ve been waiting eight years for a proper competitor to the iPad. I’m not holding my breath.

Read next: 3 ways governments are leveraging tech to stay ahead of the curve