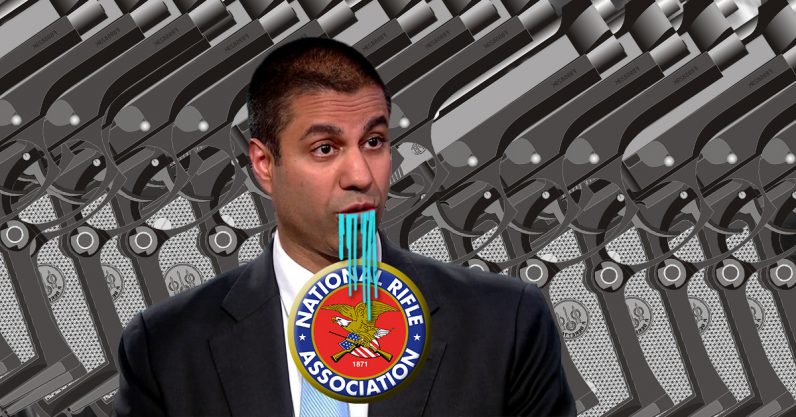 The National Rifle Association (NRA) today awarded its most prestigious honor to a man who, like the organization itself, truly understands what it means to be despised: former Verizon lawyer, and tech’s biggest douche bag in 2017, Ajit Pai.

The “Charlton Heston Courage Under Fire” award, which isn’t issued every year, is given to those who the NRA sees fit to join the ranks of its “distinguished pantheon.”

There were some empty chairs at the Legion of Doom while this awards presentation was going down.

The presentation was held at the Conservative Political Action Conference (CPAC), where members of the GOP and their fans get together to celebrate their accomplishments. And, presumably, drink the blood of baby unicorns.

The best thing about the “Charlton Heston Courage Under Fire” award is that it comes with a gift. They couldn’t present that gift to Pai during the presentation, however, because it’s a rifle. And guns are too dangerous to be allowed on stage at CPAC.