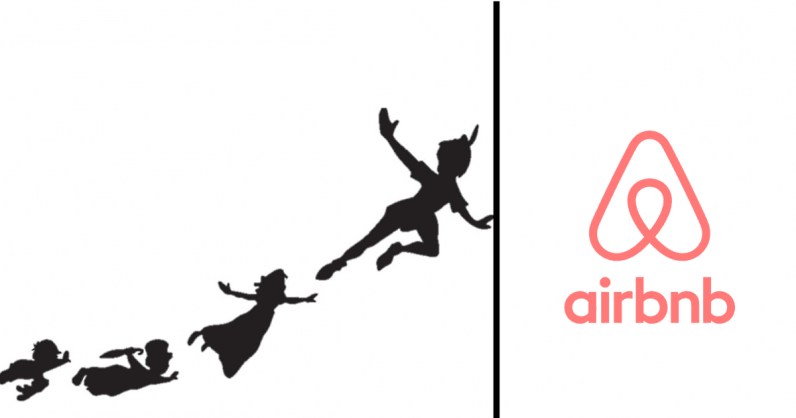 It’s remarkable how one moment of drunken madness can have lifelong repercussions. Almost a decade ago, a 19-year old Michaela Booth found herself in the midst of a drunken fracas in a nightclub. It was a mistake that resulted in a judge sentencing Booth to four years in prison.

Booth has since turned her life around. The young mother is reading Criminology at university under a scholarship, which is exceedingly uncommon in the UK. She is gainfully employed in the justice sector, and is a prolific writer and public speaker, where she advocates for the rehabilitation of ex-offenders in society.

By all accounts, she is the definition of an upstanding citizen, and has clearly been rehabilitated. But that fact didn’t stop Airbnb from permanently banning her from the service, on account of her criminal record. An email from a representative of the San Francisco-based company to Booth said:

We wanted to reach out to you regarding your Airbnb account. Upon review, and given information uncovered pursuant to online public records, we have determined that it is in the best interest of Airbnb, and for the users on our site, to deactivate your account permanently. We realize that this may come as a disappointment and that you may have questions regarding this determination. We hope you understand that this decision is exercised at our sole discretion and that we are not obligated to provide an explanation as to the action taken against your account, nor are we liable to a user in any way with respect to deactivating or canceling his or her account.

We apologize for any inconvenience this may have caused

When Booth subsequently logged in to the site, she was unable to place a booking. The reality of the situation quickly dawned on her.

It’s worth noting that Airbnb isn’t responding to something Michaela did while using the service. By all accounts, her conduct has been exemplary. She used the service on a previous trip, where she received a positive review from her host.

When I spoke to Booth, she was visibly dismayed.

“I’m used to it,” she said. “A prison sentence is never over. It’s barrier after barrier. What Airbnb is discriminating against me because of a past conviction. It’s made my life a little bit harder, and has stopped me from taking my daughter on holiday.”

“It’s unfair, and makes me feel like I’ll never be free from a past mistake,” she added.

When I reached out to Airbnb, they were unwilling to discuss this particular case. In an emailed statement, a spokesperson said: “At Airbnb, safety is our priority. We use a number of different methods to screen all hosts and guests globally against regulatory, terrorist, and sanctions watch lists and we look for prior violent felony convictions, sex offender registrations, and significant misdemeanors.”

The company noted that they routinely perform background checks on both hosts and guests. Airbnb routinely bans guests who hold convictions for certain crimes, including violent crimes.

In Booth’s case, she was convicted for grievous bodily harm (GBH) with intent, which fits this description.

It’s worth adding that Airbnb’s business model is centered around connecting travelers with other hosts. These hosts aren’t hospitality professionals; they’re often individual people renting out their spare bedrooms in order to make a bit extra cash. Airbnb, therefore, is obligated to protect these users.

In principle, I have no issue with the company performing background checks, and the preventative removal of bad actors. However, perhaps some flexibility is required on behalf of the company.

I can’t help but feel that in the case of Booth, Airbnb wielded its terms of service as a blunt weapon, and failed to look at the broader context.

Although Booth’s crime was undeniably serious, it occurred when she was a teenager. She completed her sentence and the subsequent period of supervision. She has committed no further crimes, and is holding down both a job, and a university degree.

I asked Airbnb if they would ever take rehabilitation into account when making the decision to block a user’s account. They declined to answer the question.

Beyond Booth’s case, I feel there’s a broader issue to raise.

About ten million people in the UK have some form of criminal record. That’s roughly one person in every six. In the United States, roughly 70 million people have either been arrested for, or convicted of, a felony crime. Astonishingly, that’s just shy of one in three adults.

By the standards set by Airbnb, a great many of these should be prevented from using the service. But is that necessarily a good thing?

The sharing economy is no longer a niche concept. Over the past few years, it’s firmly entered the mainstream. Services like Uber and Airbnb are bigger than ever, and are now recognized as legitimate alternatives to traditional institutions, like hotels and taxis.

Guests on @airbnb over New Year's