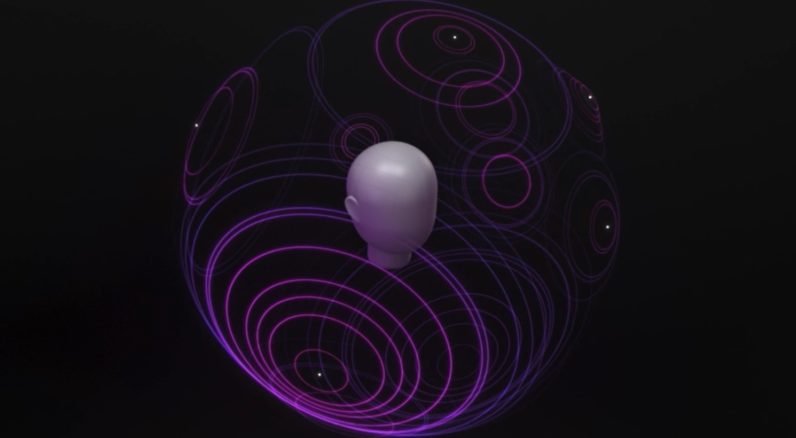 Computers have improved in almost every respect imaginable over the years, yet the way most of us listen to audio – a pair of cheap headphones or speakers – has remained woefully stagnant.

Dolby Atmos support in Windows 10 might finally change that.

Back in December, Microsoft announced it was would natively integrate Dolby Atmos processing into Windows 10 and the Xbox One in 2017, no special sound chip required, and it even works with your plain earbuds. While it’s far from the first attempt bring surround sound to headphones, it will be the first time that option will be available to so many people.

Dolby Atmos is everywhere at CES 2017. TV’s, soundbars, speakers. And it should be, because it’s pretty rad. Instead of mixing sounds into 5 or 7 channels for speakers plus one for a subwoofer(s) placed around you, it maps sounds into virtual objects in 3D space, which is then sent out to your audio system to reproduce as best possible. This audio system can be as large as a cinema or as small as earbuds.

We go into more detail in another post, but the gist is that besides more accurate positional audio around you, it adds height and some degree of depth to audio as well. It also helps make the transitions for sounds moving throughout surround speakers smoother.

‘Dolby Atmos for Headphones,’ as it’s cleverly called, doesn’t require special headphones. It works with any stereo headset, though obviously a high-fidelity pair is ideal. In some cases, Atmos for headhpones can be even better than a speaker system, as headphones can better replicate the sensation of sounds close to your ear (think bullets whizzing by).

The technology behind it is a little complicated, but basically it uses something called a HRTF (head-related transfer function) to map and modify sounds as if they were actually passing through your head. You may have also heard of the term ‘binaural’ audio.

That’s the way your hearing works in real life: sounds are modified as they pass through your noggin and earlobes, and therefore sound different on each ear. Your brain interprets those modifications and calculates where sound is coming from.

If you’re having trouble picturing how you can replicate that sensation through headphones that pump sound straight into your eardrums, here’s a pretty good example of the concept at work. It’s not Dolby Audio, but the same basic idea applies (it only works with basic stereo headphones, so disable any surround processing you may have):

A few games have started implementing Dolby Audio, Overwatch most notably. It’s also worth noting that this sort of spatial technology for headphones isn’t new or exclusive to Dolby; Counter-Strike: Global Offensive introduced something similar just last week with an new HRTF mode. But Dolby Audio has the advantage of working with both speakers and headphones, not to mention Dolby’s industry clout.

Most music is mixed for speakers, but people spend the bulk of their time listening through headphones. As such, we’ve grown content with sound that feels like it’s in our heads, not around us.

But now Microsoft says an update to Windows 10 will give it native Dolby Atmos processing support, something normally reserved for specialized sound cards. And though it’s not clear exactly how Atmos will be accessible, Microsoft tells me it Windows 10 will be able to virtualize any 5.1 or 7.1 sources for headphone use, meaning you can watch pretty much any movie with encompassing surround sound on the headphones of your choice – and that it will only get better as more movies and music is recorded in the more powerful Atmos format.

Of course, there are already many existing attempts to virtualize surround sound for headphones. Basically every gaming headphone nowdays does it, and plenty of motherboards and soundcards do too. But many of them aren’t as good as Atmos, and more importantly, only affect have the right hardware.

That’s why native Windows 10 support is a big deal: it’s the first attempt to bring better headphone spatial mapping to everyone (well, so long as you’re not on macOS or Linux).

It’s a welcome move by Microsoft, but not altogether surprising given what it’s been doing with HoloLens; spatial audio is essential to augmented reality and VR experiences (Engadget has a good write up on why).

The other side of the coin is that universal availability will encourage more content creators and developers to focus on more than just video and graphics, and finally give sound the attention it deserves. Sound quality may not be as tangible as video, but it’s one of the most important parts of keeping you immersed in media. Again, VR is pushing the industry in that direction anyway, but there’s no reason immersive sound has to be limited to a box strapped onto your face.

Headphone aficionados have known about the benefits of binaural audio for decades, but with few exceptions, the industry never adopted the technology. That’s in part because binaural audio sounds pretty terrible pretty terrible when played back through regular speakers, which we all still listen to at some point. But with Atmos able to properly process the sound depending on the output device, this complication is removed.

If all goes well, over the next few years, we’ll see games, movies and music using Dolby Atmos or other spatial audio techniques like DTS:X or Sennheiser’s AMBEO technology become commonplace, and they’ll do as much for immersion as the fanciest VR headsets. It’s just a shame it’s taken so took so long to get there.