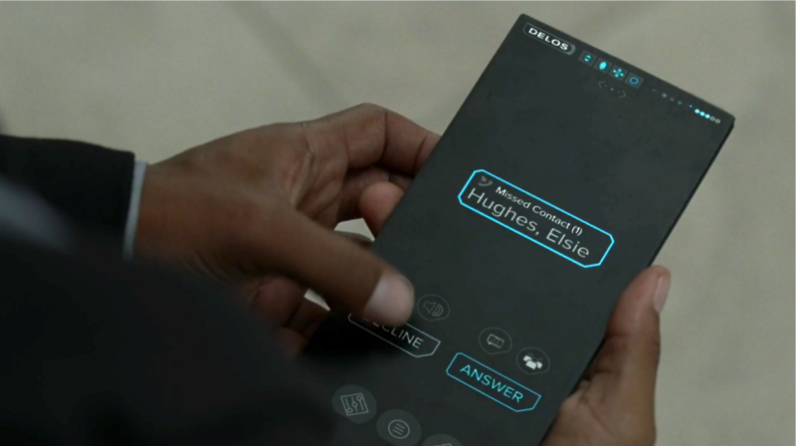 Westworld is long over, but there was one thing in the series that got lodged in my brain and hasn’t left since. It wasn’t the cool sex robots. It wasn’t the amazingly selective guns that can’t hurt guests or the fun folding tablets. Out of all the awesome technology in Westworld, the only thing that really stuck was the existence of non-annoying voicemail.

Somehow, humanity has been struggling with voicemail since its inception sometime in the mid-seventies. Or at least since 2009. In a very thorough piece on Gawker, writer Joe Veix picks apart the convoluted history of the technology and spots the moment the media starts trumpeting ‘The Decline of Voicemail,’ starting with a 2009 NYT piece titled “You’ve Got Voice Mail, but Do You Care?”

The answer to that question has since remained a resounding ‘no.’

The whole concept is just extremely inefficient: someone calls you, you don’t pick up – maybe because you’re busy, but probably because you just don’t feel like it – they leave a spoken message that’s always too long, you get a message that person has left a message, you call a certain number, you listen to the message which usually boils down to ‘call me back,’ you hang up angrily because why the hell can’t someone just text you instead of making you go through all of this, you call that person back and that person tells you everything they said in voicemail AGAIN. Seriously, fuck voicemail. It’s basically an evil way to force the person you want to speak with to waste time.

Except in Westworld. Somehow, the people imagining the show managed to invent something that would free humanity of this awful scourge. And it’s so beautifully simple. I won’t spoil anything, but when one of the shows characters calls one of the other characters and he doesn’t pick up, this happens:

Instead of having to call his phone carrier of the future, he can just read the voicemail she left and call or text back instantly, saving him at least six steps and heartburn. Why can’t we have this! I’d take all the shortcomings in voice to text conversion for granted – it might even be kind of funny if it makes mistakes in the message some telemarketer or debt collector leaves.

I did some googling, and apparently it does exist – kind of.

On iPhones, it’s possible to have voicemails transcribed to text, but the process to do so is kind of convoluted and barely shaves off any steps or amount of frustration. Also, it’s only available if your carrier supports visual voicemail and your language is set to English (US or Canada). Apparently this is also possible on Android phones, but we couldn’t for the life of us figure out how to turn it on.

For anyone working on iOS, Android or Windows Phone, consider this a heartfelt plea to develop this. I won’t mind if it sucks a little. I think no one will. Anything is better than the voicemail we have now.