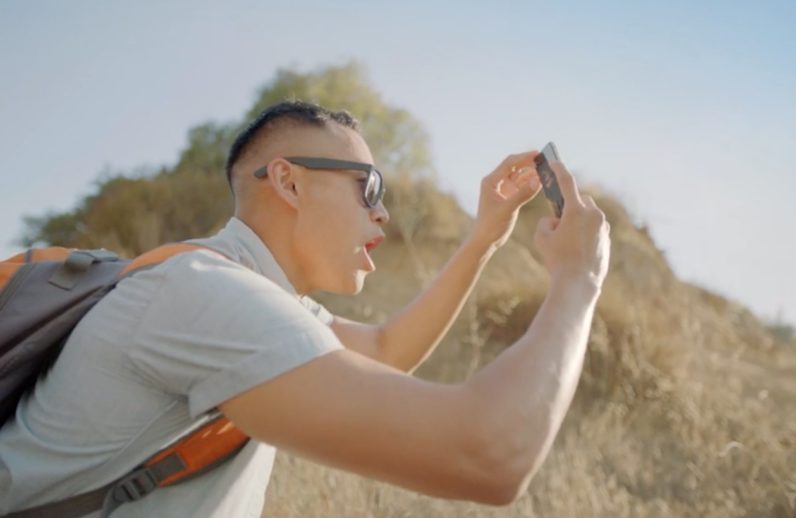 Instagram Stories is a new feature that lives at the top of your newsfeed and allows you to pop in a stream of photos that expire after 24 hours, just like Snapchat. You can try following mine, for example, for endless pictures of my cat.

First of all – let’s acknowledge the elephant in the room: Instagram basically copied the entire concept of Stories verbatim. Everything from the way you create them, to how you browse through is clearly influenced by Snapchat and it’d be silly to say otherwise.

Here’s the thing, though: Instagram’s Stories feature takes what Snapchat built and out-innovated them with their own spin on the storytelling interface.

Instead of lifting the entire experience straight from Snapchat and just slapping some lipstick on it, what Instagram has built is actually better and more well considered.

Snapchat’s problem – which might be slightly intentional – is that it’s always been confusing and opaque to use. Adults frequently complain they have no idea how to use the service, while generations of millennials gleefully enjoy it without needing to be taught

Instagram took that confusing interface and did what it’s always done best: Made it useful to the masses, with a number of improvements that make it far more enjoyable to use.

There are hints throughout the interface of both how to use it, and the simplicity that the company’s chosen to use.

Instagram Stories have all the fancy drawing features you’d find on Snapchat, but less buttons and options to get in the way of actually sharing your photos – like the very first version of Snapchat back in the day.

To reduce confusion Stories focuses on obvious, labeled buttons instead of swipes and offers information on where you are exactly in the app right now. There’s always context for what you’re looking at and where to go next, something that’s frequently lost in Snapchat.

Instead of swiping up on a Snapchat photo to send a quick reply, Instagram has an explicit ‘Send Message’ button that helps guide the way – all of these simple things add up to an experience that’s far more enjoyable.

Most powerful of all is Instagram’s current perch in the social world – it’s already got a network full of people actively using the app to make friends, follow new people and discover different parts of the world. That’s the killer feature Snapchat doesn’t have: the sense of community.

It’s only day one, but it’s liberating to be able to see the stories of people I’ve never met, but followed on Instagram for years – now I’m able to get a peek into their daily lives.

That’s a bombshell for Snapchat, which still has no conceivable way to find others unless you somehow know their username.

On Instagram Stories, I can see someone has interesting, beautiful photography – then follow their Story to see the real, unfiltered human parts in between.

It’s the perfect combination for an app that’s struggled to break beyond the ‘picture perfect’ photos, a trap that I’ve fallen into myself, but I love that now there’s a way to show real life, without actually blemishing that feed.

This isn’t the first time that Facebook, Instagram’s parent company, has tried to emulate Snapchat in some way – Slingshot, a similar app from a number of years ago, almost ripped every feature, but it didn’t stand a chance since it was a separate thing you had to download which was too much effort for most.

Instagram Stories, however, stand a real fighting chance against Snapchat: It’s where millions of people already are actively browsing their feeds, every day, and it’s just an app update away.

In a world where it often feels like nobody can ever beat the juggernauts, like Uber or Snapchat, since they’re so popular already, it’s easy to forget a feature like Instagram’s Stories could swallow their entire business model whole – if you’re willing to try it, at least.