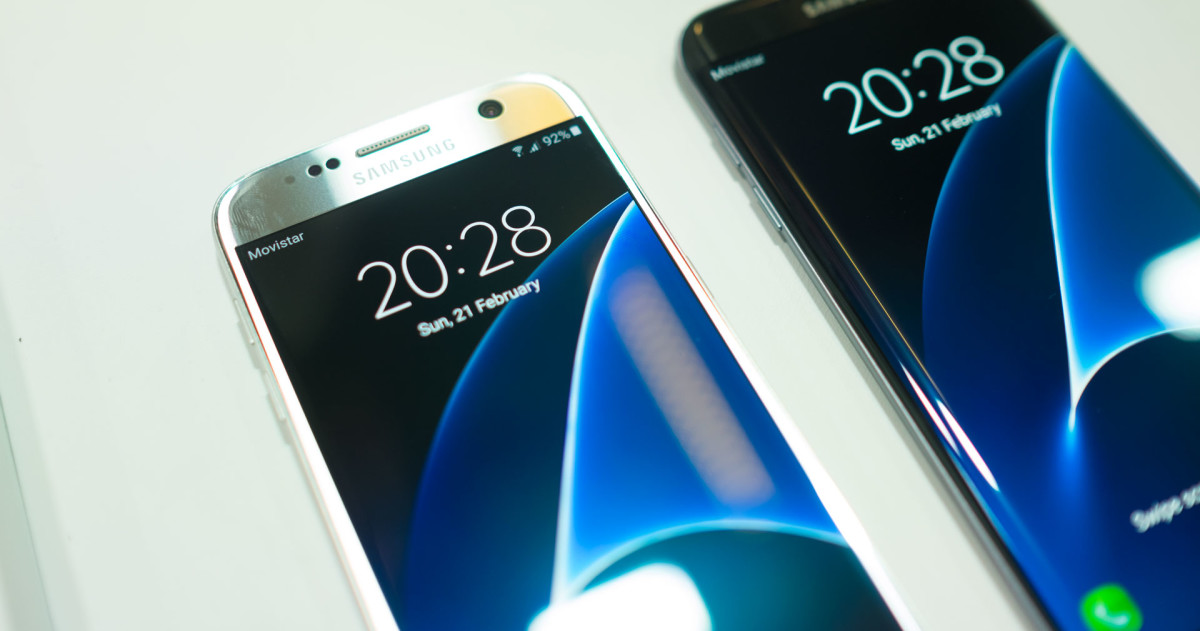 It’s been a while since I paid any serious attention to Samsung devices, but at MWC the company caught my eye. The S7, which was announced on Sunday at the company’s Unpacked event doesn’t look all that different from last year, but it’s making me jealous.

Samsung’s embrace of building an ecosystem around its devices as well as the features it’s adding on top of Android are starting to look incredibly appealing, while Apple remains in a walled garden.

The design of the S7 Edge is attractive — it’s actually a surprisingly good looking phone, even if the edge features seem ridiculous. Mostly it’s just nice to see something different in a sea of rectangles.

The always-on display mode is one of the more compelling features I’ve seen in a long time, and something that makes complete sense.

I’m always flicking my iPhone’s screen on and off to see if there’s anything new, but the idea of being able to just glance at the phone without impacting battery life is something I’ve wanted since I saw it on Nokia’s defunct N9.

There are a number of other features that look interesting too, like fast charging, the upgraded autofocus in the camera and the low-light support. All small improvements that the iPhone should have but still doesn’t.

But what’s really interesting is how Samsung is expanding the S7’s appeal through other devices.

The Gear VR, for all its flaws and gimmicks, is a compelling addon for a smartphone that’s already garnering a budding ecosystem — it showed off impressive, serious gaming demos from Epic Games, which hasn’t traditionally built for mobile phones.

On top of that you’ve got the Gear 360 which lets you film 360-degree video then send it back to your phone in a few seconds for viewing or sharing. It might be a gimmick, but it’s very cool to see in action.

On the software side, there’s a number of subtle, but interesting new smaller pieces that show the company has been paying attention there too.

The S7 has a gaming mode that lets you disable notifications, take screenshots or even create recordings of games as you play them. It floats a button off to the side that lets you pull up a menu with these features in a few seconds.

Another feature allows you to extend the built-in camera’s features by downloading additional modes from Samsung directly as it releases them. Samsung Pay, which at first looked like a total joke, is looking like a formidable alternative to other payment services given that it works with almost every payment terminal out there.

Most of all, Samsung’s Touchwiz interface is even less offensive than ever, and the company has started paying attention to the design details.

A good example of this is that it plans to regularly release cute illustrations for the always-on display, something I could’ve never imagined Samsung doing in the past.

Here’s the thing: I like my iPhone a lot and won’t be switching anytime soon given that it’s guaranteed updates, works reliably, what Apple stands for in privacy is important to me and that the Apple Watch is so damn good — but Samsung is truly building a formidable competitor to Apple’s walled garden.

As Apple has dragged its heels in areas like virtual reality and opening its platform, Samsung has done the opposite and it appears to be working: by embracing a wider ecosystem of devices and listening to customers it’s actually turning itself around.

I’m skeptical that Samsung’s devices will last long-term like my iPhone will, especially given that it’s shocking at releasing Android updates in a timely manner and can’t be trusted to service its devices properly, so there’s a way to go before I even consider the jump.

Still, Samsung has my attention again — and it’s finally making something that might be worth buying.

Read next: Oppo's new battery tech can fully charge your phone in 15 minutes