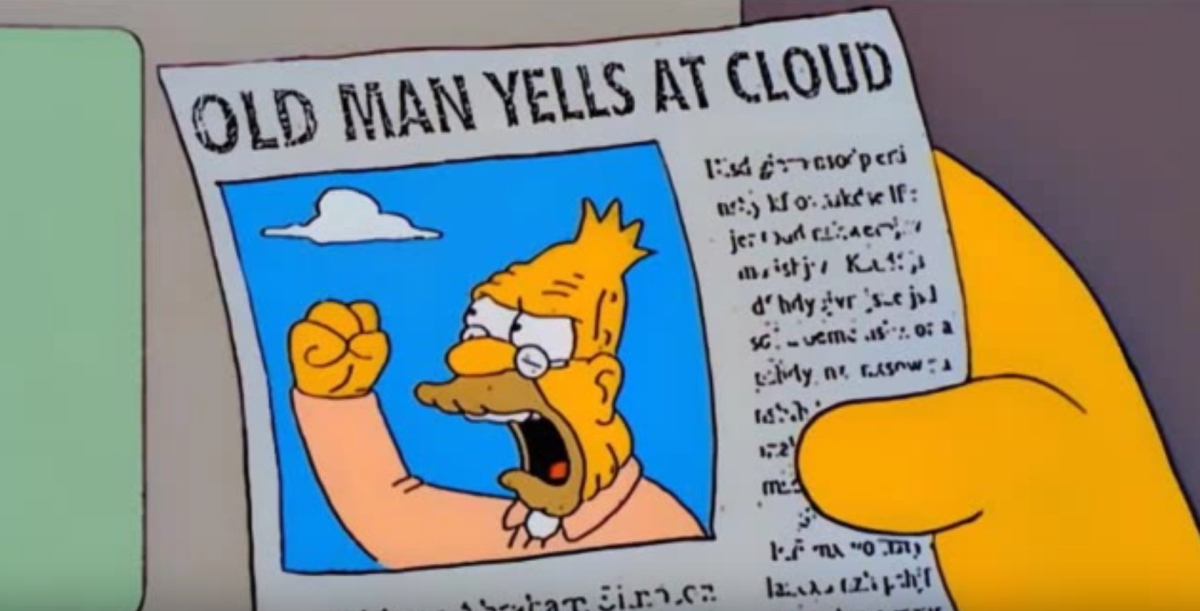 This morning, I was late for work because my alarm didn’t go off. The problem? It couldn’t connect to the WiFi, so the device turned into a glorified paperweight instead.

The best part was the push notification I received in the middle of the night and only saw this morning — “please connect your Sense to the internet, we lost your WiFi credentials!”

There’s so much hype about the Internet of Things replacing our humble, disconnected gadgets right now, but few people talking about what that looks like in practice: many internet-connected devices can be kind of shitty at times.

Just last week it was pretty freezing at home, so I tried to turn up the thermostat. I’ve got a Tado, so theoretically I should be able to do that from my phone… unless the Tado has an IP address conflict, so I stayed cold until it was fixed.

Friends tell me they’ve had the same problem with other ‘smart’ thermostats too.

Canary, which monitors my home’s security, started sending me batches of push notifications last week when away on holiday about “activity detected in my home.” That message alone was enough to make me panic, but hey, it turned out to be a moth flying around.

How about when your lightbulbs need an upgrade — make sure not to switch them off, or risk them being unable to boot anymore.

The frustrating part is I love these smart internet-connected devices and find it hard to stay away from them. They provide a peek at the future where everything just works and can be controlled from a single device, not a bunch of disparate gadgets around the home.

It’s awesome and magical when it does work — I can change the temperature at home before I actually get there — but it needs work.

My app-controlled thermostat, my smart alarm clock and the notification-happy home surveillance system are all really good products, but the always-connected future can leave you constantly frustrated right now.

The Internet of Things promised this amazing future where we’d unlock our houses with our phones, change the temperature with our voices and play any song with an app, but frankly, it’s hard to trust. When it breaks, it hurts in the most frustrating ways imaginable and nobody has it figured out yet.

My door requires a key, but I sure as hell won’t be replacing it with an internet-connected lock anytime soon for this reason.

I’m sure it’ll be better in the future, when companies like Apple, Google and others stop fighting over which platform will be the reigning ‘standard’ used for the connected home, but until then, it’s pretty shit.

Read next: It's not just Facebook that goes down: the cloud isn't as robust as we think