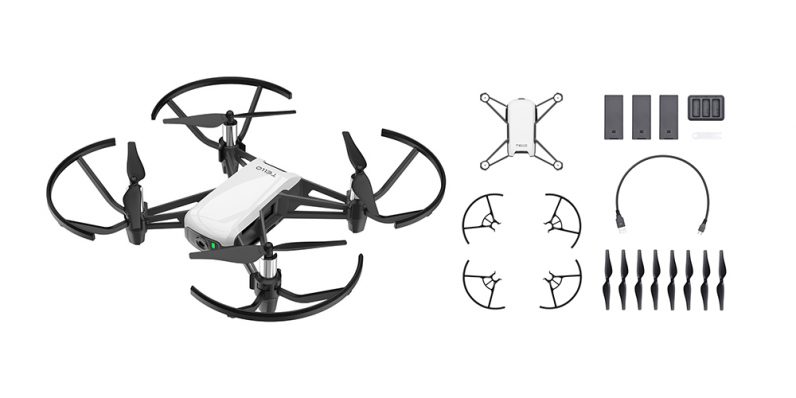 TLDR: It’s the drone that flies like a dream, caters to beginners and costs under $100

We’re all in agreement. Drones are cool. And with everybody wanting to get their hands on the controls of these awesome big-kid toys, the variety of drone options is quickly becoming as vast as the sky itself.

Top-end models for deep pocketed pilots can rival the price of a used car. But if you’re like the rest of us, just looking to get into drone flying with a quality, easy to use craft at a reasonable price, the Ryze Tech Tello Quadcopter Powered by DJI is turning some heads. It’s available right now from TNW Deals for just $99.

Beginners will feel right at home with the Tello Quadcopter. It connects quickly to controls on a smartphone or even a wireless gaming controller. At just under four inches across, you can easily launch the craft right out of your hand — or just by flipping it into the air. The unit’s automatic takeoff and landing feature make it simple for new flyers to get started safely. And there’s even low battery protection that’ll help the Tello land itself if it’s running low on juice.

When you’re airborne, the drone’s on-board camera can shoot and transmit your video in HD 720p resolution with image stabilization as you run through an assortment of pre-set camera moves like 360-degree pans or selfie tracking shots. Of course, if you want to fly like a bat out of hell, the Tello can also handle all the crazy flips and other nifty aerobatics found in drones that are much more expensive.

The Tello flies for up to 13 minutes on a single charge, allowing you to capture fantastic aerial video or just fly casually for longer than many other starter drones.

We could make a bad pun here about how the Tello Quadcopter can get your piloting career off the ground…but we respect you enough not to. Instead, we appeal to your love for saving money by getting this great starter drone in the sub-$100 range before this deal expires. Or snag the Ryze Tech Tello Boost Combo Quadcopter for $149.

Read next: For under $20, Adobe Photoshop will never feel complicated again.