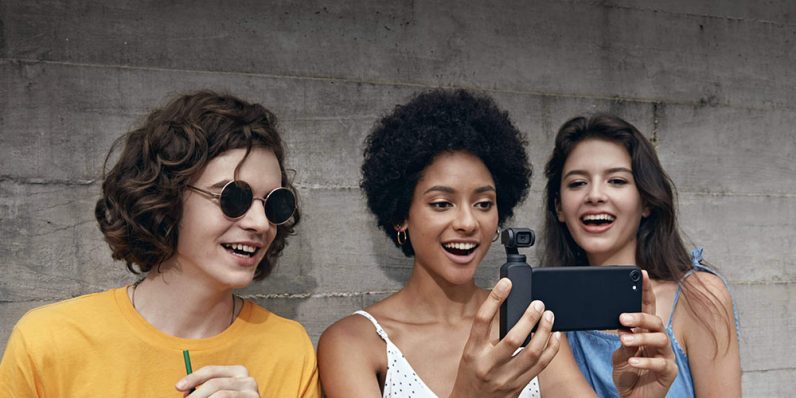 For those poking around for ways to improve their smartphone photos and video, the simple steadying influence of a quality gimbal can make a world of difference. But while gimbals can be insanely helpful in shooting, they also tend to be a little bulky. When you end up with enough hardware in your luggage to look like you’re a traveling cinematographer on a Scorsese picture, you’re going to want to lighten the load.

Instead, you can step up to a perfect travel-friendly accessory in the gimbal stabilizer and 4K camera combination DJI Osmo Pocket Gimbal. It’s available now for just $319 through TNW Deals (until July 16th).

Unlike many Osmo units, this one doesn’t even need you to strap in your phone. The Pocket is equipped with its own on-board 4K-capable camera for recording gorgeous video and snapping crisp still images, all with the 3-axis fluidity and cinematic sweep found from expensive Steadicam mounts.

And best of all, the Osmo is so tiny, you’ll barely realize you’re carrying it.  At less than 5 inches long and weighing only 4 ounces, it’s the smallest Osmo unit ever, while still delivering seamlessly clean footage. Everything from selfie video to 180-degree panoramic landscape images will be improved with intelligent features like ActiveTrack and Motionlapse, offering compelling creative choices most phones won’t give you.

Once you’ve finished filming, DJI’s Mimo app will help you edit up your video right on your Apple or Android device with an assortment of cool editing, filter and music options to make your video shareable in minutes.

The DJI Osmo Pocket Gimbal is one of those gadgets guaranteed to attract attention for its huge versatility as well as its modest $319 price tag for a limited time.

Read next: TaoTronics' $90 headphones are good at noise cancellation, but not much else