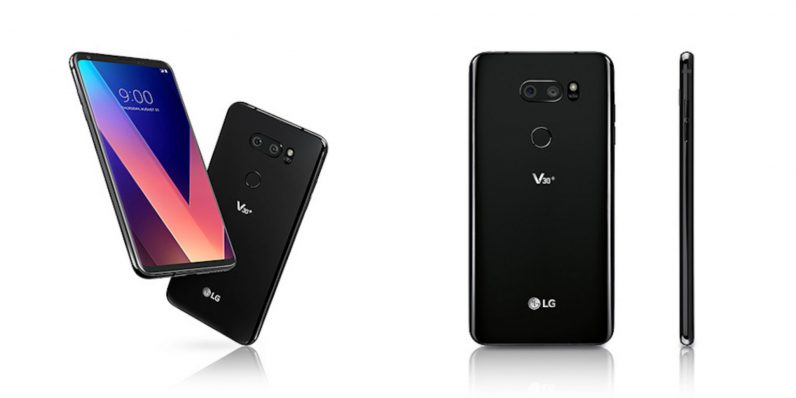 Raise your hand if there’s somebody on your holiday shopping list asking for a new smartphone this year. Well, nice to see we’re all in the same boat.

It’s not often that you find the place where top of the line smartphone technology meets deep holiday discounts, so when you find it, you should jump. Case in point, the LG V30+ 4G LTE 128GB Unlocked smartphone, an $800 item you can snatch up right now for just $392 from TNW Deals with promo code: GREENMONDAY20.

And no, this is no cheap knockoff burner phone. The LG V30 is the model that had TNW’s own Napier Lopez doing cartwheels, saying, “LG finally did it: it’s created a phone that feels as premium as anything Samsung has to offer.”

One look at the specs proves what Napier is talking about. The LG V30 sports a dazzling 6-inch P-OLED 1440×2280 resolution screen that stands shoulder to shoulder with a Galaxy or any other elite-end Android model. It’s got dual rear cameras, a Qualcomm Snapdragon 835 processor and 4GB of RAM, all vastly respectable stats versus any current device.

Meanwhile, the V30 is also a super stealthy pickup for any audiophiles with a Hi-Fi Quad Digital to Analog Converter, which essentially turns digital music analogue. Music heads will tell you that means you can crank speakers and headphones all the way up to 11 without suffering from ugly digital distortion.

Since it comes unlocked, you can use the V30 with any carrier you want, assuring any current personal or family service plans won’t get in the way of a killer gift.

It’s only crime is it’s a late 2017 phone, currently battling models released just a few months later. In a game where buyers often equate new with better, savvy shoppers are scoring a big find with this phone at over 50 percent off.

Read next: 80% of wallets holding Bitcoin contain less than $100