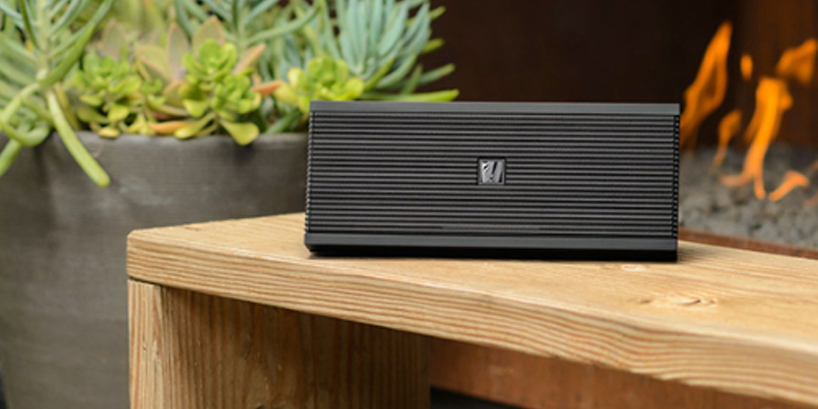 The SoundFreaq Sound Kick is one of the best Bluetooth speakers you can buy. With excellent sound quality, it’s received stellar reviews and been called the “best speaker under $100” by critics and users alike. Today, we’re changing that to the “best speaker under $50” – our deal brings an awesome 50 percent off, taking the price down to $49.99 for the first time ever.  Better yet, you can get guaranteed delivery by Friday, June 19 for Father’s Day.

Despite being only 1.6 inches thick, it is equipped with a pair of 2.3-inch drivers, which utilize “UQ3 spatial sound enhancement” to produce seriously attractive audio. It also offers wireless music streaming via Bluetooth, and an internal battery that lasts for seven hours of playback. You can charge your phone from it, too.

Reviews say that these specs translate to a great sound. Beyond receiving excellent reviews from top critics, it’s got 4.3 stars on over 500 reviews on Amazon. But you won’t want to pay that Amazon price…

Right now, TNW Deals has the Sound Kick for $49.99 with free shipping in the US, which is 50 percent off the MSRP, and the lowest price it has ever retailed for. To take advantage of the limited-time deal, head for the link below.

Read next: Twitter is making it easier to track conversations under tweets