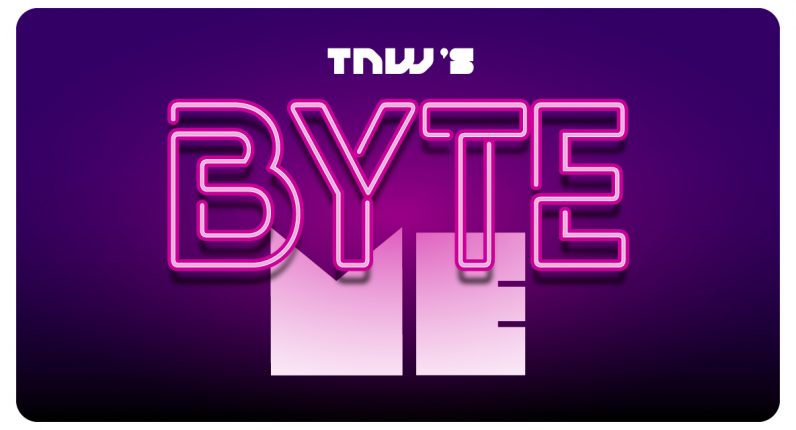 Let’s face it, the tech industry can be bro-y as hell. So, we’ve made this special game of Bingo for you to play at your workplace — if you have to deal with sexism, you might as well try to make it fun, right?

We hope you, er, don’t win… but if you do, tweet us using #ByteMe and you win the burden of being a woman in tech and our attention!

These same lawmakers definitely think we pee out of our vaginas.

Today I thought I saw a woman dressed as a handmaid about to jump from a building. I called 911. pic.twitter.com/EIrz6wR0bz

Prepare for a whole series of dudes to give you a lecture on why *actually* this is fine.

I’m not bitter for having to be freezing every minute of my career but If I ever get my own writers room, it will be so hot that the one man in it will be seated by the window, with his head sticking out of it, gasping for air. https://t.co/4zMbtXujhK

P.S. We’re obsessed with this show, and if you haven’t watched it yet you should go to jail.

that’s what she said: do feminists need to be social media activists?

For this month’s that’s what she said, we’re discussing social media activism, and whether feminists should feel obligated to participate. We’ve linked to our full discussion here, and included the TL;DR below…

Anouk: As a self-proclaimed feminist, should you take part in social media activism?

Georgina: For me, I don’t personally take part in social media activism. I appreciate it, and support it, but it’s not something I do — mainly because I don’t add much personal stuff or opinion to social media in general.

Cara: People can be activists in different ways, obviously, and being a social activist is just one way.

Georgina: I like that it’s democratized activism — everyone with internet access can participate. I like that it spreads information at high speed, and that it can have powerful consequences.

Anouk: But it doesn’t always feel like a democracy… On Twitter, often the people who shout the loudest drown out other voices.

Georgina: Definitely, but its effectiveness also really depends on the goal. For example, the recent #SexStrike started by Alyssa Milano over restrictive abortion laws was more about starting a conversation. With #MeToo it was about revealing the vast number of people harassment affects. Sometimes shouting is the goal.

Anouk: What do you both think about calling shit out on social media as opposed to physically attending strikes, events, and protests?

Georgina: I think both can contribute to a cause. You don’t need to be there in person. Also, IRL activism can be just as virtue-signaling as online activism — often it seems like Women’s Marches are social media events? Which isn’t necessarily a bad thing.

Anouk: I guess what sometimes annoys me about social media activism is that it often pushes for extremes and dismisses those who try to find compromises, while that’s probably the kind of activism that can realize real change.

Cara: This also ties into companies using feminism as PR.

You can check out our full discussion here, where we talk more about the #SexStrike, using feminism as PR, and how we use our platform ;as writers to contribute to causes we care about.

Feel free to comment on the document with your thoughts, or send us an email.

In this section, we ask women much smarter than us about the best and worst piece of professional advice they’ve ever received. This month’s is from Estelle Caswell, music journalist and video presenter for Vox’s Earworm.

Best? “You can change careers and jobs as much as you want — that was a very freeing piece of advice to embrace.”

Worst? “Get very good at one thing.”

stop saying “braver than the troops”, an imperialist country terrorizing a poor one isn’t brave. you know what’s brave? girls who shoplift from sephora

As one of the contenders in Oxford Dictionary’s “Word of the Year” race in 2017, “broflake” is less obscure than words we normally pick, but equally important to incorporate into your daily vocabulary.

The word is obviously a contraction of “bro” and “snowflake” — so we’re talking about a bro-y snowflake here. Someone who is crass on the outside but delicate and weak on the inside.

It’s that guy who reads an article about Snapchat filters being problematic for the trans community and can’t help but apply this to his own insecurities (looking at you, Luigi):

It’s the personification of a constant, stifled cry: “BUT WHAT ABOUT ME?”

Here’s how to use it in a sentence:

After seeing Colin Kaepernick take a knee during the national anthem, the broflake shouted “Politics has no place in sports!,” spilling his cheesy nachos over his beer gut.

Read next: How to watch Apple’s WWDC 2019 keynote live