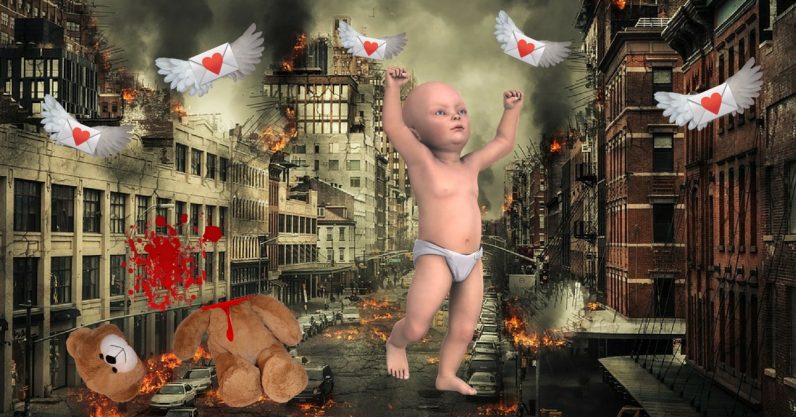 We published an article looking back at the seven things we learned from Big Spam’s first year. In it, we talked about how people hate change, our Las Vegas casino aesthetic, and our favorite subject lines.

As soon as we hit publish, we realized we’d made a terrible mistake. There were so many lessons we’d forgotten we’d learned, and we immediately started to write the second part, which is this bad boy right here.

In our last article we talked a bit about how we used features like polls to engage subscribers. But it turns out anger is also a great tool to get people to subscribe in the first place.

We’re no marketing experts, so to get people to subscribe we figured we’d channel the spirit that inspires Big Spam’s creation every day — the holy goddess of irritation.

This was one of our favorites:

We got lots of complaints, and new subscribers.

Eventually our marketing campaign evolved into creating tabloid covers of that day’s newsletter:

Not subscribed yet? What are you waiting for 👉 https://t.co/AoAovaTFrc pic.twitter.com/5GVIJ3LD8L

It was really fun, and we got even MORE subscribers, but it took a long time to make. We’re bringing it back soon.

Lesson 9: Get people to do your job for you

One day, an unwitting PR person sent us a pitch in an openly editable Google Doc, so our writer Matt Hughes destroyed it.

This gave us an idea: What if we sent out an openly editable Google Doc and made our Big Spam subscribers write the whole damn newsletter for us?

We did, and they did.

We were initially very nervous about sending an open forum out to a lot of strangers we don’t know.

After all, Godwin’s law states that the longer an online discussion continues, the more likely Nazis or Hitler will be brought up. How quickly, we wondered, would it turn into a nazi porny mess?

Shockingly it didn’t at all — our Google doc became a wonderful cornucopia of memes and “fart” and Comic Sans. You can read the article we wrote about the document here.

The whole thing turned out so well that we even decided to leave the document open as our own weird little ecosystem.

Lesson 10: Don’t be afraid to push your taste on others

You are a tastemaker, and don’t let anyone tell you differently.

Many people look to us for tech news, but we have other interests too. We’re COMPLEX, damnit.

Because nobody cares about news or the truth on the weekends, we decided to use the Saturday and Sunday newsletters for whatever we damn well pleased.

Saturday’s newsletter turned into a recommendation list of reads from around the web that are too long for your poo break at the office.

We also include our favorite things we listened to during the week — podcasts, a playlist of the songs we use to drown out the voices, and other nice things that belong in your ears.

You can listen to our Big Spam Weekly Ear Tingles playlist here.

And we made a newsletter — curated by Alex, our lead designer and head of the Netherlands’ UFO Disclosure Office — to prove it.

Lesson 12: People get sick of puzzles

This was an idea that we thought was brilliant but our readers quickly grew tired of.

“Are you dumb?” was a short-lived daily puzzle we created. We’d use emoji, GIFs, and letters to illustrate song titles, movie titles, and more.

This eventually turned into a scavenger hunt, where we’d illustrate titles of articles, and subscribers had to search for them on our site and put a 💩 in the comments when they found it.

Cute, right? Plus hilarious for me when my colleagues were wondering why people were littering their work with poop.

At first it was really popular, but responses began to wane after a while, so we put it down like your childhood pet.

We won’t hit you with a part three, so don’t panic. If you enjoyed this, read about the first seven things we learned, or subscribe to Big Spam and join the party. All the cool kids are doing it.

Read next: Hollywood's making 'Just Dance' and DDR movies, but why?