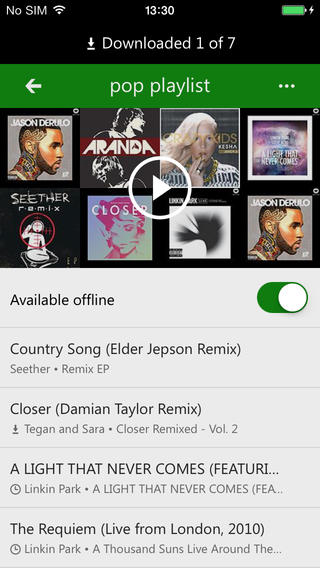 Microsoft launched its Xbox Music apps back in September, but there was something pretty significant missing: offline playback. That’s now been remedied for the iOS app, which has been updated to allow users to make playlists available offline.

Though not unexpected, this is a much needed addition as rivals Spotify, Google All Access Music, Rdio and Deezer all already offer offline playback.

There’s no word on when Xbox Music for Android will get the feature, which is also part of the Windows Phone app.