Under the fresh ‘TNW Profile’ banner, we regularly shine a light on great European entrepreneurs and startup founders, to learn more about their journey and their business, and what drives them personally.

We kicked off our series of Q&A-styled TNW Profile interviews with Unity co-founder and CEO David Helgason, and the second one also (unintentionally) happens to be about a mover/shaker in the digital gaming business: meet social games maker Wooga‘s co-founder and CEO Jens Begemann.

TNW: Wooga has become one of the top 3 social games developers on Facebook in just 3 years, alongside public companies like EA and leader Zynga. When did you first realize Wooga would eventually become this large?

It was our first game, Brain Buddies, that was the first sign we were onto something special. The game was set to launch early July 2009 with the goal of reaching 1 million monthly active users by the end of the year. For us, that was a huge goal.

By October, we had reached the 6 million mark, far surpassing our expectations and it was then that it sunk in that Wooga could be something big. 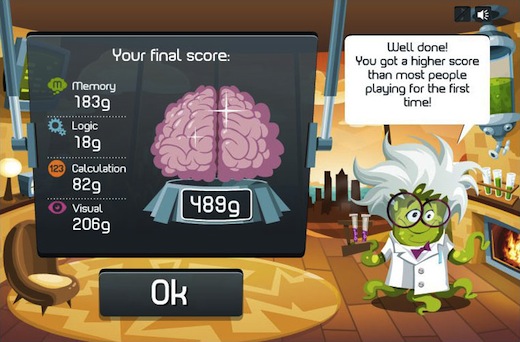 TNW: Zynga still reigns supreme with roughly 285 million monthly active users compared to your 48 million. Do you think you will ever catch up, and if so, how do you plan to pull this off?

It’s easy to get distracted in this industry so we tend not to look towards our competitors. Focus is a key word at Wooga, and it’s the thinking behind everything we do. More games will come, and higher numbers will follow.

We currently have around 180 employees, compared to Zynga who are over 3000, so on that basis we’re proud of the work we’ve done and where we are at the moment.

TNW: Comparatively, you get a lot of users with few Facebook games. Is that intentional, or would you release more games, faster, if you had all the resources in the world?

That is intentional, yes. We have a very big focus on quality and we continue to improve them every week via a/b testing. That’s one of the reasons why the number of active users for our games tends to grow over a long period of time and buck the traditional decline over time trend that the industry used to see.

When we create a new game it has to be of a high level of quality before launch, but it’s equally important to continually improve it over time as well.

We are very well financed, but we intentionally decided to only double the number of employees every year and to not grow faster than that. This allows us to keep our unique culture and make Wooga an amazing place to work – because we can make a difference.

Staying relatively small forces us to only work on the best game opportunities, instead of releasing dozens of games and hoping that some will stick.

TNW: You said in a recent interview that Wooga likes to be on few platforms with high potential (Facebook and iOS, namely). Why is that?

Apple has a well known mantra of focusing on only a few things but getting them right, and we’ve adopted that in many ways. Facebook was our primary focus for Wooga’s first two years and now we’re looking to expand that focus to make great social games for iOS. Why those platforms? They’re both industry-leading platforms in their own unique way and as we make games for everyone it makes sense to focus on the platforms that have the most potential.

Of course, equally as important and possibly more difficult is deciding what not to do. If we had released our games on every platform available I’m sure we wouldn’t be in the position that we find ourselves in today.

How important is mobile to Wooga, and how does your current company structure and operations reflect that?

Mobile growth is our core focus in 2012 and we currently have more mobile games in development than native Facebook games.

We want to build on the success of Diamond Dash and continue to expand on what it means for a mobile game to be social.

TNW: What percentage of mobile Wooga game players are connected through Facebook? Any other recent interesting stats you can share?

When Diamond Dash first launched, 28% of people were logging into Facebook through the app to compete with their friends. That figure is now at 64%, which says a lot about how people want to interact with their friends from a mobile app and it’s this that we want to further explore. There are lots of exciting things to look forward to this year and you’ll be hearing a lot more from us as the year goes on. 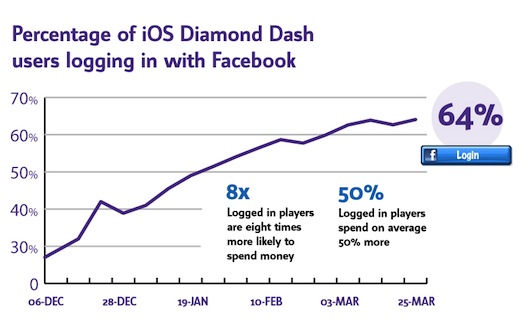 TNW: How do you monetize your games? What works, and what doesn’t, in your experience?

All of our games are free to play, and players can purchase in-game items that range from decor items like themed decorations in Monster World, to consumables like lives in Diamond Dash.

What’s interesting in Monster World is that players, the majority of which are female, are very rational spenders and really value functional consumables over decorations. Players want to see an immediate advantage after purchasing an item.

TNW: How easy is it to forecast revenue or usage numbers for new games?

Our approach is very focused on iteration. Our first goal is to find new users and to retain those users.

Only after we’ve achieved those goals, revenue comes into the picture.

TNW: Overall, and non-specific to Wooga, what are some of the most interesting trends in gaming this year so far?

How do you think the industry will evolve?

The success of the iPad heralds a shift in developer focuses, particularly on the side of ‘core’ gaming. We’re seeing more and more developers focus their attention on the mobile platform, and devices like the new iPad are giving them the tools to experiment with high-concept ideas.

On the social gaming side of things, competition continues to increase and certain developers are rising while others are falling. This is great for consumers and the industry as the benchmark of quality is increasing all the time. Wooga is still growing at a tremendous rate and I’m excited for what the future holds.

TNW: Wooga’s headquarters are in Berlin, Germany, one of the few real entrepreneurial hotspots in Europe.

Assuming that works to your advantage, what are some of the best things about being based in Berlin, and by extension, in Europe?

The creative scene in Berlin and the amount of talented people drawn to the city is unrivalled by anywhere else in the world right now. From a recruitment perspective it’s ideal and has helped us gather a lot of international talent.

Rent is affordable compared to other cities in Europe, which means we’re lucky enough to have a large, quirky office in the centre of the city, something that would have been impossible in somewhere like London. It’s an exciting time for the city and we’re proud to be a part of it.

TNW: Similarly, what are some of the drawbacks from being based in Berlin or Europe? What kind of challenges does that bring?

We can’t quite call companies like Apple and Facebook neighbors, but we’ve worked our way around that so it’s almost a non-existent problem. The benefits of having your whole company situated in one office far outweighs the downside of being in a different time zone to Silicon Valley whilst being based in Europe has allowed us to bring together a very international team.

TNW: How many employees are there currently at Wooga?

We have roughly two new starters per week, which brings our total headcount to around 180 employees from over 30 countries. 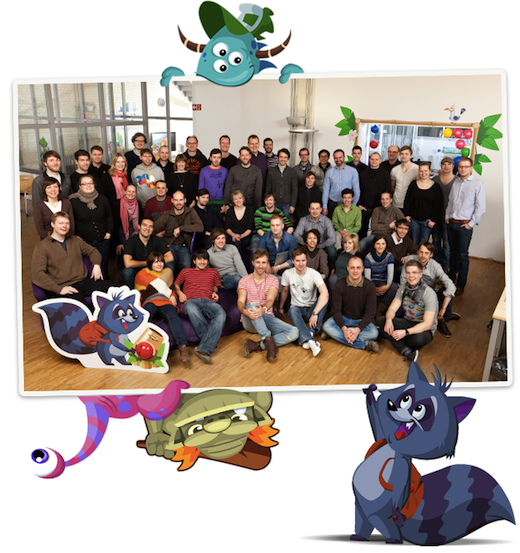 TNW: You’ve raised over $32.2m in funding so far, but you’re battling giants with enormously deep pockets. How long until you need to raise new financing?

We are very well financed and are currently not planning to take further investment.

TNW: What do you look for in an investor?

We have chosen our investors carefully: They are in for the long-run and our board members have been entrepreneurs themselves. They have given us great advice and support us in our sustainable growth strategy.

TNW: Would you consider taking Wooga public at some point?

We currently have no plans for an IPO.