I’ve struggled a lot to find the right fitness wearable.

Smartwatches don’t always have a heart rate sensor, and when they do, it’s often poorly implemented. I like Fitbit’s Charge 2 a lot, and the new Alta HR looks sweet, but sometimes I just want something that looks and feels like a watch.

Enter the Steel HR by Withings (now owned by Nokia), a fitness tracker that uses a traditional analog face along with a tiny embedded LCD. It’s not exactly the most powerful fitness tracker out there, but it strikes a balance of features, aesthetics, and convenience that’s quite refreshing.

While I’m not normally someone who minds showing off my tech (I’ve been known to test one wearable on each arm), and fitness trackers have sleeked up tremendously the last few years, it’s nice to wear something that both works in the gym and looks good with a suit. It’s something that won’t get people to ask you “is that a Fitbit/Apple Watch/’Instert gadget here’?”

On the other hand, I have gotten a couple of compliments on my nice new “watch.” I even like the silicone strap, which is very comfortable and replaceable with standard parts.

That said, I’m partial to the smaller 36mm model with the white face and minimal bezels, but I still like the look of my review unit quite a lot. 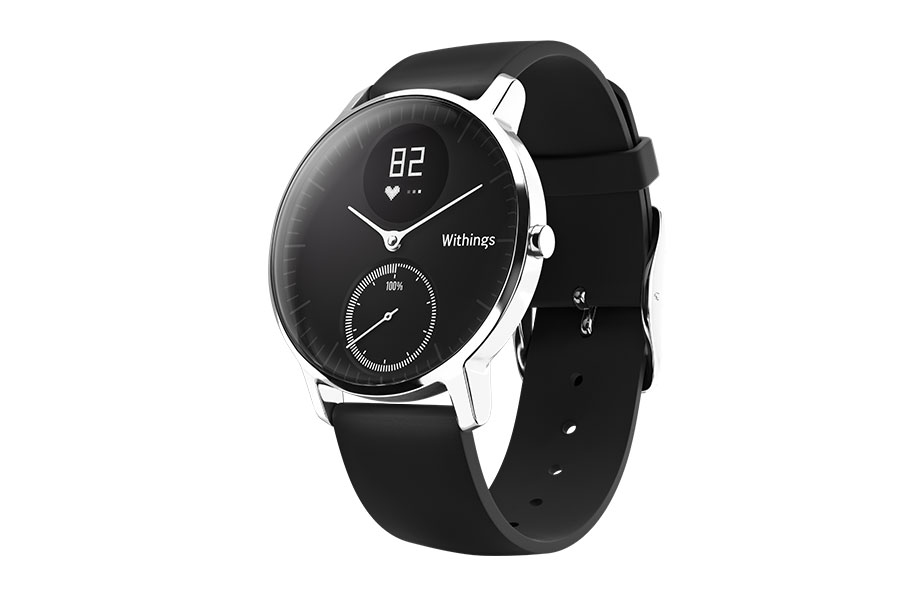 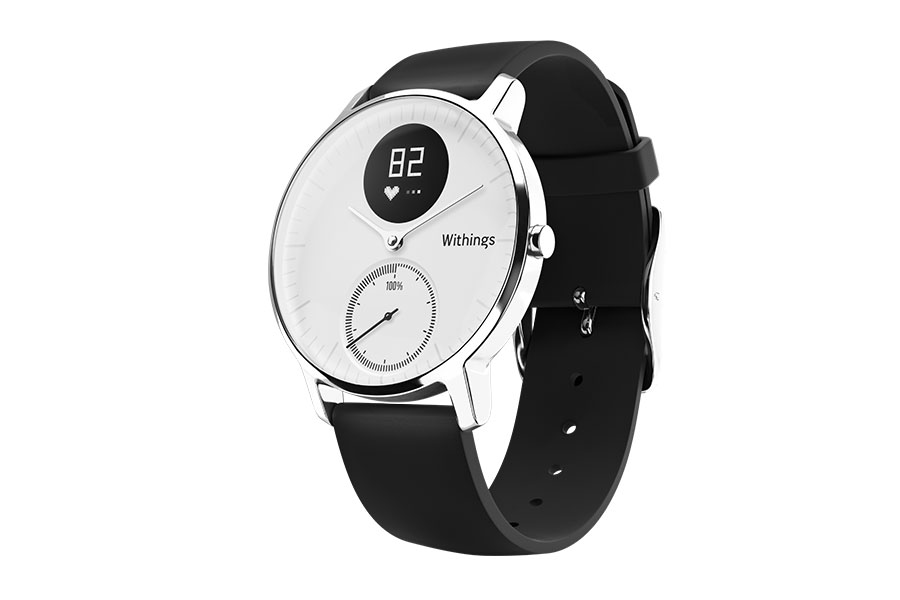 Of course, this is a tech site, and function comes before fashion, so I’m happy to report the Steel HR works quite well. I found the watch to be consistently reliable at tracking my heart rate and steps, generally within a few paces of the Fitbit Charge 2.

Strength training makes up the bulk of my workouts, which leads to sudden heart rate spikes that can sometimes confound fitness trackers. And while sometimes the Steel HR would stop displaying my heart rate as it recalculated for the spike, the device seemed to be pretty spot on when viewing my heart rate graphs in app after a workout.

Steps also seem to be accurate, and calorie measurements were overall more conservative than Fitbit’s – which is a good thing, as Fitbit tends to be overzealous about how much I’ve burned.

The Steel HR only tracks heart rate every 10 minutes, unlike trackers that measure every second, but I didn’t mind as it can automatically initiate a workout when it detects an extended period of activity. In a couple of cases, it activated a workout when I was literally running to a meeting I was late for. Otherwise, you can simply hold down the single button to initiate a workout.

Speaking of the button, the Steel HR’s UI is refreshingly simple. There are just a few panels on the small LCD for information like steps, calories, distance, heart rate, and the date. The smartphone app is simple to use, and the set up process took no more than 3 minutes. Side note: It’s pretty awesome to see analog watch hands controlled by your smartphone.

The watch’s killer feature is really its battery life. It’s the first tracker with a heart rate sensor that I’ve seen last more than a week. Not just that, but Withings’ “up to 25 day” claim seems realistic. I received the Steel HR with an 80 percent charge. It took 17 days for it to reach 3 percent. That’s pretty amazing, and it only takes about an hour to charge back up to 80 percent.

My biggest caveat with the Steel HR is that you can’t change the ‘goal’ hand to count anything other than steps. I don’t particularly care about tracking my steps, and wish I had the option to show my calories burned or consumed (it plugs into diet apps like MyFitnessPal) instead. But that’s an overall minor complaint that will hopefully be addressed with a firmware update (it’s not like the goal complication says “steps” on it).

The Steel HR may not be the most advanced fitness tracker out there, but as an overall package, it’s quite unique. A fitness tracker that looks like proper watch, tracks well, and I can take on vacation with without worrying about bringing a charger feels like something I’d be happy to use long term. Starting at $179, I’d rank it up there with the Fitbit Charge 2 as the easiest fitness tracker to recommend, and even higher up if you want something that actually looks like a watch.