After four years of research, a new conceptual design report for CERN’s 100 km-long Future Circular Collider (FCC) has been released — marking a major milestone for science. Even though it’s only a proposal at the moment, scientists are extremely excited about the prospect of new particle collider that’s roughly four times the length of the previous Large Hadron Collider (LHC).

“This type of research is the engine for innovation for the entire society,” James Beacham, particle physicist at CERN, told TNW, hardly containing his excitement. “An idea like the FCC is something our species has never ever done in history, ever. Any time you go to do something that’s so boundary-stretching — that is so beyond what anyone’s ever even envisioned — it’s inevitable that you invent new technologies and innovate new advancements to be able to make it happen”

“I don’t want to jinx it by saying yes or no,” Beacham says when asked about whether the FCC will be built. “But once you get to the point of delivering something like a conceptual design report in the particle physics world, it’s a high probability that things are going to go forward.”

Obviously, it’s a big deal for a particle physicist like Beacham, but is the possibility of an underground tunnel somewhere in Switzerland also a big deal for us regular folks? It turns out, it’s a huge deal.

In the particle physics game, size does matter. And fortunately for us that don’t possess particle-physicist level of scientific understanding, Beacham says it can be somewhat simplified down to Albert Einstein’s famous formula: E=mc²

Since particle experiments are mostly about slamming particles together at incredible speeds, one of their major limitations is center-of-mass energy — the E in Einstein’s formula which corresponds to the highest speed you can possible get the particles and the energy of the beam up to.

“This E part is what we can control as physicists. So if we work hard enough, we can build a machine that’s able to accelerate particles up to extremely high speeds,” explains Beacham. M is then the possible mass — fixed by nature and possibly waiting to be discovered — of a particle that could pop into existence due to a particle collision made in a collider.

But there’s only so much acceleration the current LHC can provide because the energy (E) you can achieve roughly scales with the size of the collider — that’s why it’s time for a bigger one. Much bigger.

The game for Beacham and other scientists is to discover new things, but it’s getting harder and harder with the LHC.

“When we discovered the Higgs boson here at the Large Hadron Collider in 2012, it was a fantastic discovery. I love the Higgs to death and we all study it all the time here, but that was the last prediction of this thing called the Standard Model of particle physics,” says Beacham.

The Standard Model is basically this “really cool and very elegant mathematical framework” according to Beacham that more or less predicts in an incredibly precise way almost all the fundamental elementary particles we see exist — which is somewhat reminiscent of the scientific breakthrough Russian chemist Dmitri Mendeleev had when he introduced the periodic table in the 19th century and predicted certain elements existed.

If we’d just look at the Standard Model, you might think that we’d reached the very end of physics with the discovery of the Higgs boson — but of course there’s plenty more to discover, if we build a big enough collider. We just don’t know what it is yet.

Science, memes, and a particle collider on the Moon

When the LHC was built, people knew what they wanted to discover with it, but the FCC’s possible discoveries are much more open-ended — which Beacham and other scientists are incredibly excited about. It truly feels like we’re finally reaching science’s outer edges where earth-shattering discoveries are waiting.

Beacham is a big believer in science and feels the building of the FCC would represent pure curiosity. “This is science for stretching the limits of human knowledge. Particle physics is really trying to answer some of the most profound questions any person would ask themselves. Where did we come from? How does everything work around us and where are we going?”

There are a ton of questions that experiments like the ones with the LHC have sparked and for which scientists are trying to find the answers. For example, why’s the universe made up of matter instead of anti-matter? We know dark matter makes up around 25 percent of the universe, but what kind of particle is it? How does gravity play with other fundamental forces? We don’t really have a clue at the moment, but these are the type of questions we could come closer to answering with the FCC, according to Beacham.

But all of this brings up an important question: why should I care? So there’s a bunch of black matter in the universe, big diff.

Beacham is an optimist, so he’d like to believe that anyone who gets the slightest contact with science will see its awe-inspiring potential. “I would hope that if they get a chance to talk to some of us and the research that we do, they would get a sense of the kind of childlike wonder and the curiosity of what we’re looking for. We’re looking for the answers to the biggest questions of science out of pure curiosity. This is science for science’s sake.”

If that isn’t enough for you though, Beacham says that the byproducts of scientists messing around by themselves are enough reason for high-minded quests for knowledge like the FCC.

“My particle physics forbears, back in the day, were just messing around with trying accelerate particles,” Beacham explains. “When somebody said, wait a minute, this is amazing. We could use this technology to image the inside of people’s bodies! So if you’ve ever known anyone that has had cancer detected and treated because of CT/PET scans, it’s thanks to a side product of people messing around with particles to try to understand their basic properties.”

And if detecting and curing cancer isn’t enough for you, particle physics projects gave us, in a roundabout way, the very essence of life: the internet. “One of the banner examples here at CERN is the World Wide Web. It was invented by software engineers right here in 1989 to use this nascent thing, basically for physics nerds to share data more effectively around the world.”

Thank you physics nerds, for all the dank memes online.

Beacham explains there’s also a ton of particle physicists that end up in other sectors as there are a limited number of research positions at the top, meaning their expertise can help improve other fields, both public and private.

Science shouldn’t however just be about guaranteed success — it’s the ultimate pursuit of understanding. We have no way of knowing whether the FCC will be powerful enough to deliver the answers to questions on topics like dark matter, but we have to try.

Even though some scientists are concerned with the price tag — around €9 billion for the first collider and tunnels, and possible €15 billion for a new collider to be built around 2050 using the same tunnels — Beacham says that 99 percent of scientists are on-board and eager to get the project going.

The cost might appear substantial, but it’s good to consider that it’s not close to what Brexit costs UK voters and is only a fraction of the money the world currently spends on warfare and other destructive endeavors.  The FCC’s price, for example, is less than five percent of the US Military’s annual budget and will enable decades of scientific research that might not only uncover new mysteries about our universe, but also lead to beneficial byproducts for all humans.

Beacham is completely undeterred by price tags and has even given thought-inducing talks on building a particle collider that would would circle the Moon. It’s an audacious and seemingly impossible idea, but Beacham uses the extreme example to spark people’s interest in science’s possibilities. It doesn’t matter how impossible it appears right now, we always need to keep pushing the boundaries with projects likes the FCC — it’s what has made us prosper so far.

“Everybody benefits when we support scientists that have this kind of childlike curiosity, like wanting to know the basic rules of nature and how everything works. When you give them what they need and let them explore, everybody benefits from the stuff they have to invent to reach their goals. It’s a really nice synergy.”

Update: James Beacham will be speaking at the TNW Conference 2019 in May. So if you’d like to hear more about particle physics, boundary-stretching experiments, and cool stuff like dark matter — then grab your ticket now! 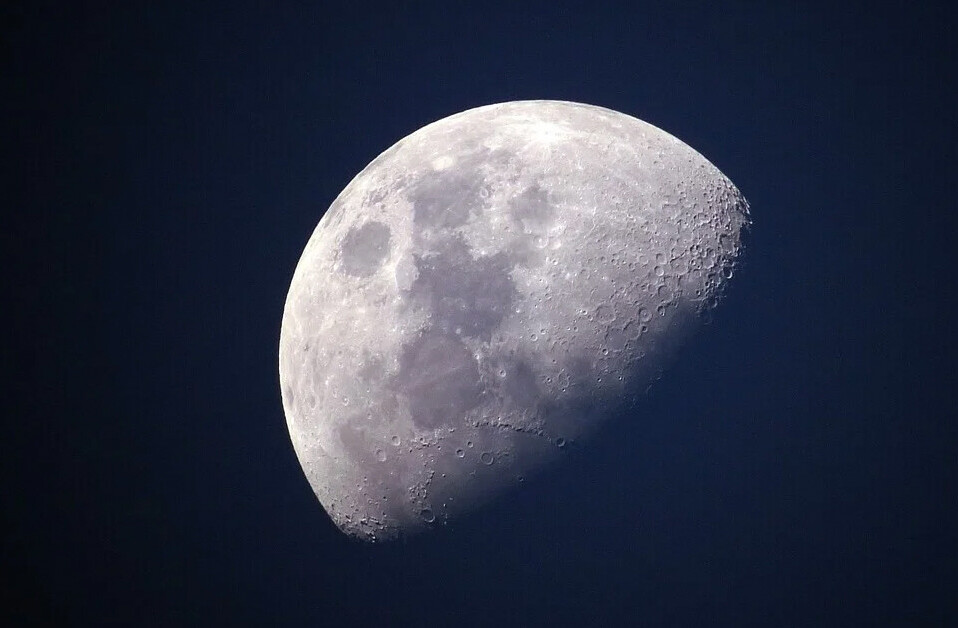 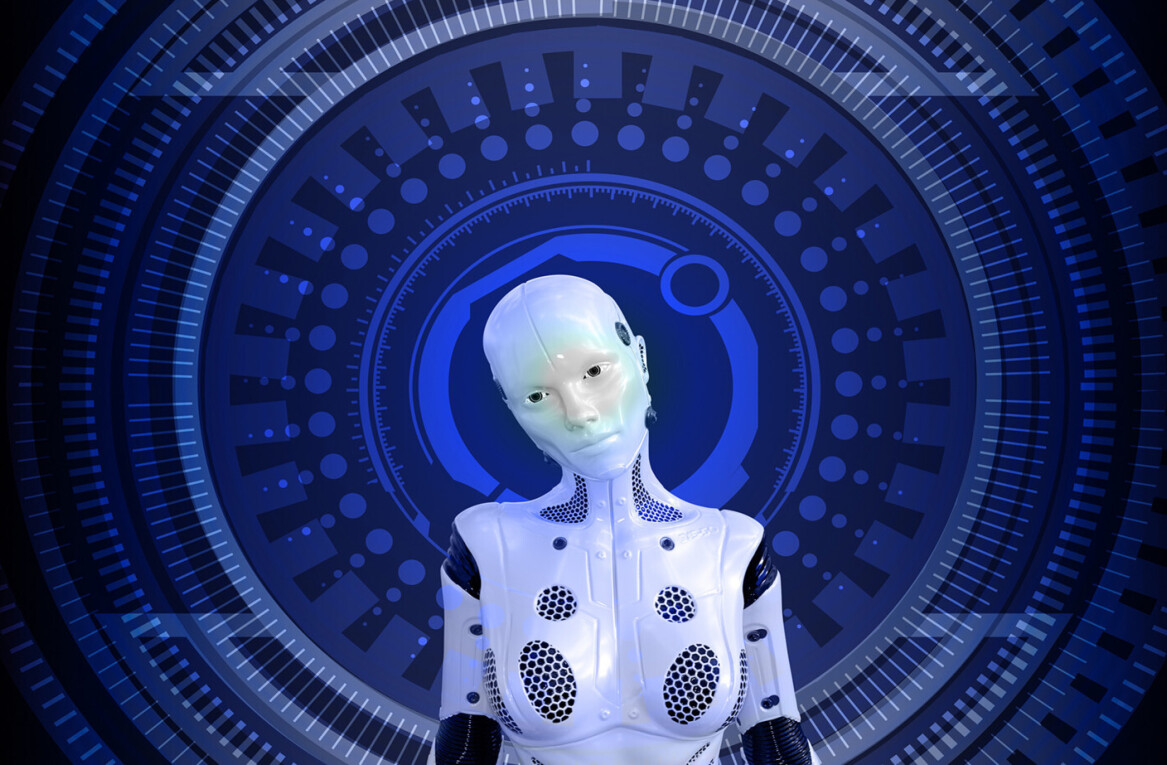